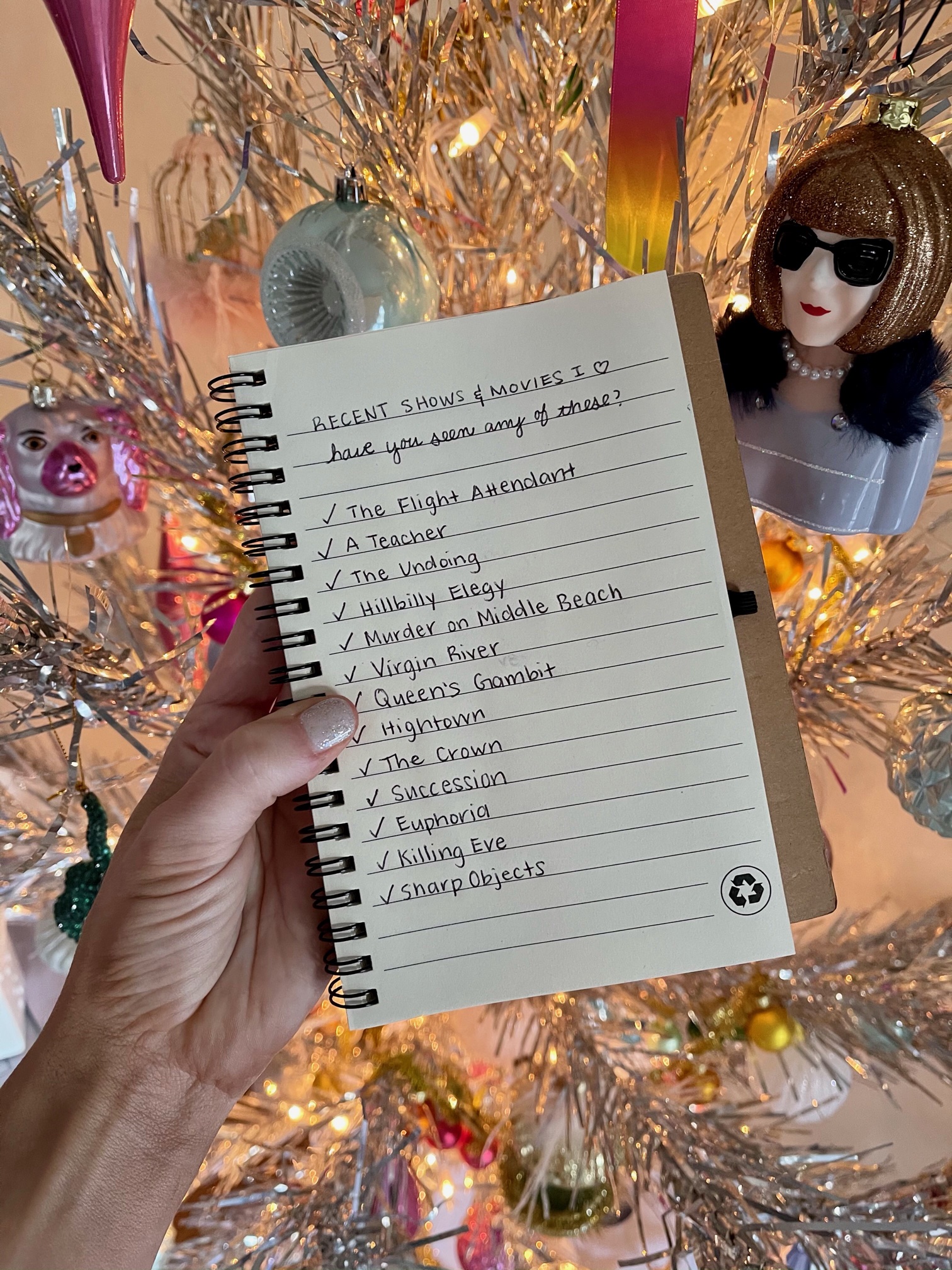 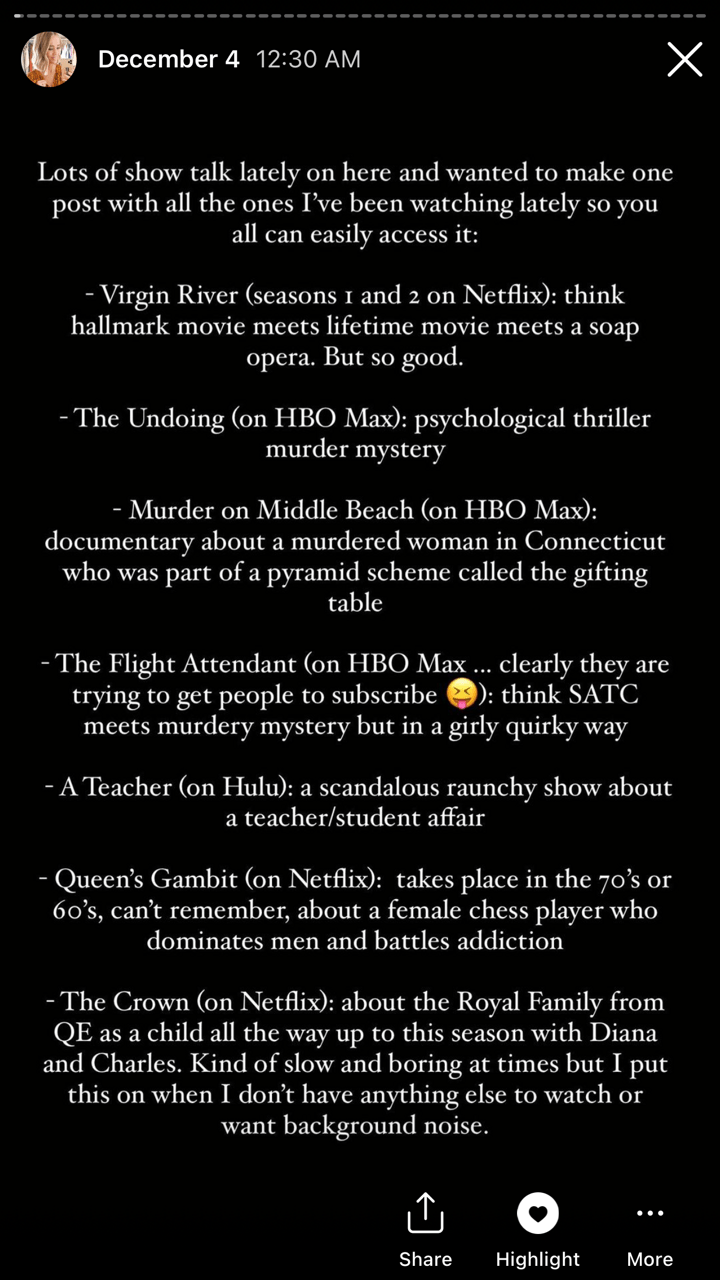 There have been quite a few shows I’ve watched lately that have completely sucked me in. I mean, to the point where I have to stay up and finish the entire series, sucked me in. Does that ever happen to you? Below are a few shows I’ve watch over the past few weeks that I’ve enjoyed and think are definitely worth your time. While you’re at home cuddled on the couch avoiding people and priorities during this holiday break give one a watch and send me your review on Instagram! Happy binge watching!

The Flight Attendant – an American streaming television series based on the 2018 novel of the same name by Chris Bohjalian. It stars Kaley Cuoco in the title role and premiered on HBO Max on November 26, 2020. In December 2020, the series was renewed for a second season.

A Teacher – an American drama television miniseries created by Hannah Fidell based on her film of the same name. The series stars Kate Mara and Nick Robinson. It is produced by FX and premiered on sister streaming service FX on Hulu on November 10, 2020.

The Undoing – an American mystery psychological thriller television miniseries based on the 2014 novel You Should Have Known by Jean Hanff Korelitz. It was written and produced by David E. Kelley and directed by Susanne Bier. The miniseries stars Nicole Kidman and Hugh Grant and premiered on HBO on October 25, 2020.

Hillbilly Elegy – an urgent phone call pulls a Yale Law student back to his Ohio hometown, where he reflects on three generations of family history and his own future.

Murder on Middle Beach – a four-part documentary series directed by first-time filmmaker Madison Hamburg, examines Hamburg’s complicated journey to solve an unspeakable crime and absolve the people he loves while seeking out answers within his own fractured family and community.

Virgin River – Romantic TV Dramas. Searching for a fresh start, a nurse practitioner moves from LA to a remote northern California town and is surprised by what — and who — she finds. Starring:Alexandra Breckenridge, Martin Henderson, Tim Matheson.

Queen’s Gambit – Set during the Cold War era, orphaned chess prodigy Beth Harmon struggles with addiction in a quest to become the greatest chess player in the world.

Hightown – After a body washes ashore during a holiday weekend, a National Marine Fisheries officer is caught up in a web of drama as she tries to solve the case on her own.

The Crown – Based on an award-winning play (“The Audience”) by showrunner Peter Morgan, this lavish, Netflix-original drama chronicles the life of Queen Elizabeth II from the 1940s to modern times. The series begins with an inside look at the early reign of the queen, who ascended the throne at age 25 after the death of her father, King George VI. As the decades pass, personal intrigues, romances, and political rivalries are revealed that played a big role in events that shaped the later years of the 20th century.

Succession – tracks the lives of the Roy family as they contemplate their future once their aging father (Brian Cox) begins to step back from the media and entertainment conglomerate they control.

Euphoria – an American adaptation of the Israeli show of the same name, “Euphoria” follows the troubled life of 17-year-old Rue, a drug addict fresh from rehab with no plans to stay clean.

Sharp Objects – Based on the debut novel of the same name by writer Gillian Flynn (“Gone Girl”), the eight-episode series “Sharp Objects” stars Amy Adams, in her first major role on the small screen, as reporter Camille Preaker, who returns to her small hometown to investigate mysterious, unsolved crimes.