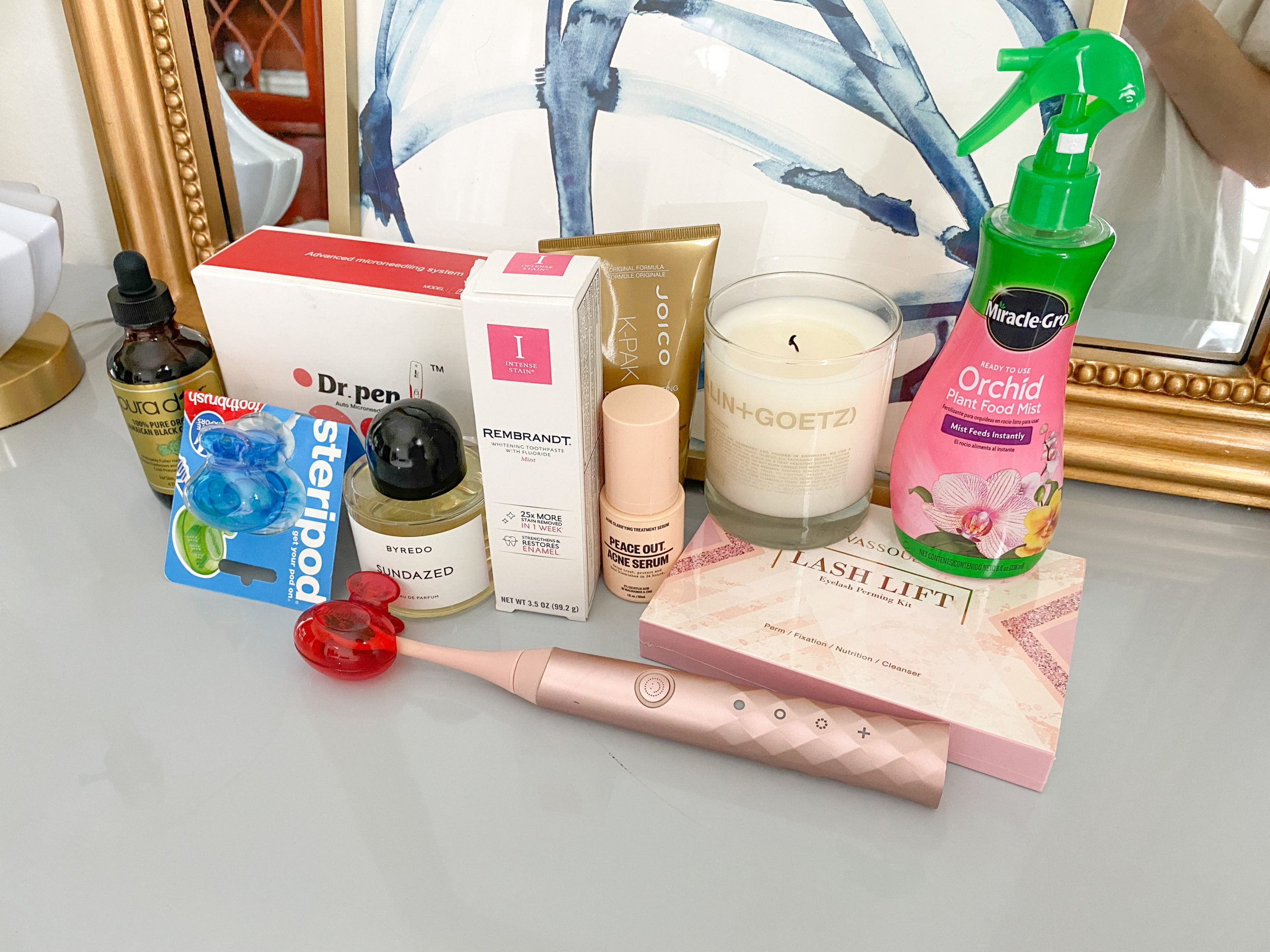 Today’s “random purchases” post is more like a brain dump of things I’ve purchased lately that I’ve been meaning to tell you all about.  Some things I’ve had for a month or two and other things I just got last week, but it’s a good haul! As you all probably know by now, I go in spurts with my late night Amazon purchases.  I’ll put items in my cart over a few weeks time and won’t purchase anything, but then one night I’ll get crazy and just order everything.  And that, my friends, is how I end up with so much random stuff! hah! 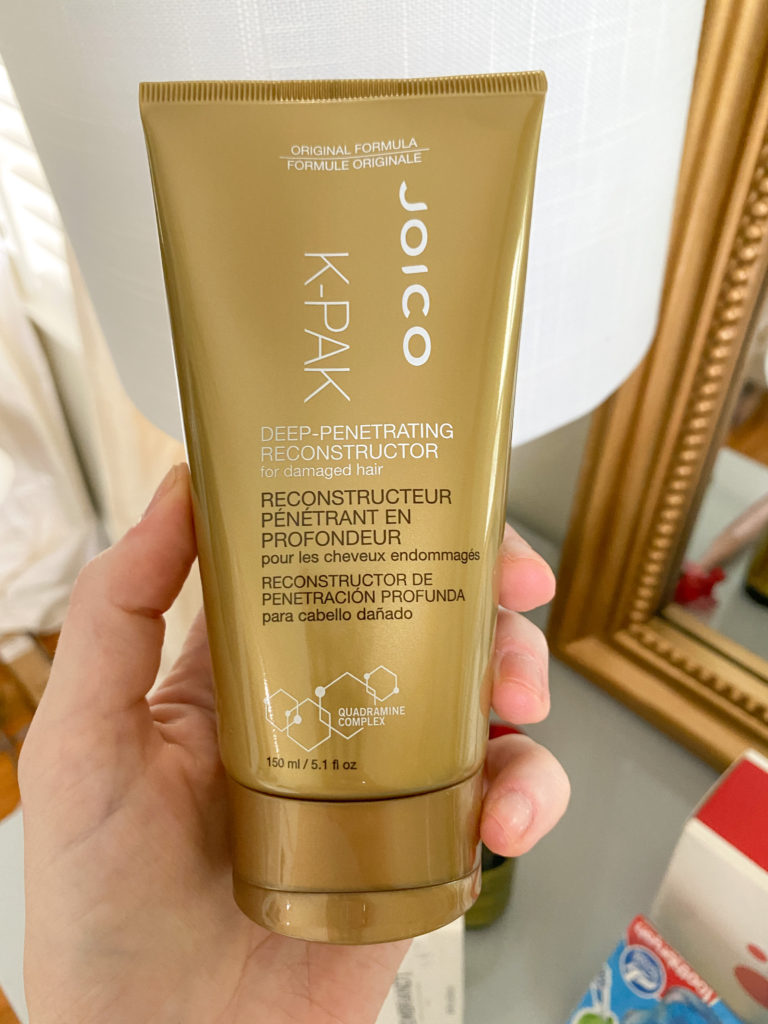 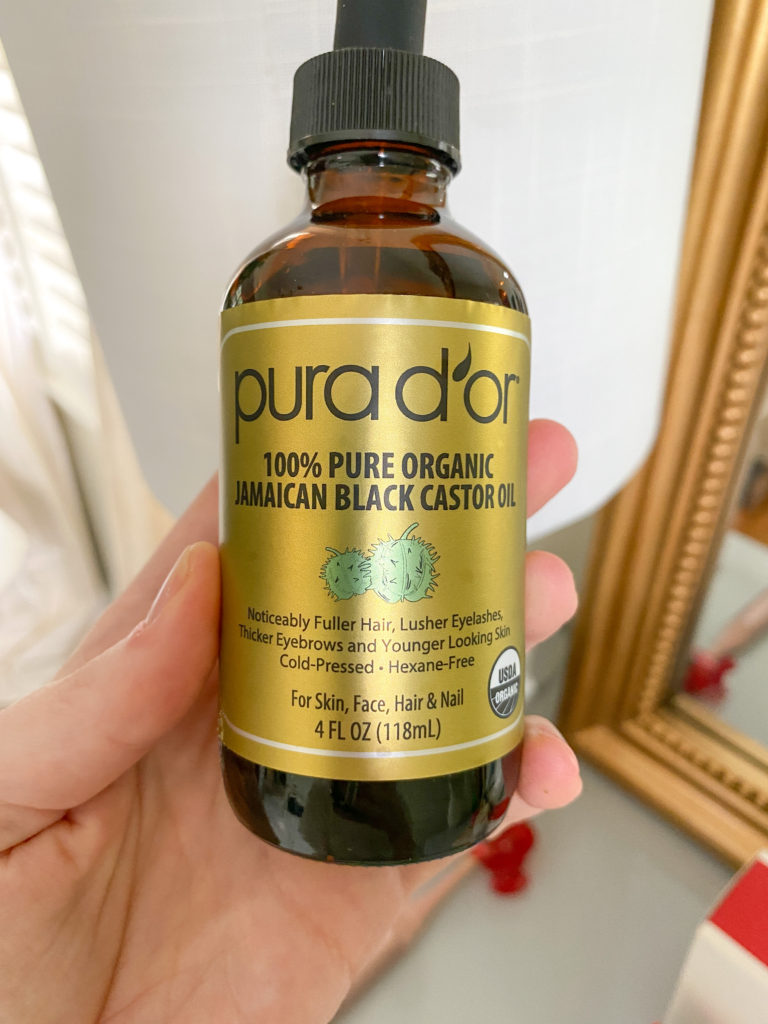 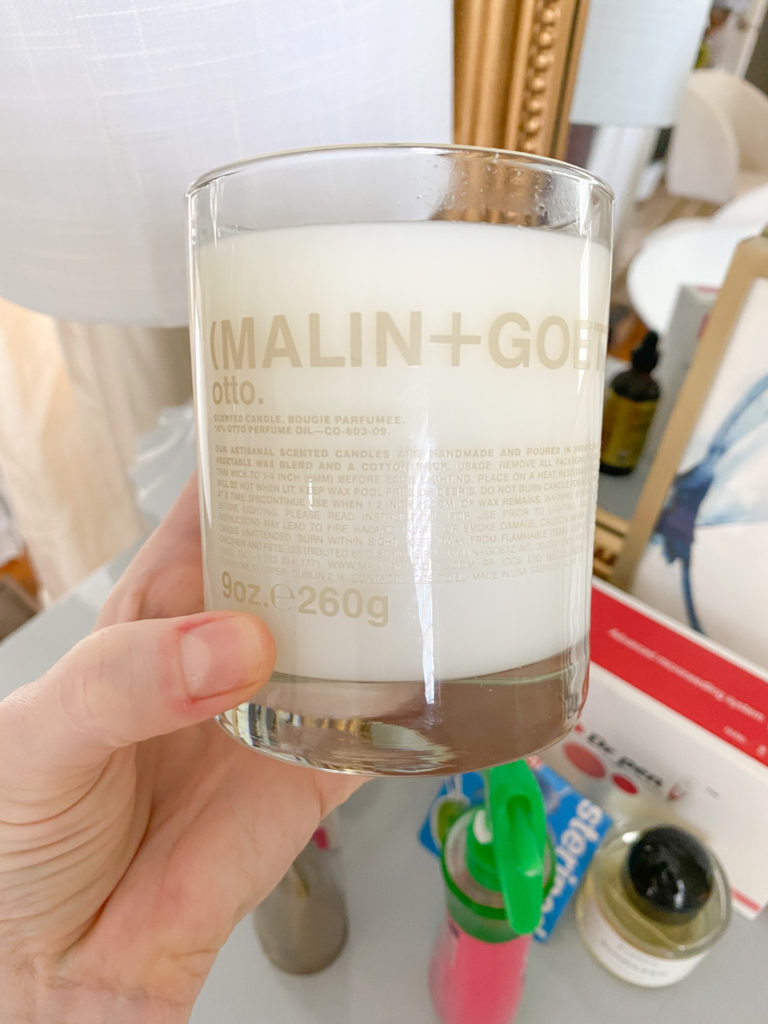 Joico K-Pak Reconstructor: I’ve only had one other time that I can remember my hair being damaged enough that I got a special product to help.  In 2010 or 2011 I used some janky at-home smoothing kit and it made my hair so dry and straw like.  It was then that I did some extensive googling and discovered the Joico K-Pak Reconstructor which is an intense protein conditioner that helps to repair damaged hair.  Recently my hair has been so gross and dry – I’m not sure if it’s the aftermath of having extensions for a year (I got them out in March) or if my hair is just going through something, but it is in need of some extra TLC.

Castor Oil for Eyelashes: Over the past few years my eyes have become so sensitive to everything – eyeliner, makeup, mascara, lash glue, and even some lash growth serums.  One of my friends reminded me of the benefits of castor oil for both your lashes and your skin, so I decided to start putting it on my lids and lashes just to see if it helps at all.  I ordered this Pura d’Or pack from Amazon just because it came with a separate tube with a lash wand, but I will warn you it kind of stinks.  Not anything crazy but it just smells weird to me.

Malin + Goetz Otto Candle: I was looking for a new candle since I’m home so much now and burning a candle is something that makes me happy during the day.  I like fragrant candles, but nothing too overpowering or too sweet.  This Otto candle by Malin + Goetz is the perfect scent to burn for long periods of time.  The scent is a mixture of rose, peony, musk, and geranium but smells very subtle and light. 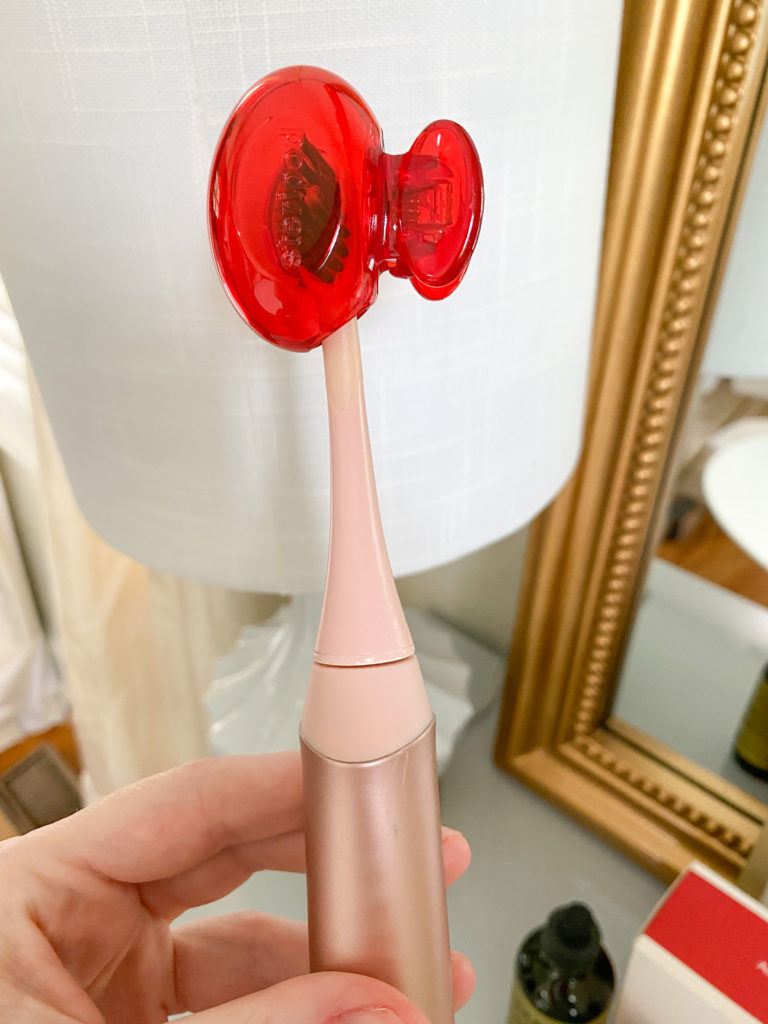 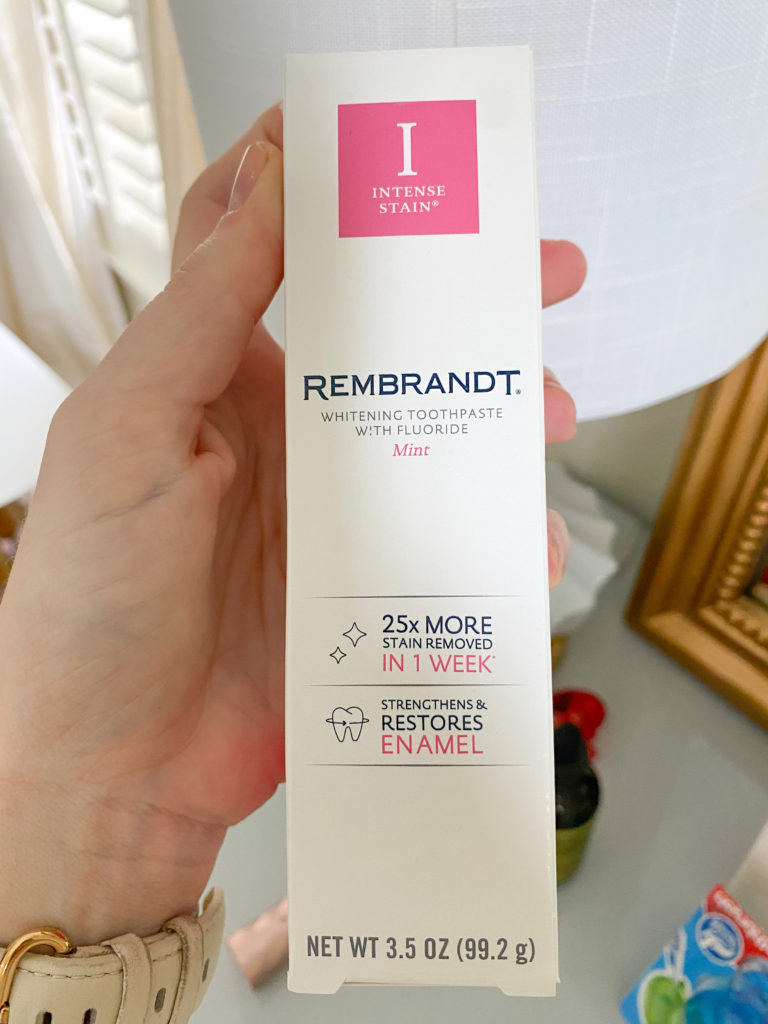 Steripod Toothbrush Cover: I’ll be honest, I was at a work conference a couple of years ago and my roommate (yes, we had roommates) had one of these steripod covers on her toothbrush and I was so confused as to why she cared that much about covering the brush part of her toothbrush.  Since then my love for all things oral hygiene has only intensified and I now understand the fact that there is such a thing called “poop plume” in bathrooms, and nothing exposed is safe.  I usually keep my toothbrush in the medicine cabinet, but I have definitely been guilty of leaving it out on the sink a time or two.

Rembrandt Intense Stain Toothpaste: I saw my friend Kathleen Jennings talking about this toothpaste on her IG stories the other day and I immediately ordered some on Amazon.  I am all about having white teeth but I absolutely hate using whitening strips (except for the sensitive ones I get on Amazon).  If I can use a toothpaste or mouthwash that will aid in whitening I am all for it, so I will report back on this Rembrandt Intense Stain toothpaste. 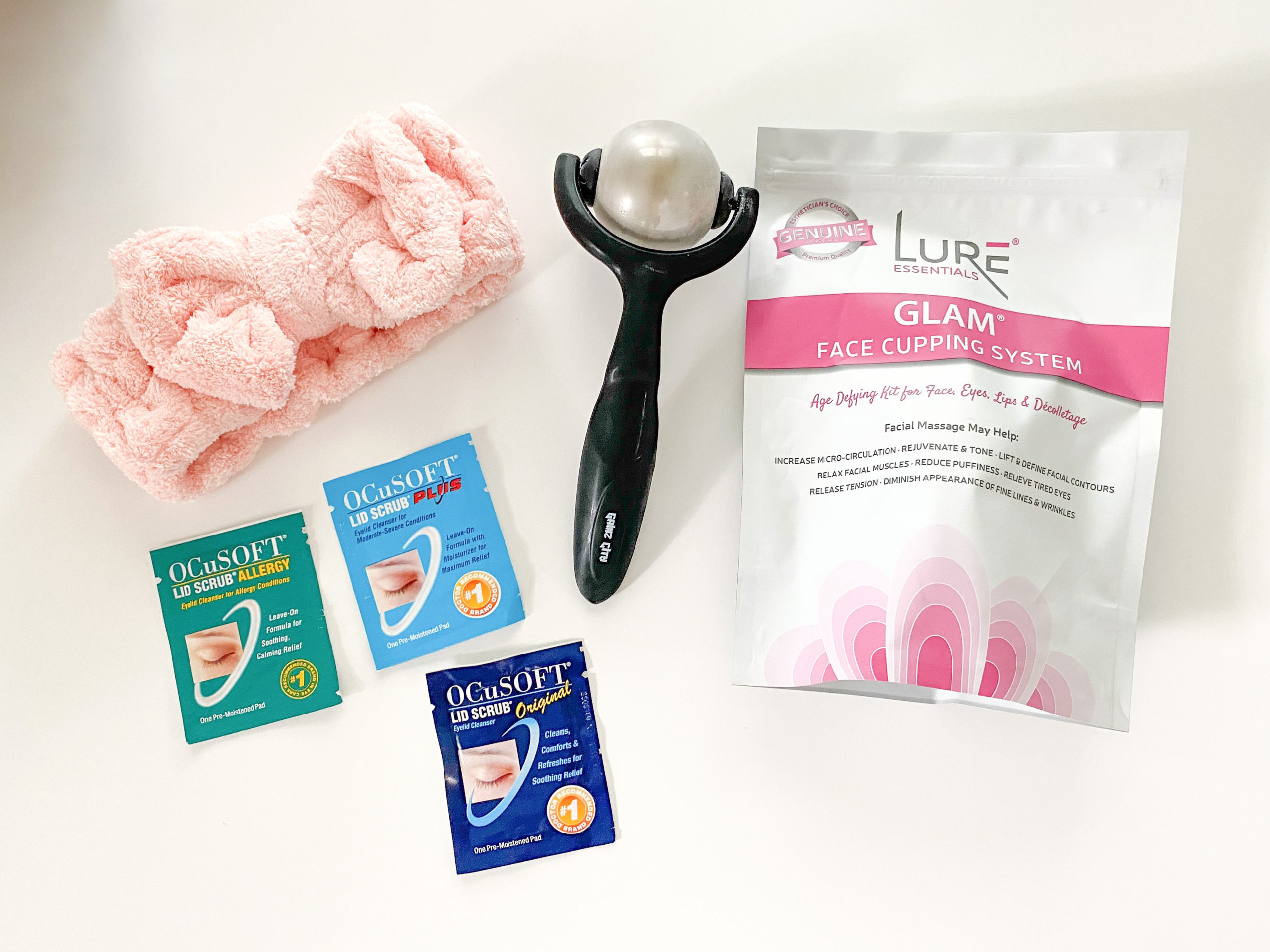 Terrycloth Bow Headbands: I always see people wearing these and for some reason never ordered any until last week.  I got a cute variety pack that comes with 4 different colors.  I’ve been using them when I wash my face, apply masks, do my facial steaming, and sometimes just to keep the hair out of my face during the day.

Cryoball Roller: not to toot my own horn, but I am kind of like the queen of ice rolling and consider myself quite the expert, having amassed a collection of around 8 ice rollers over the last year or so 😛 I love my traditional ice roller, but the rolling device doesn’t stay cold very long, especially in the hot summer months.  I discovered the Cryoball a few months back and raved about it, but it wasn’t really ergonomically designed for rolling your face.  I recently discovered this little mini cryoball with a handle, so it combines the benefits of the cryoball (like staying cold for several hours) with the ease of having a handle to roll on your face.

Ocusoft Allergy, Ocusoft Lid Scrub Plus, Ocusoft Lid Scrub Original: As I stated above I have insane allergies and my eyes are always so red, irritated, and itchy.  In addition to having seasonal eye allergy issues, I also have some sort of ongoing skin flaking issue with my left eyelid that keeps me from wearing much eye makeup.  I had a lot of people recommend these Ocusoft Lid Cleansing wipes to me and I’ve used the original version for almost a year, but I just found out they make an allergy version and a “plus” version, so I ordered both 😛 Personally, my favorite is the plus version but they are all great products. 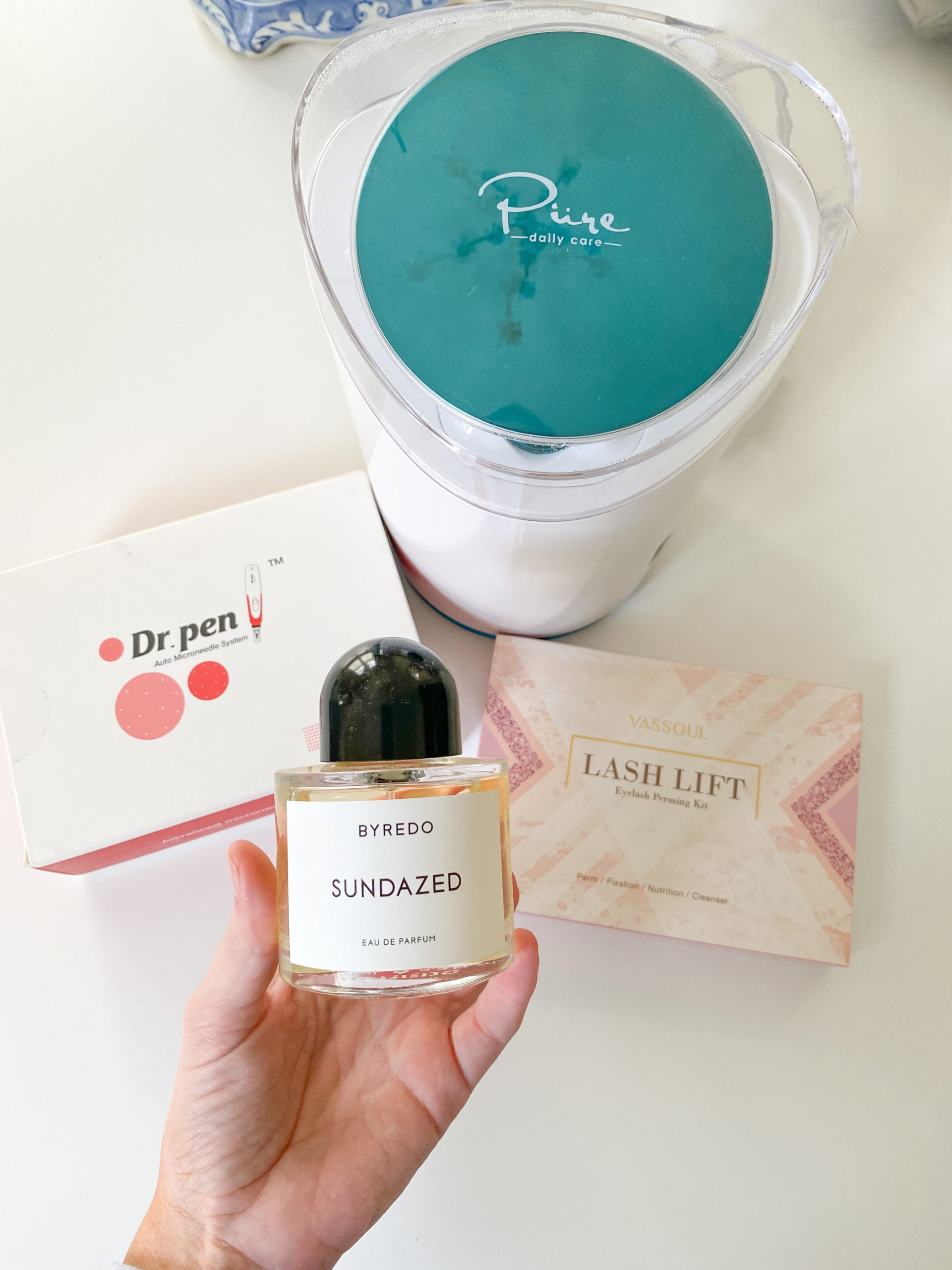 Dr. Pen Microneedling Kit: I’ve had several professional microneedling sessions done over the years including a series with my own PRP (aka the vampire facial) and truly, I’ve seen great results with both ways.  I always told my aesthetician that I wish I could just have my own microneedling pen to do more sessions at home and what do you know, they make those and sell them on Amazon.  As a disclaimer, it’s not advised to do this at home and you can actually do more harm than good if you don’t know what you’re doing or if you don’t know how to operate the device.  I have been doing some form of microneedling for years, so I believe that being equipped with my prior knowledge and starting out with a low depth will provide good results for me with this at-home option.

Pure Ionic Facial Steamer: I rave about facial steaming all the time on my IG stories and I was using an old one that I’d had for 2-3 years pretty much nightly.  Last week I cleaned it out with vinegar and just decided to order a new one since I use it so much.  I splurged this time and got this fancy one that not only does steaming, but it also does a coolmist steam which is perfect for the hot summer months.  It also comes with a pore extraction kit that has several little tools to clean your pores after you steam.

Lash Lift Kit: This should probably be filed under “things you shouldn’t buy from Amazon”, but due to covid and trying to limit my exposure to people like lash technicians and the likes, I will take one for the team and try out this lash lift kit that had several thousand positive reviews.  My lashes have always been naturally long, but they stick straight out and are very blonde.  The lash lift is like a lash perm of sorts that will make your lashes stick “up” instead of “out”, if that makes sense.

Byredo Sundazed: I got this perfume a couple of months ago and I really love the clean scent.  I have always loved Byredo perfumes and some of my favorites include Mohave Ghost, Gypsy Water, and Blanche.  If you are looking for a good everyday scent the Byredo Sundazed is a great option for you. 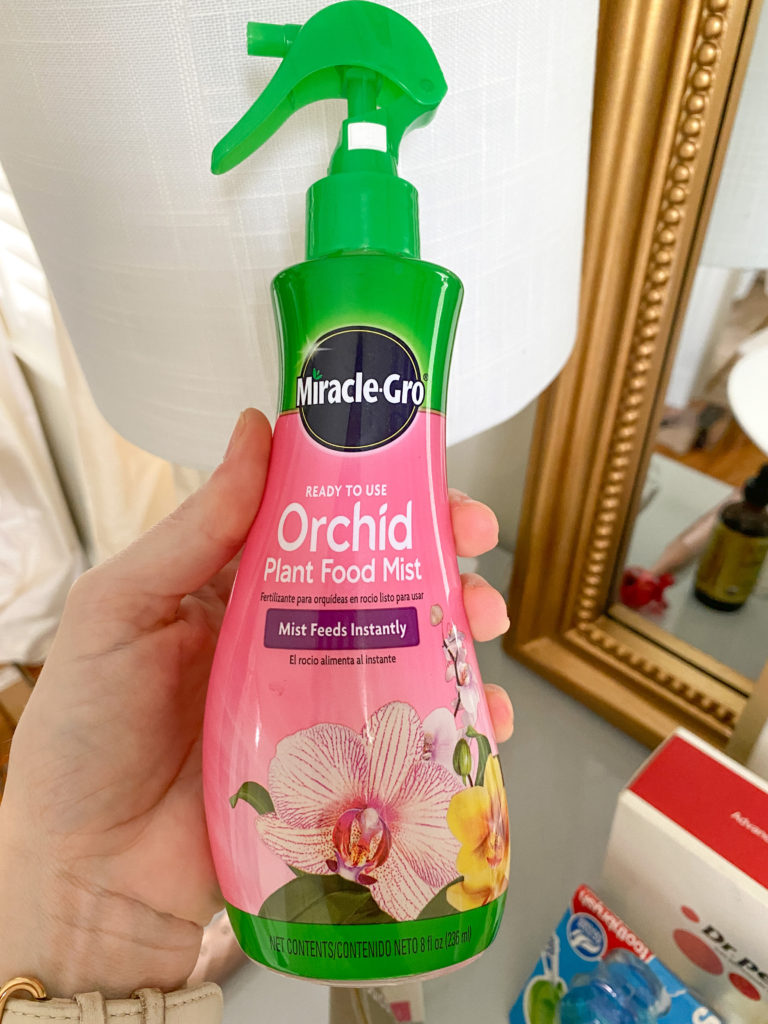 Miracle Grow Orchid Plant Mist: this might be filed under the most dorky purchase of the year, but I am obsessed with keeping my orchids alive and did some internet research on things to use to extend the life of orchids.  I have been spraying the base and leaves with this spray and then I water once a week.

Powerdrill Cleaning Brush Attachments: When I got a powerdrill for assembling furniture and hanging things I felt like I could take on the world and that no task would be too hard for me anymore.  To make things even better, several people told me about these brush attachments that affix to your powerdrill to make cleaning 100x more fun.  I haven’t used these yet but I am itching to clean our shower with one of the attachments and just might do that tomorrow if I have time.