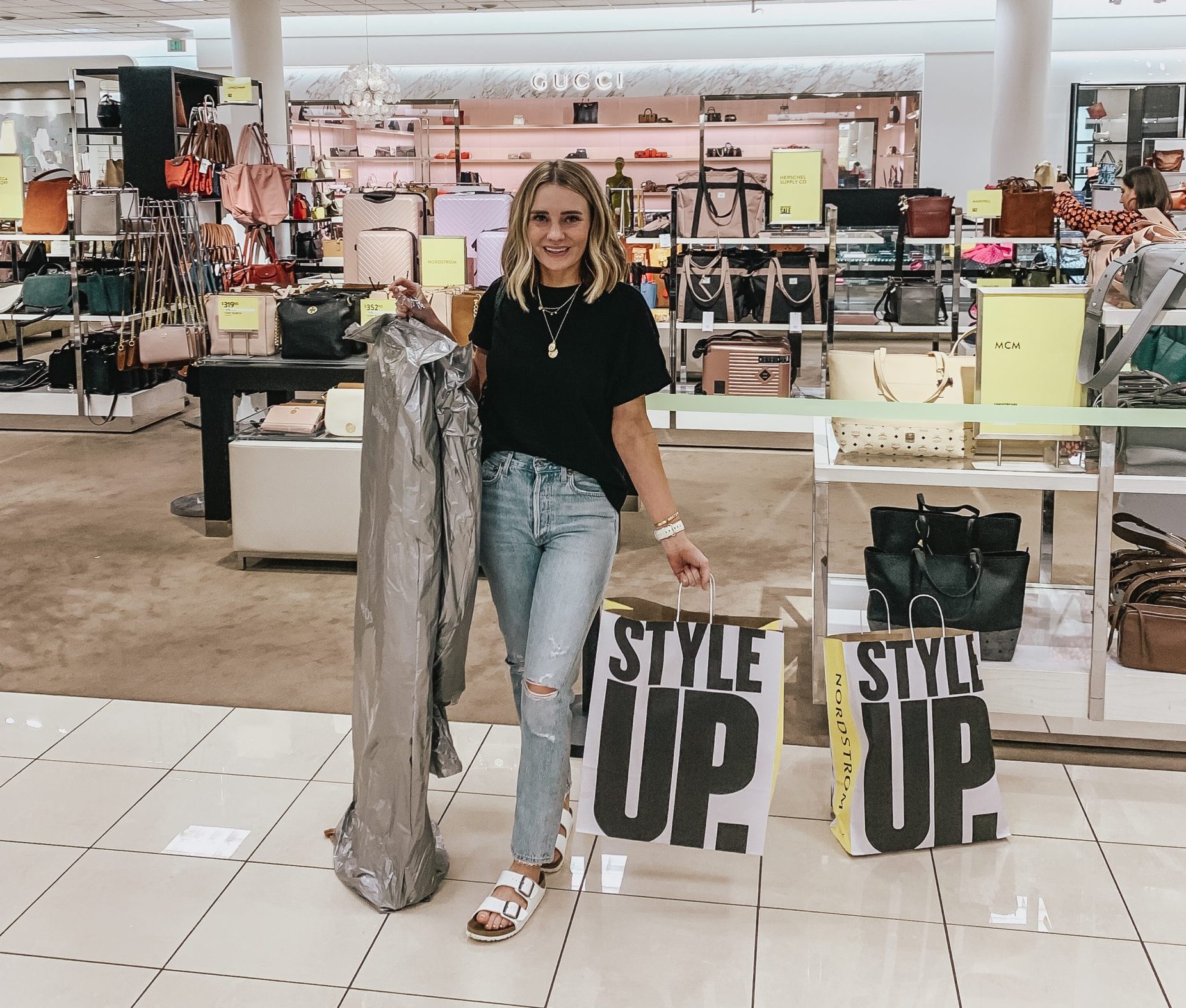 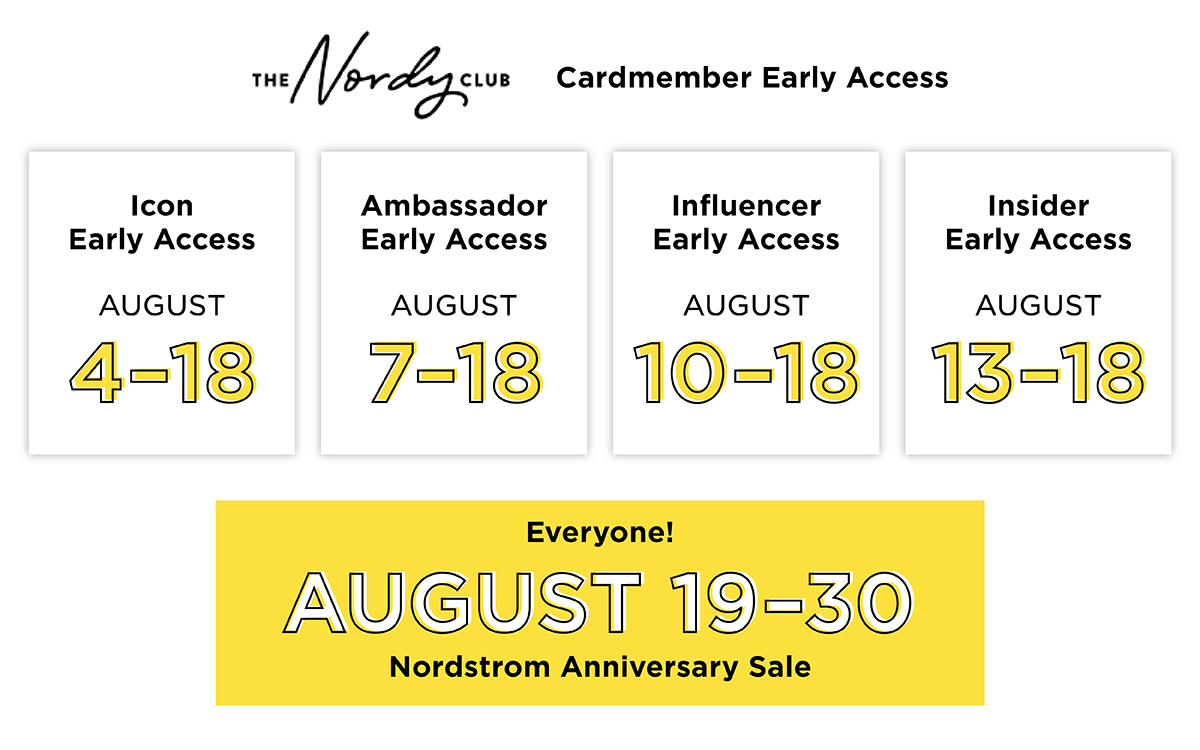 WHEN CAN YOU SHOP THE SALE:

The earliest access to shop the Nordstrom Anniversary Sale is reserved for Nordstrom Cardholders who are at Icon Status. To be eligible for Icon Status of the Program, you must purchase an annual minimum of $15,000 in Net Purchases at Nordstrom Locations using a Nordstrom Credit Card.

Starting August 7th, Nordstrom Cardholders with Ambassador status will also be able to start shopping in the Early Access event. To be eligible for Ambassador Status of the Program, you must purchase an annual minimum of $5,000 in Net Purchases at Nordstrom Locations.

Nordstrom Cardholders with Influencer status will be able to start shopping Early access beginning on August 10th, more than a full week before the sale is open to the public.

All Nordstrom Cardholders fall under the Insider Status and will have Early Access to the sale starting on August 13th.

WHY YOU SHOULD SHOP THE NSALE:

Like I said in last year’s post, about 10 years ago and I shopped the Nordstrom Sale and remember getting a Burberry Cape for around $200 and the sale catalog was as thick as a law school book.  Through the years the sale has definitely changed and gotten much smaller, but it is still a good opportunity to get a great deal on high splurge-worthy items, save on fall trends, stock up on great basics, bundle and save with beauty products and grab a few home essentials. 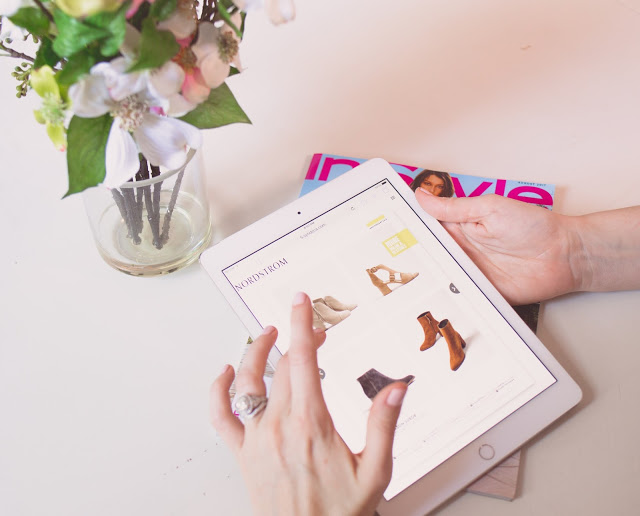 TIPS FOR SHOPPING THE SALE:

Right now, before the Nordstrom Sale has officially kicked off, is the perfect time to start pre-shopping and perusing the website for what is included. Nordstrom has organized the sale for you in a way that is super helpful, by categories! Nordstrom has an entire page dedicate just to preview the sale and one of the best components is being able to choose between each category and preview all sale products included.

This is a big one! If you want to make sure you snag your top items before they sell out I suggest you create a wish list and start adding your favorites and must-haves to it now. 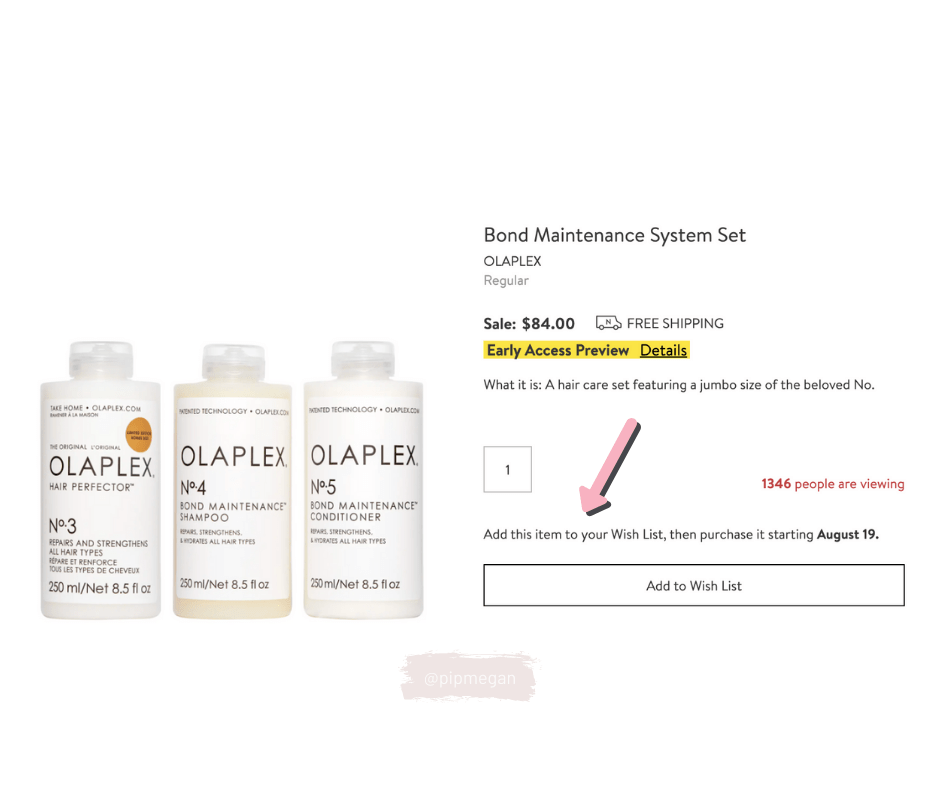 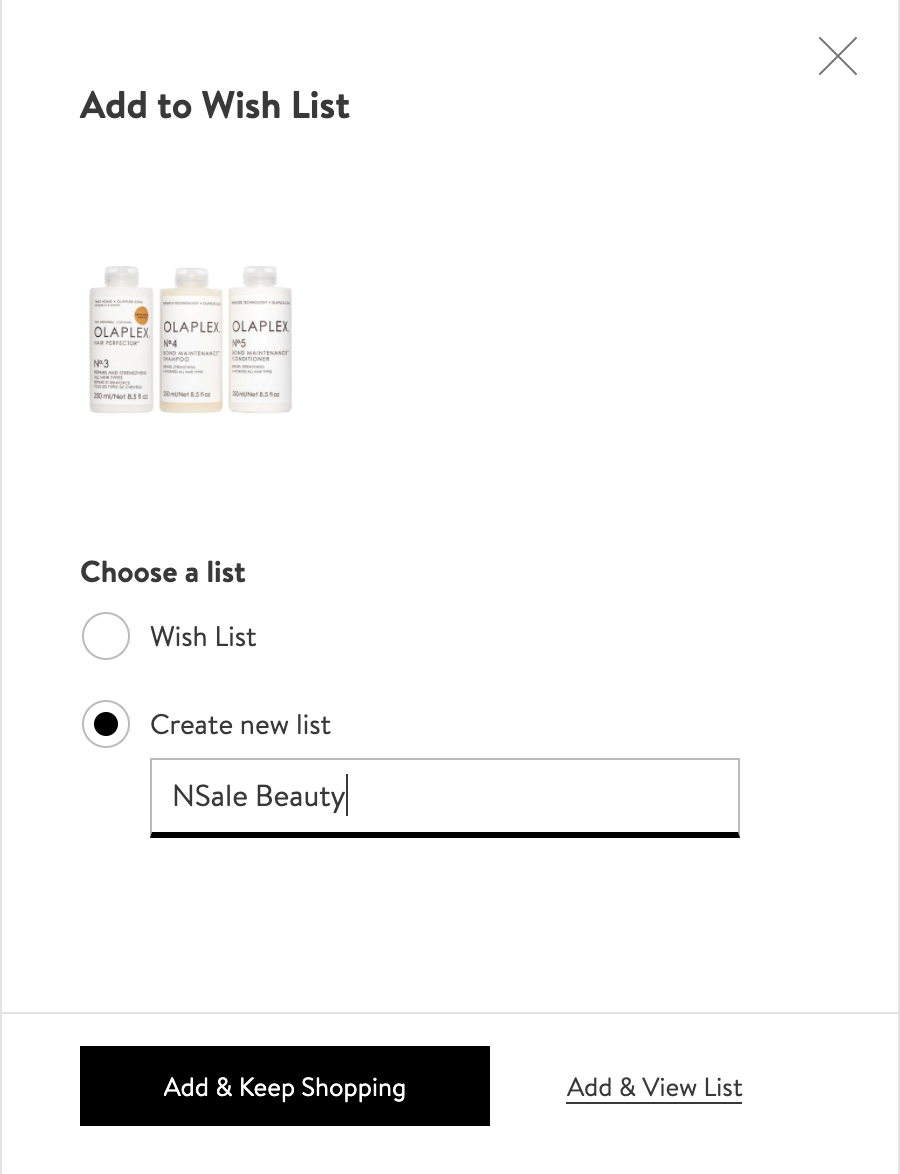 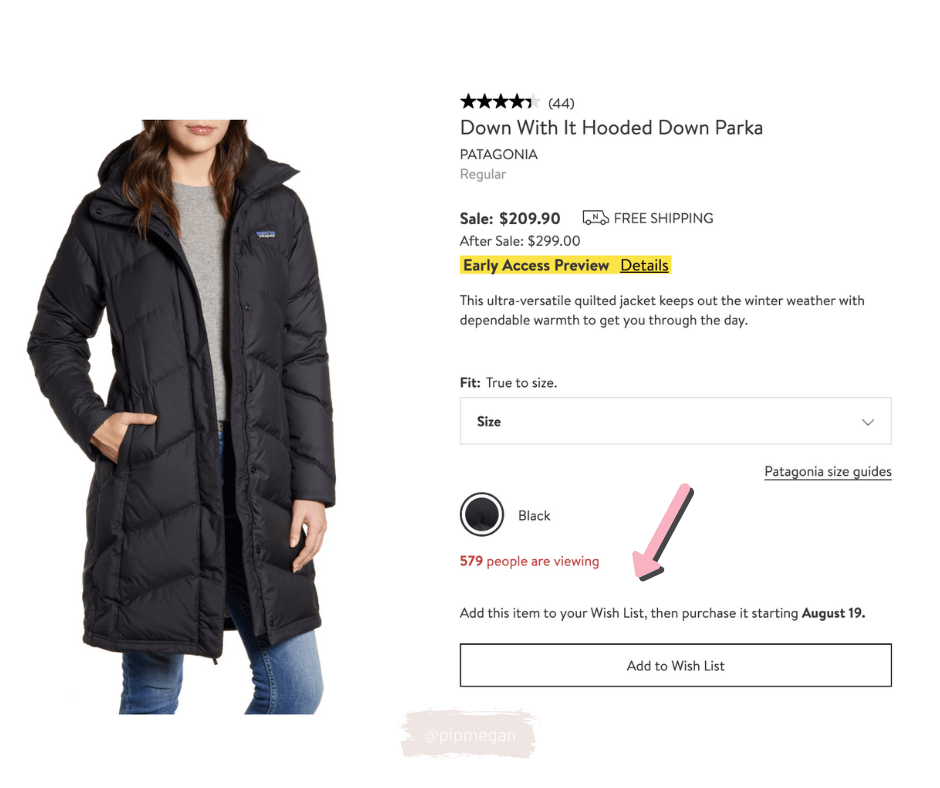 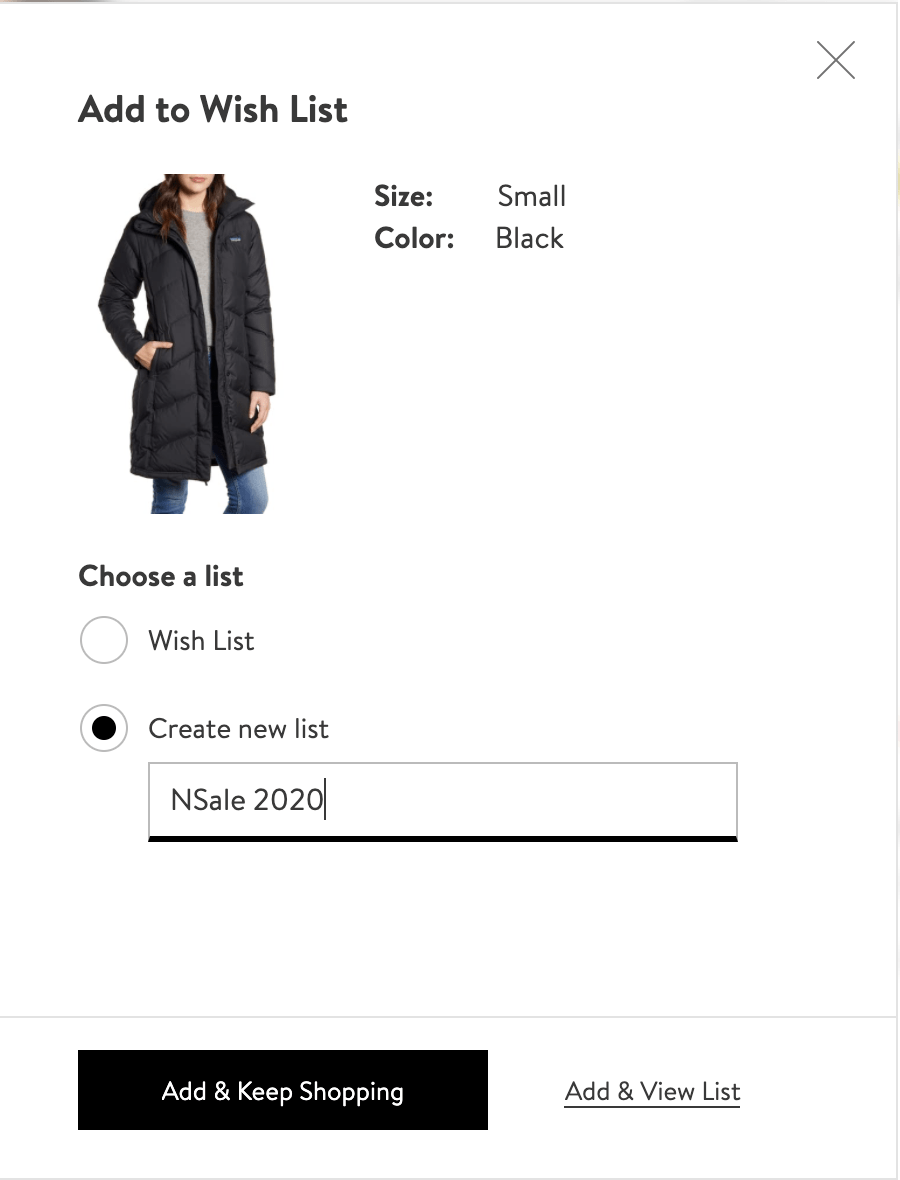 TIP #3: Focus on the REAL Deals

There are products and styles that are included  in the sale year after year marked down to a seemingly good “sale price” only to be marked down again and again as the weeks pass. These are the items to skip! Here’s a quick example, you may see a Free People oversized sweater that was originally $108 now marked down to $69 and think, wow that’s a great sweater and good deal. It’s really not! That sweater will continue to get marked down, likely as low as $39 or less. Sure, waiting does not guarantee you will be able to snag it in your size, but for me, I’d rather risk it.

Instead, focus on the real deals and what I mean by that is, the styles that you hardly ever see marked down or products that have been bundled to create a better buy. The Olaplex Bond Maintenance System Set shown above is a great example of this! A few other things I like to focus on include, larger ticket items such as leather jackets, boots, or items for the home as well as, items I’m certain will get a ton of use.

If you haven’t downloaded the LTK app or are currently not using it, you’re going to want to start using it for the NSALE. Similar to your wish list the LTK App will be a great place to start favoriting items or gathering inspiration on what you think you will purchase when the sale goes live. I will be sharing my round ups of different products and styles on the app throughout the entire sale! Follow me on the app HERE.

For more Nordstrom Sale tips and my sale picks be sure to also follow along on Instagram and check out the NSALE’20 Highlight. Lastly, Subscribe to my newsletter where I will be sharing easy to shop links and more!

GET INSPIRED BEFORE YOU BUY: 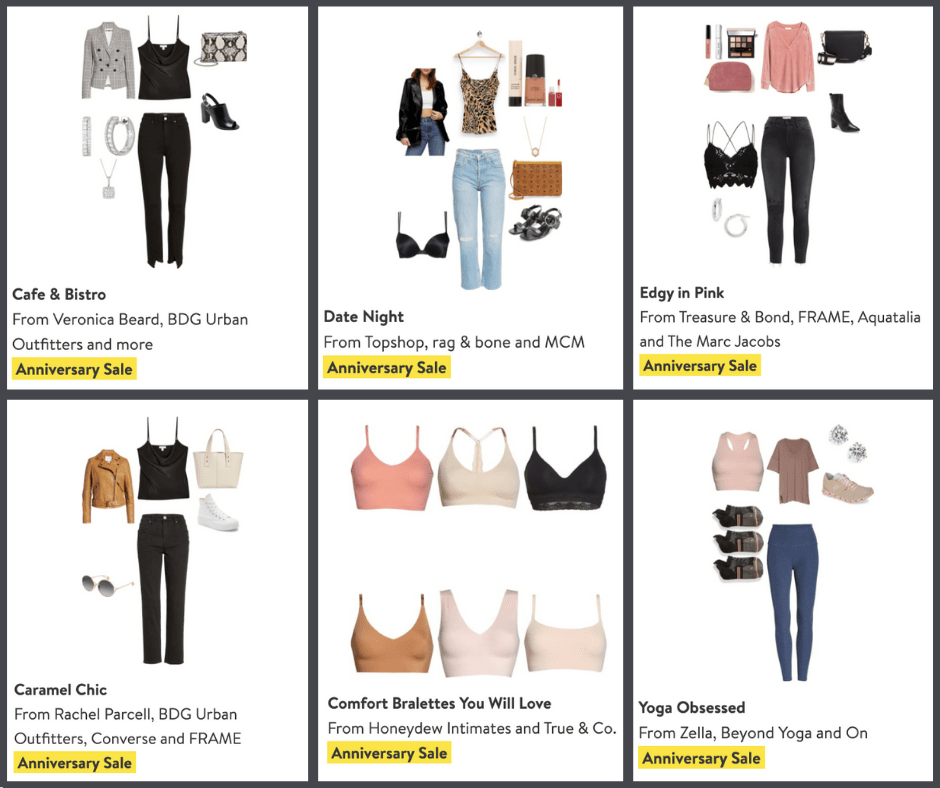