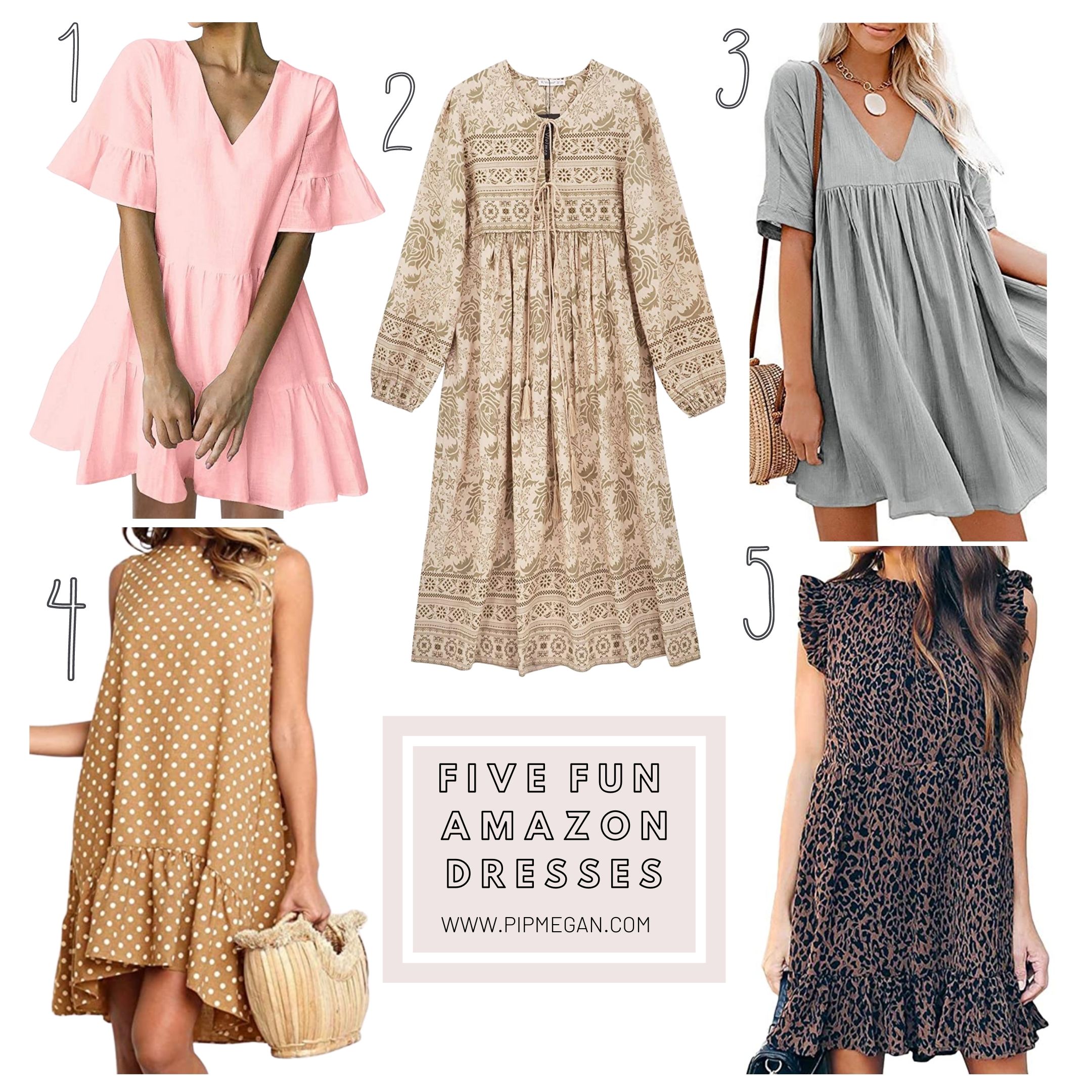 This post is long overdue and is kind of random, but I wanted to share some fun affordable dresses that I’ve found as well as some recent clothing purchases.  I know many of us don’t have much going on right now being that work from home is still abundant, but sometimes you just need an easy breezy dress to throw on with some sneakers or flat sandals to feel like you’re “dressing up” a bit, even if you’re just going out to run errands 😛 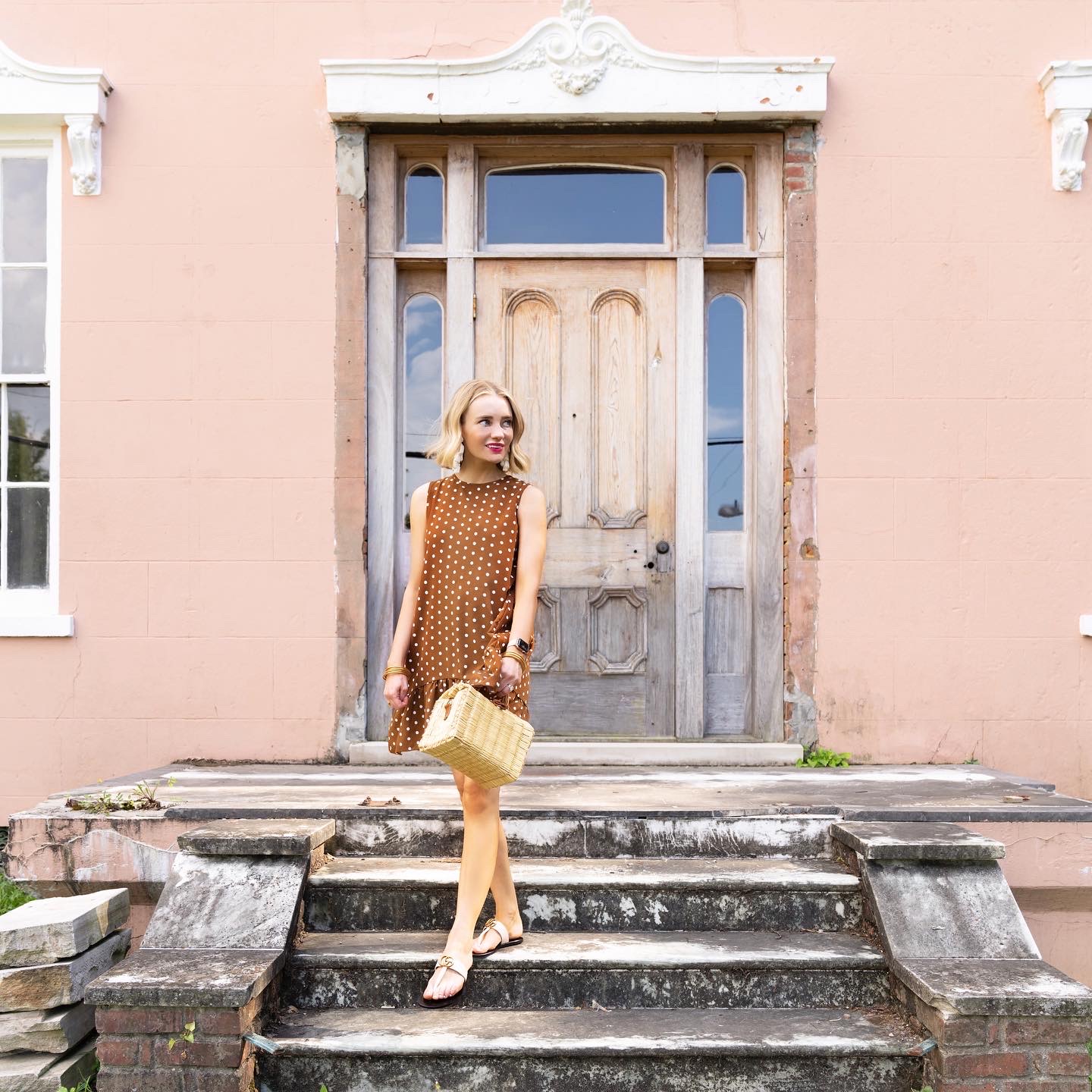 This ruffle bottom polka dot dress comes in several colors and is so comfortable and lightweight!  I chose to wear it with flat sandals, but you could easily pair it with some GG sneakers (or similar) and a jean jacket for a more casual look. 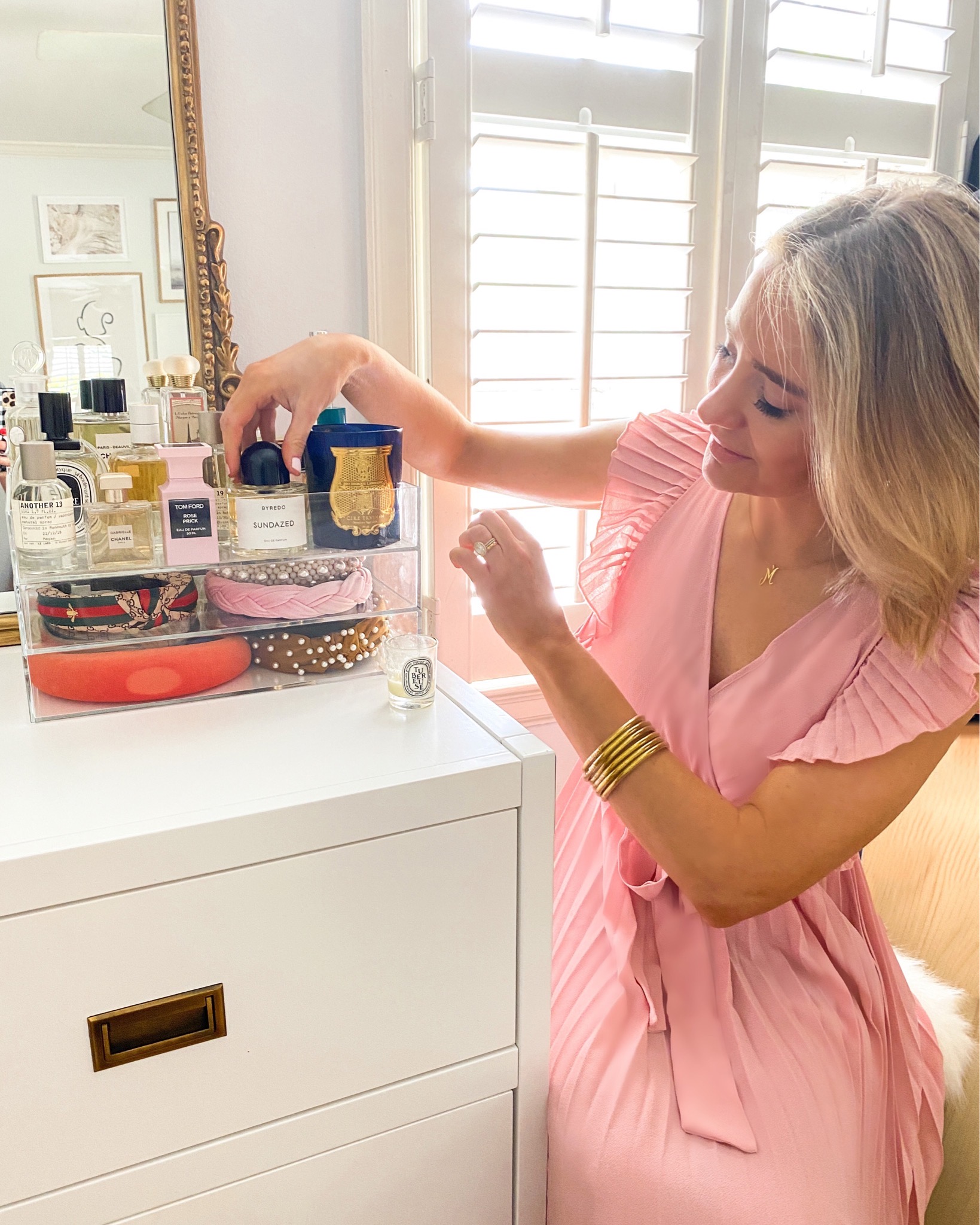 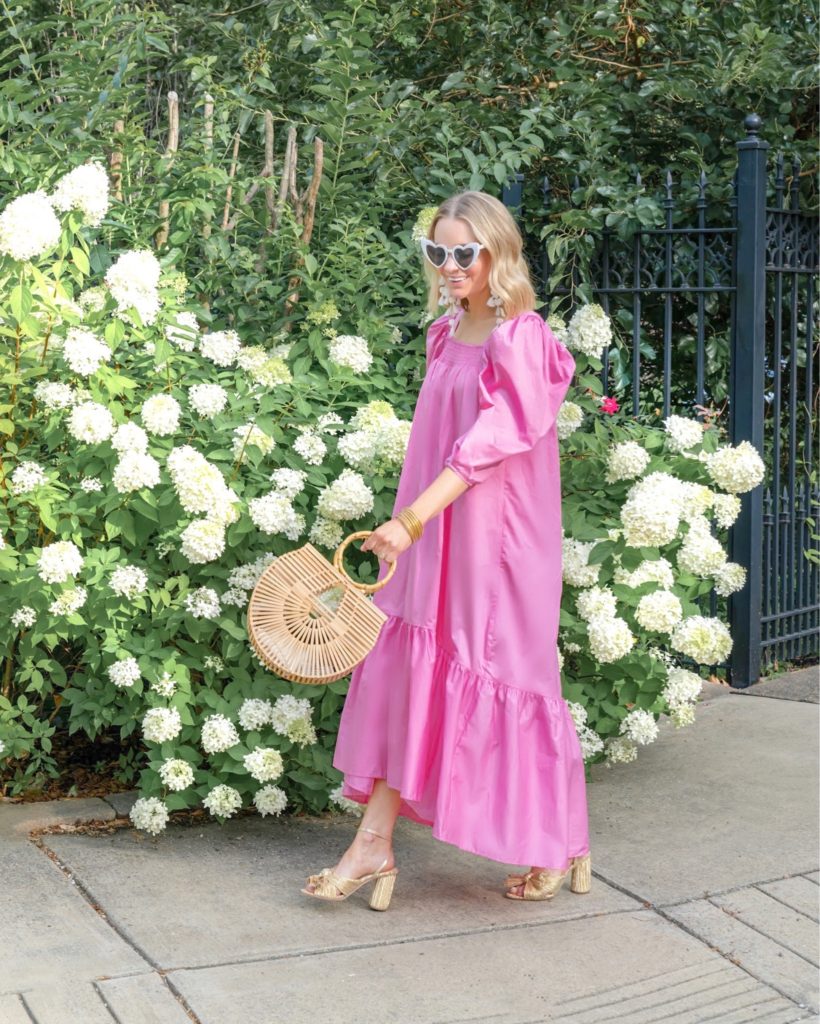 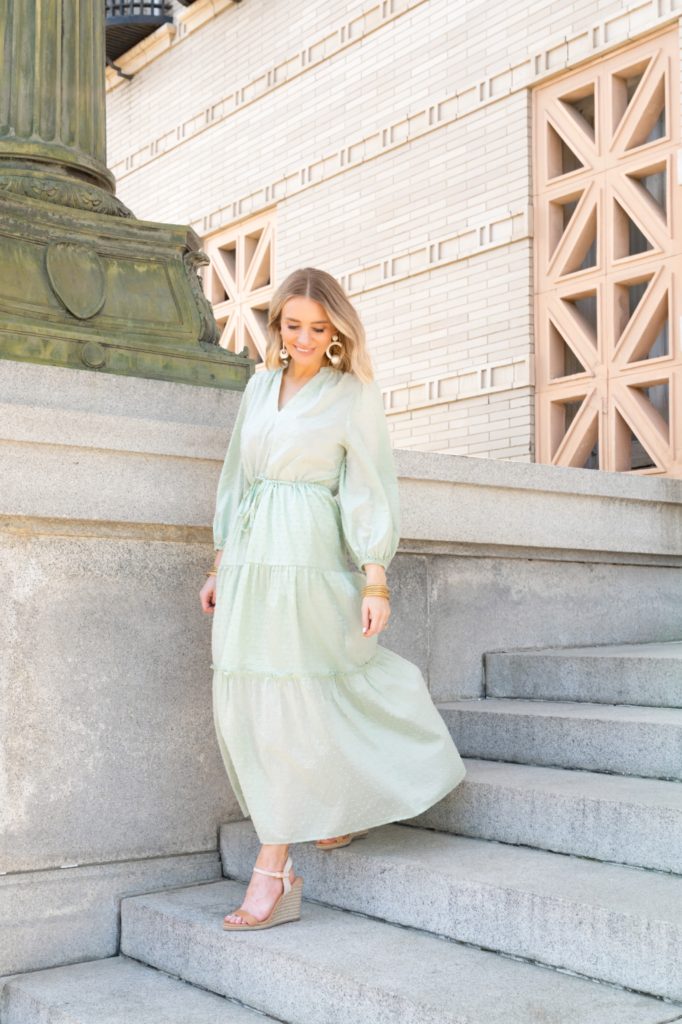 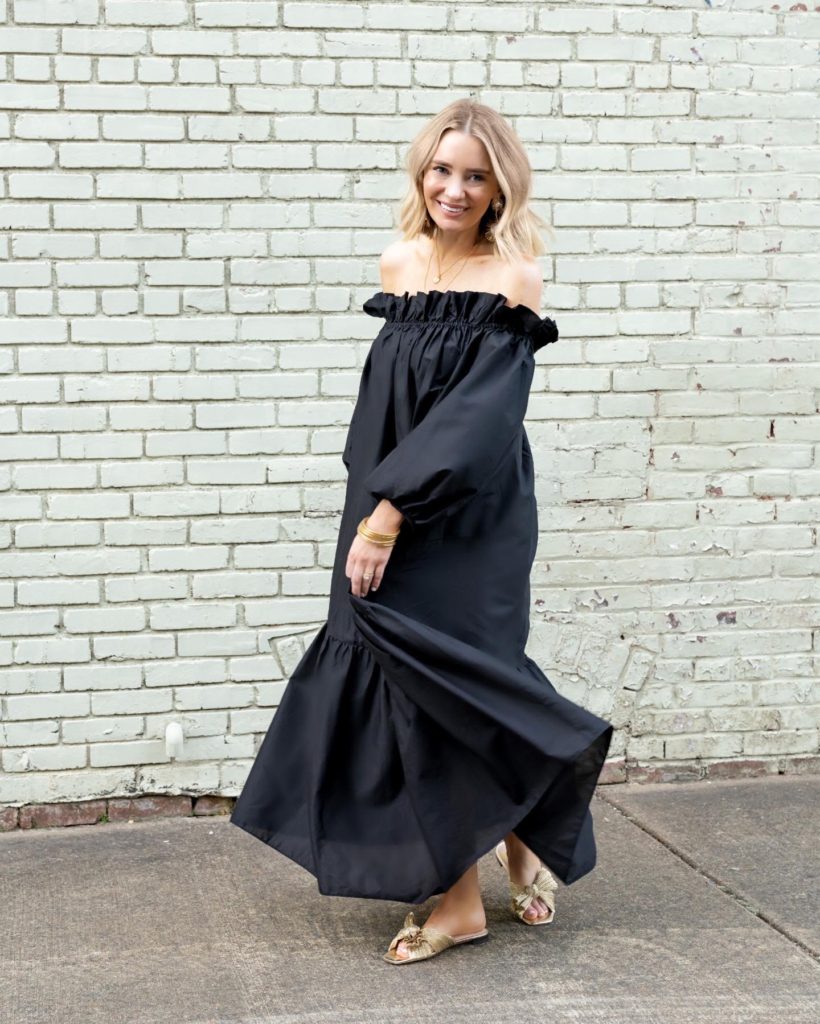 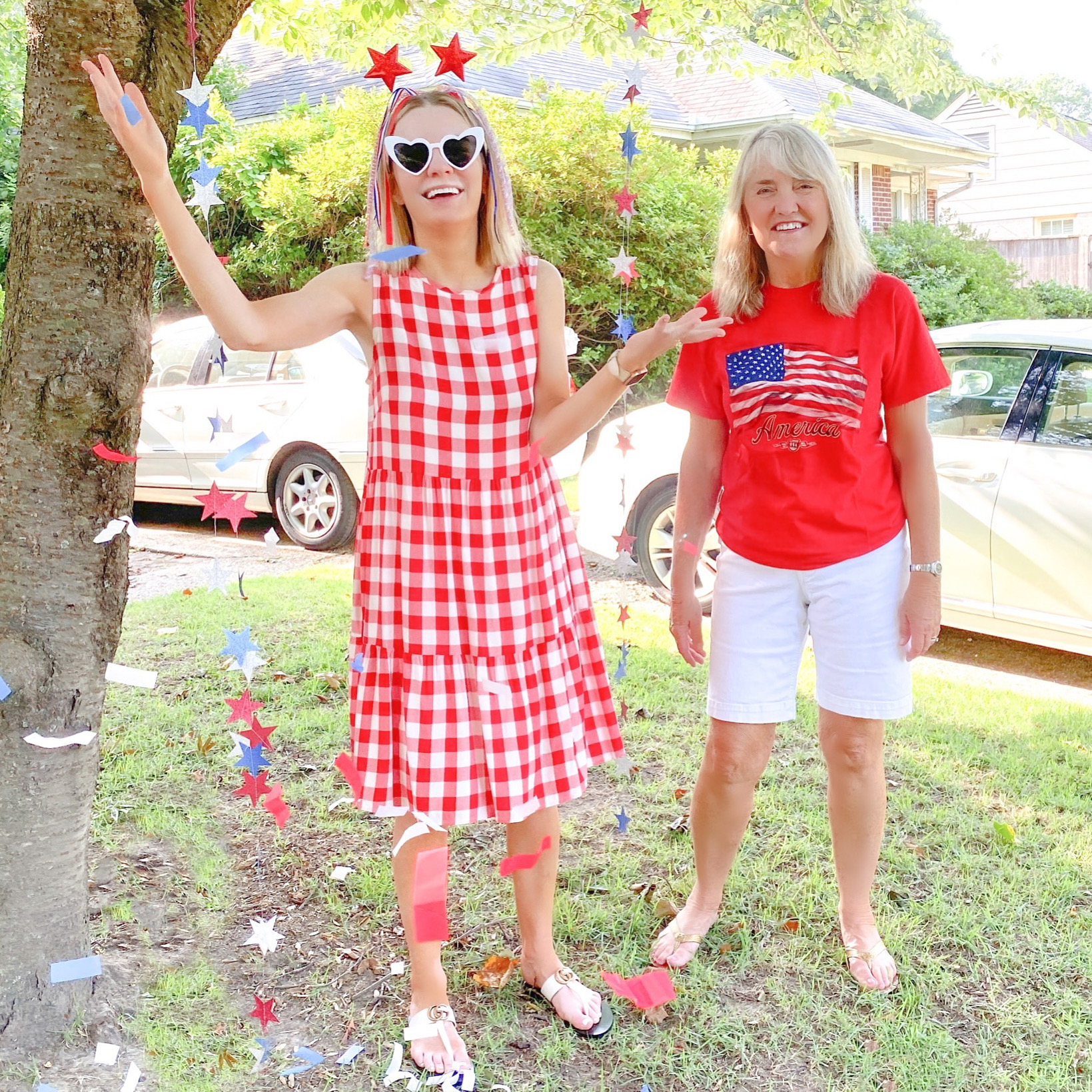 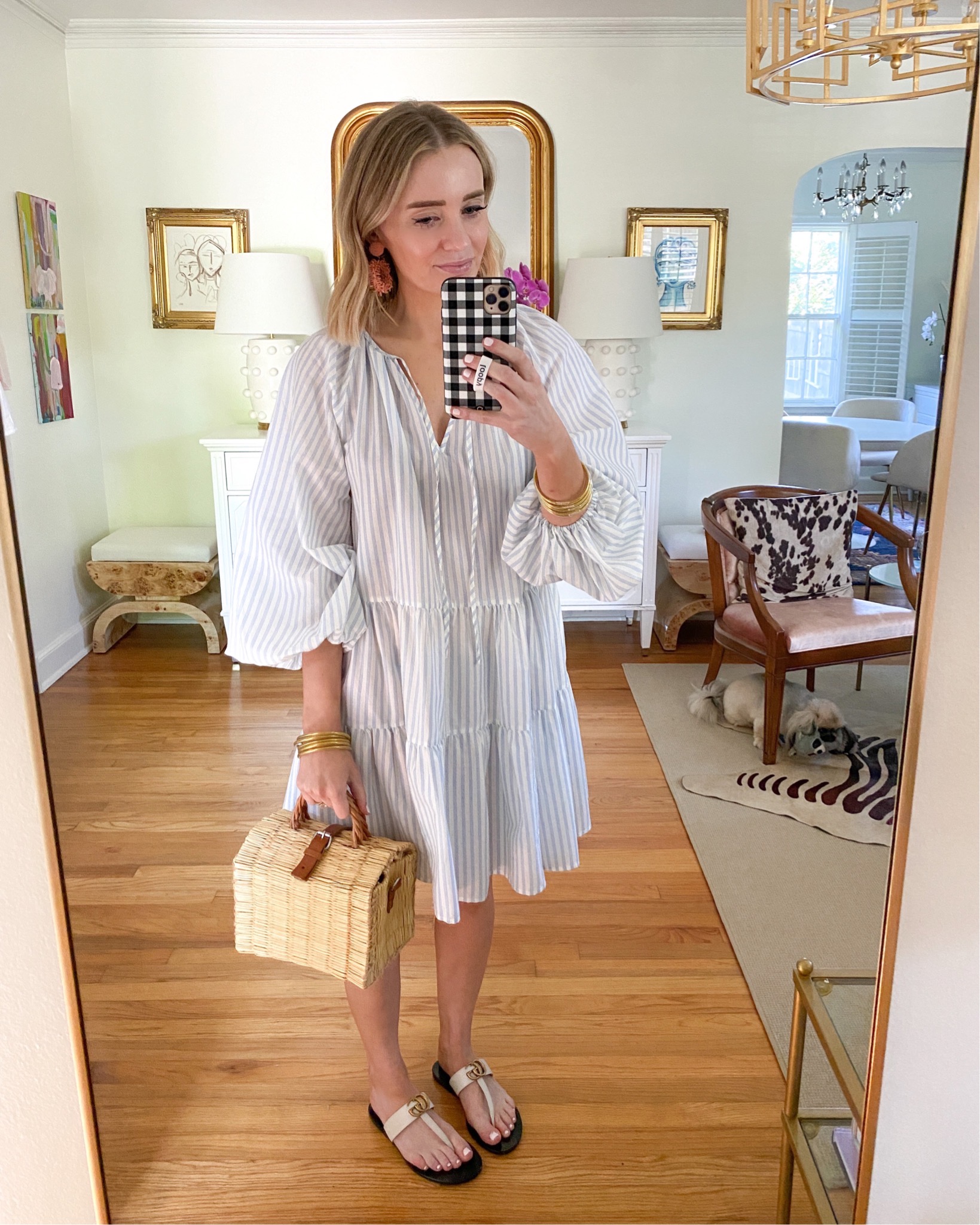 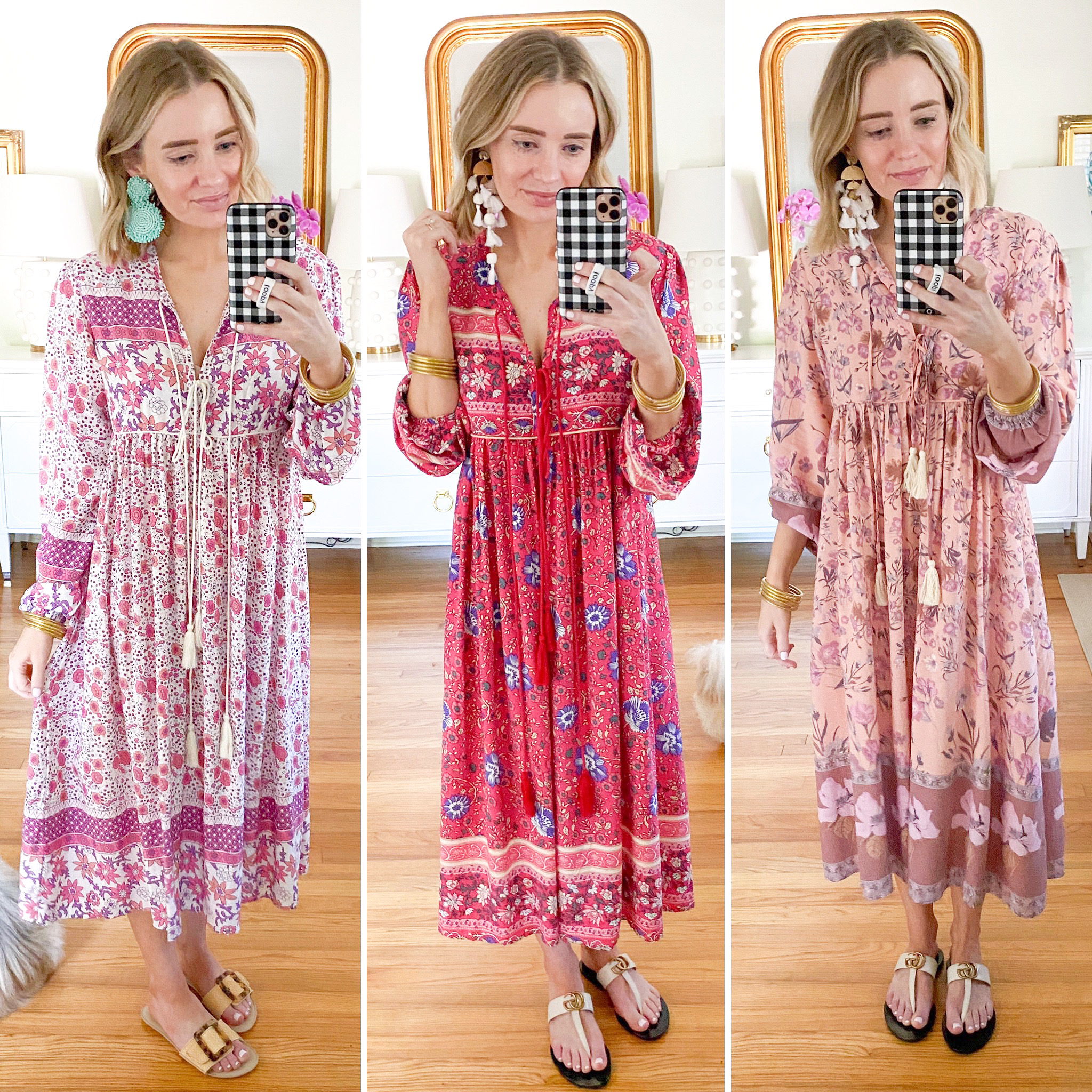 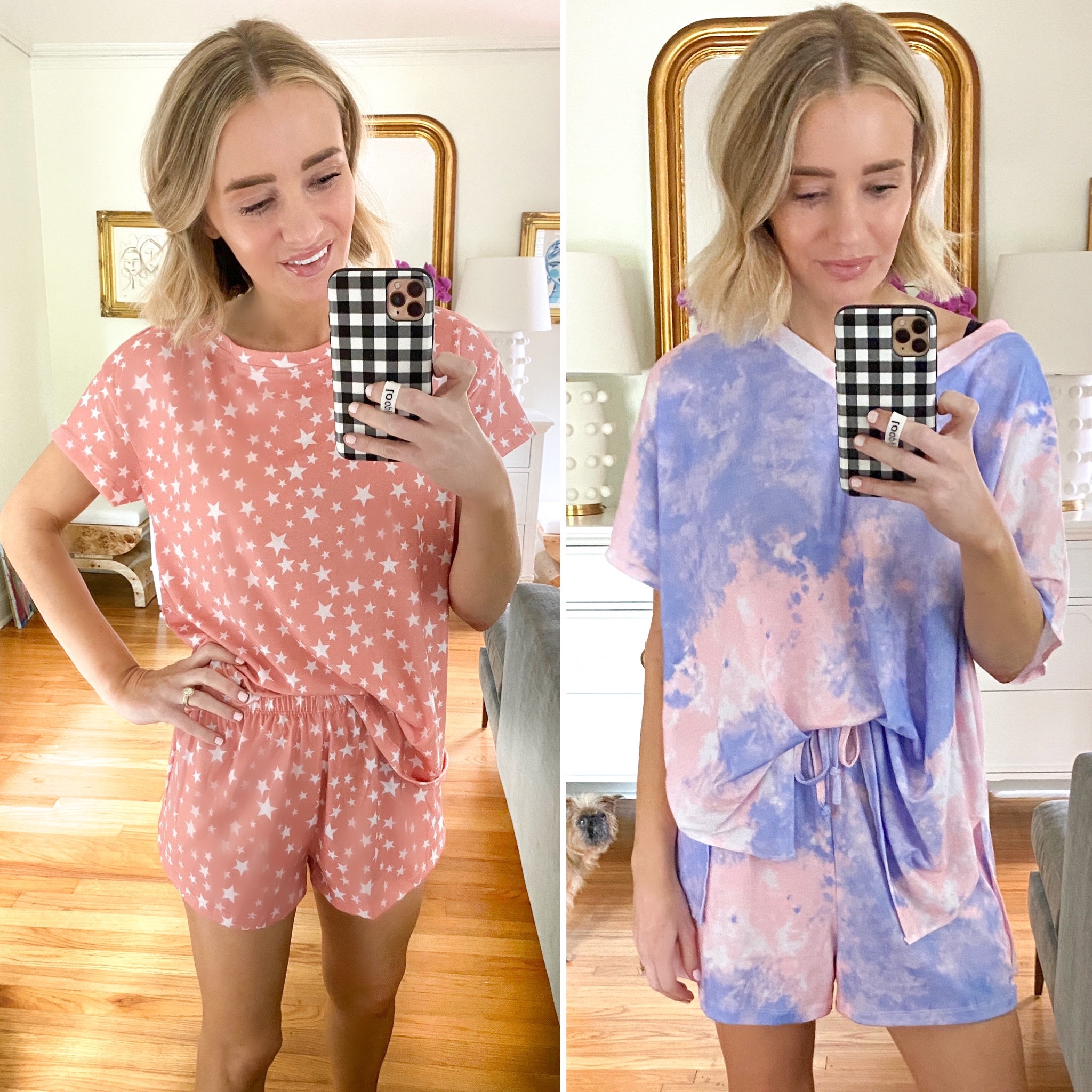 I’ve also been really into these casual lounge sets from Amazon that come in several different patterns.  The material is so soft and I love how the shirts are slightly oversized and also have slits on the side.  I ordered a couple of other patterns because I love this set so much and wear them all the time around the house.