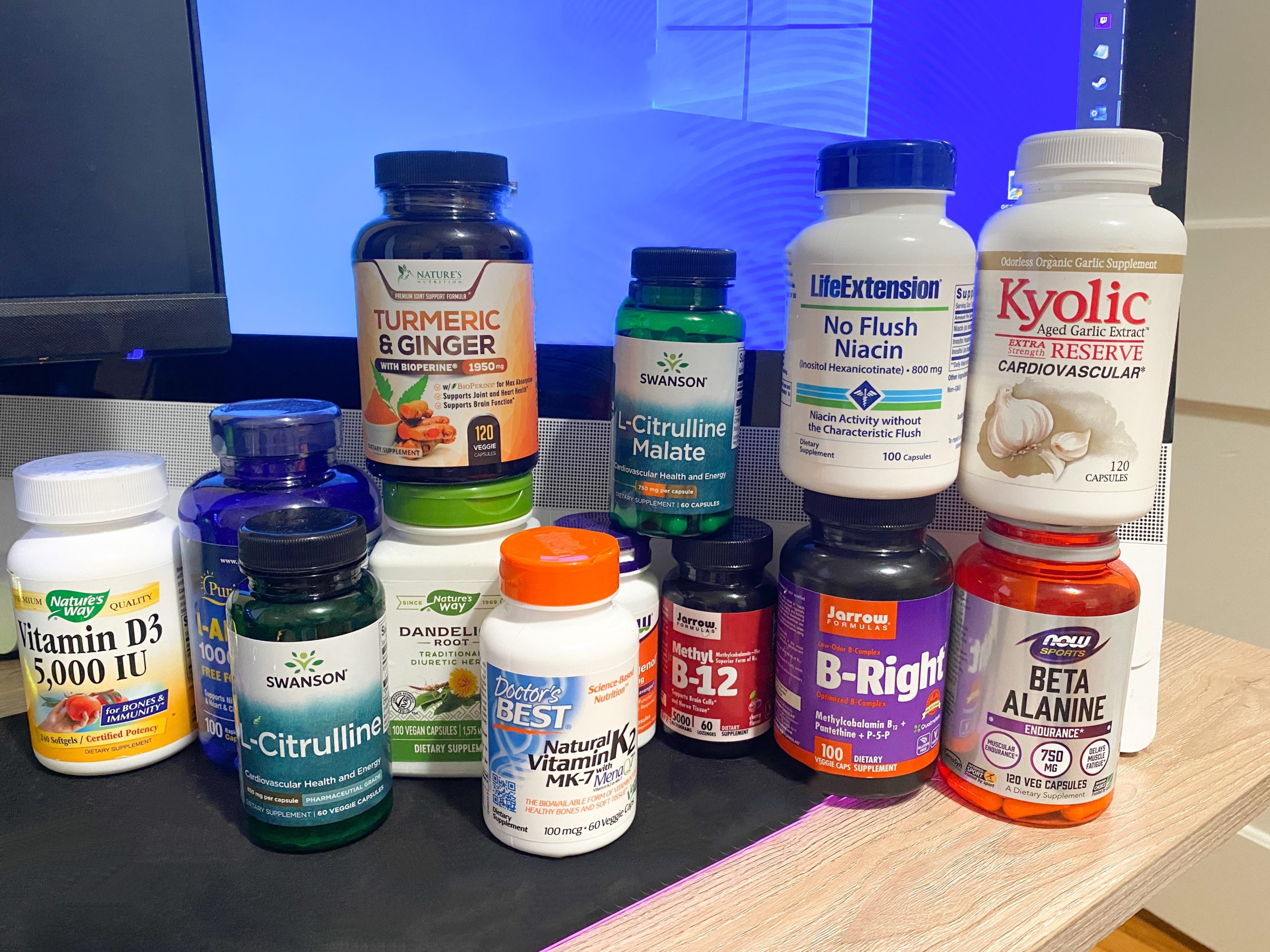 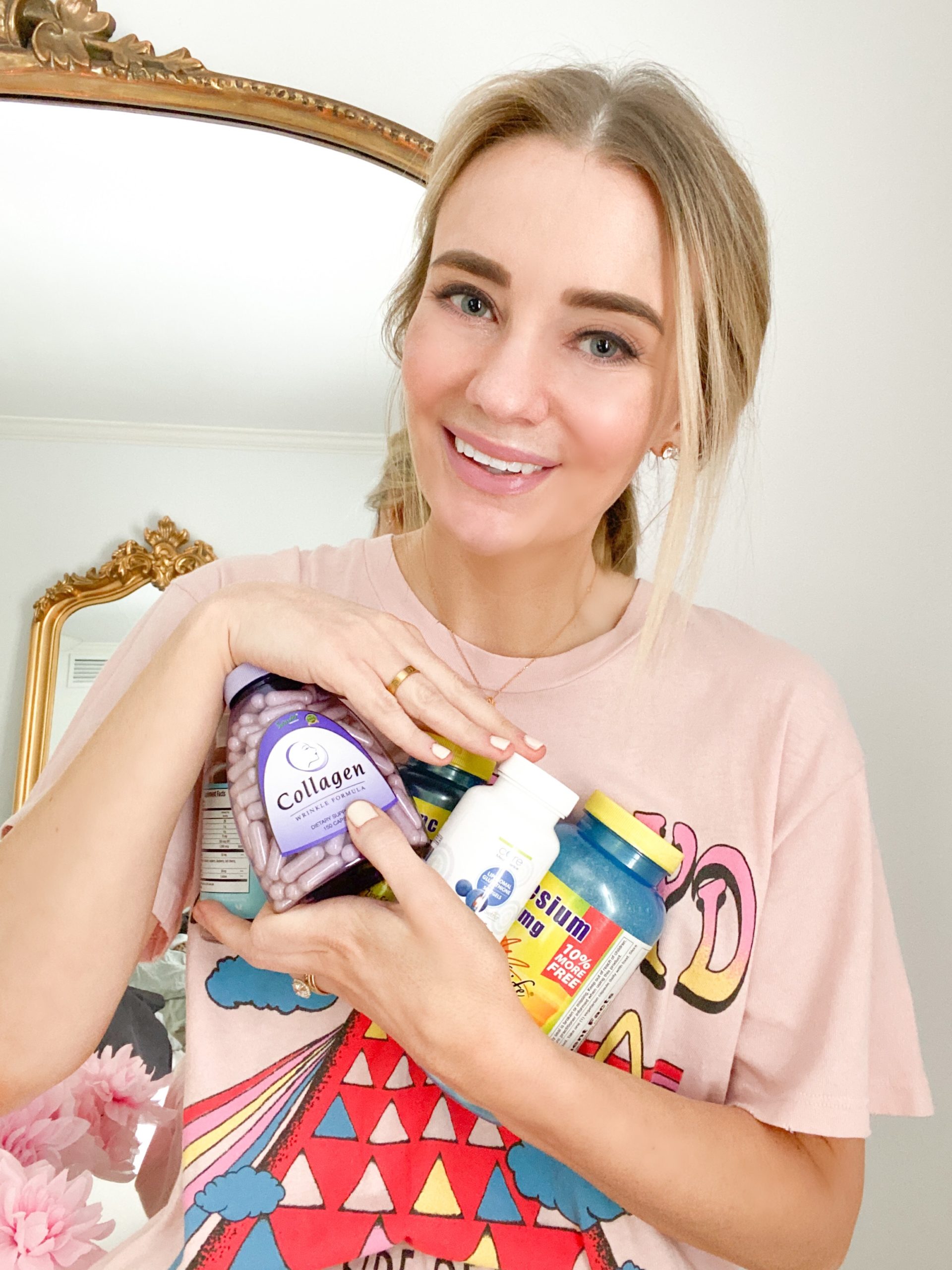 I know I’ve shared a lot on my site about what vitamins and supplements I take myself, but I thought it would be fun to share what Rob takes daily being that he is the one who got me into all of this to begin with!  Rob has always been into vitamins and supplements ever since I met him.  He comes from a huge family of health nuts – they are all vegan, into yoga and alternative medicine, and very knowledgable on vitamins and supplements.  I honestly think people would laugh if they saw how many vitamins we have in our house.  We have a cabinet filled with vitamins in our kitchen, a cabinet filled with supplements and protein powders, and another cabinet with even more vitamins.  Let’s get into what Rob takes on a daily basis:

B-Right B-Complex – B vitamins are vital for your body to function properly and often times we are running low on a few of them. Taking a B-Complex is great because it covers all your bases and provides so many benefits. For men specifically it helps increase testosterone, metabolism and muscle tone. 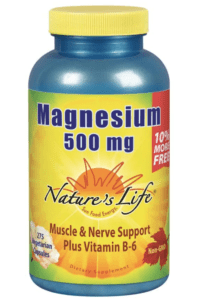 Nature’s Life Magnesium – This supplement is great for so many reasons but particularly great if you suffer from any muscular or nerve pain. If you are prone to migraines and/or headaches try incorporating magnesium into your diet, there’s a strong chance it will help decrease the amount and severity.

NOW Diet Support – When paired with a balanced and healthy diet this supplement facilitates the transfer of fats into the mitochondrial membrane for use in cellular energy production. Basically, it helps your body better digest and process your food for higher a energy level and lower fat absorption.

Kyolic Garlic Cardiovascular Formula – Garlic has many different health benefits one of them being its ability to keep your arteries clear of any blockages and it is also a great immunity booster helping prevent sickness such as the common cold.

81mg Low Dose Adult Aspirin – If you have a higher risk of having a heart attack due to a family history of heart attacks, or having already had a heart attack, then it is likely your Doctor has prescribed you one baby aspirin a day.

No Flush Niacin – If you’re experiencing memory loss, headaches, fatigue, depression, diarrhea and skin problems there’s a strong chance you have a Niacin deficiency. Niacin, also known as B3, boosts brain function, helps with arthritis, and can lower cholesterol.

CoQ10 – This is a great for aging athletes because it reduces the oxidative damage that leads to muscle fatigue. It is also recommended for anyone who has personally dealt with or has a family history of heart issues, lung disease or cancer, as this supplement aids in the prevention and treatment of all three.

Curcumin from Turmeric Root – Turmeric has been proven to help with so many different things that it honestly wouldn’t hurt to incorporate it into your mix of daily pills. Some of the benefits include, potential to prevent heart disease, Alzheimer’s and even Cancer. Plus, it is an anti-inflammatory, antioxidant, helps with depression and arthritis.

Vitamin D – Almost everyone is low in Vitamin D, especially during the winter months. Vitamin D is great for your overall health and immune system and really great for improving your mental health as well.

Red Yeast Rice – Used to help lower cholesterol levels, however it is not successful for everyone and can interfere with certain medications. Check with your Doctor before you begin taking this supplement.