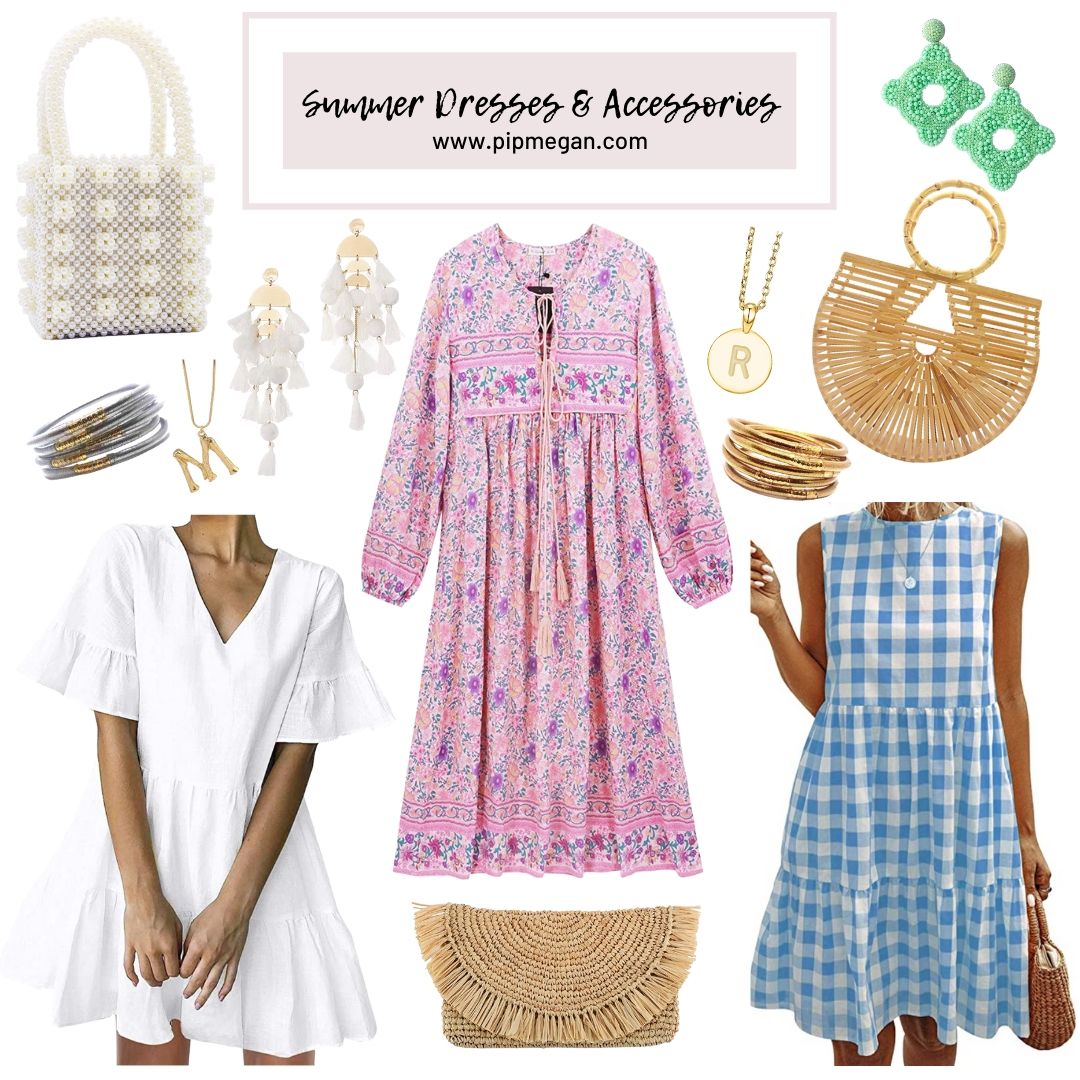 Spring and Summer means it’s time for one of my favorite things – fun accessories and cute dresses! One of my favorite dresses for the past couple of years has been this Amazon “nightgown” dress because it’s literally like wearing a nightgown, but really cute! The pink print I am wearing is one of my favorite color ways, but I also have this same dress in a turquoise print, an orange print, and a white print.  I am wearing the XS in these photos but I also own a small and medium and to be honest they all fit pretty much the same.  The XS is a little tighter across the chest, but that’s the only difference to me. 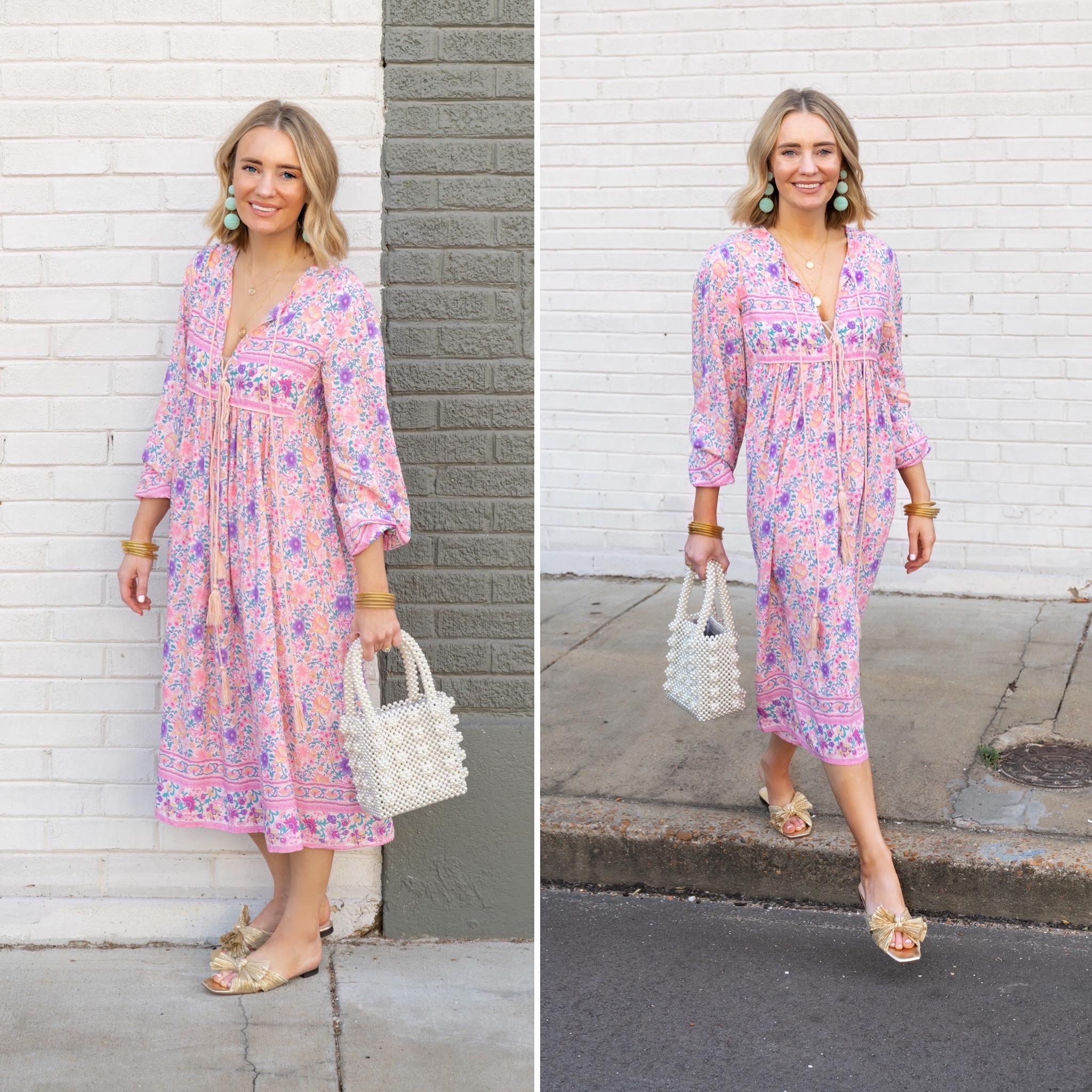 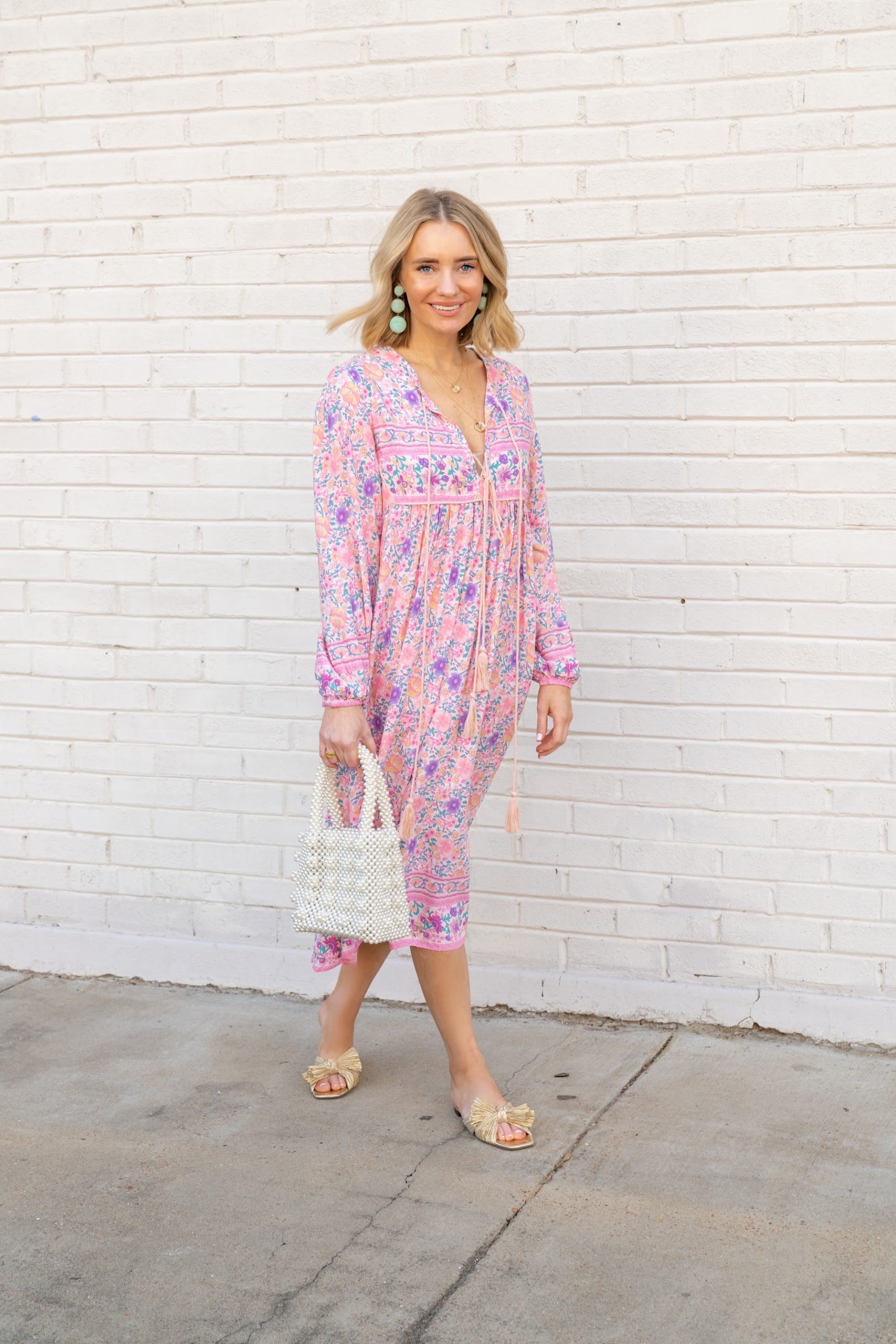 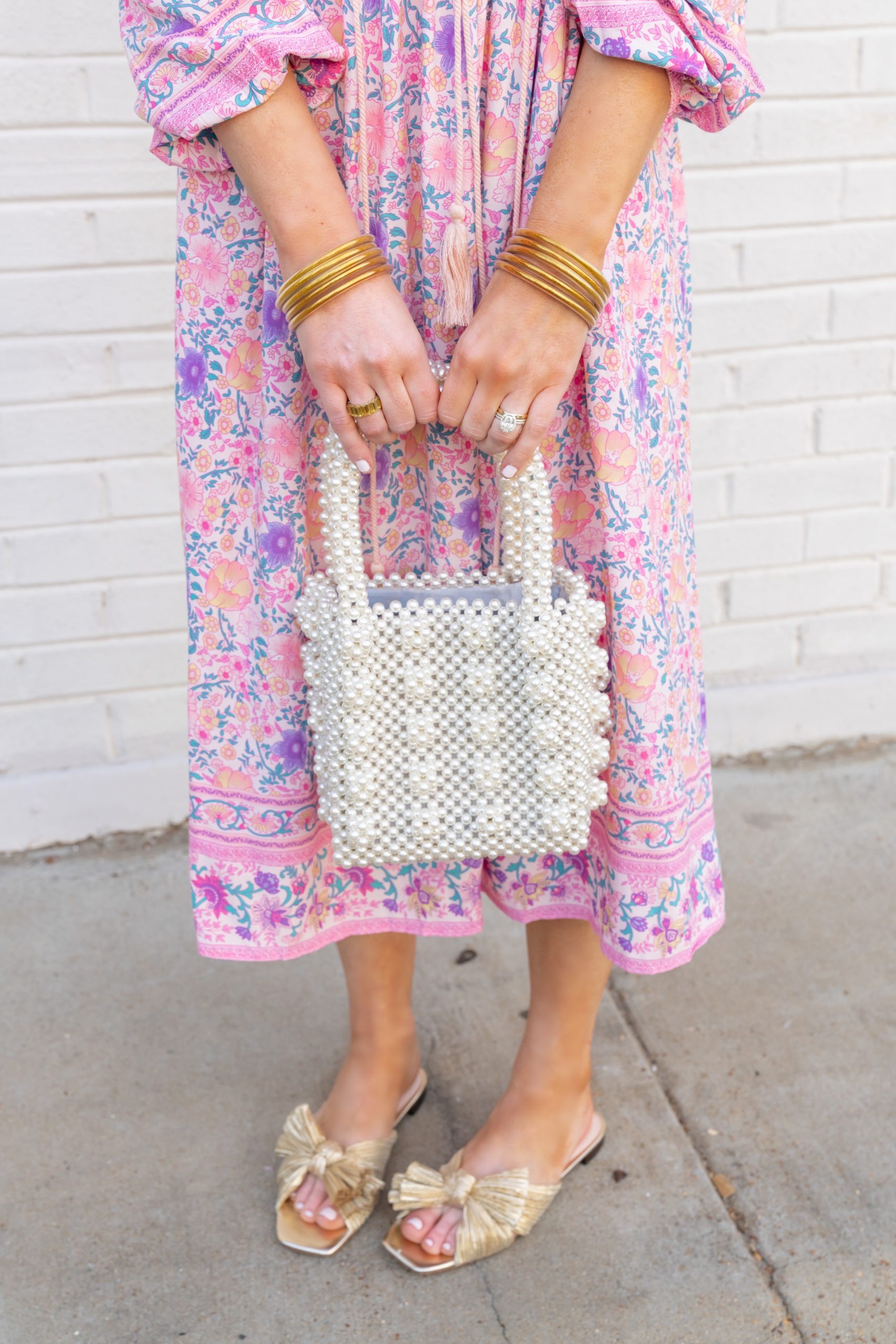