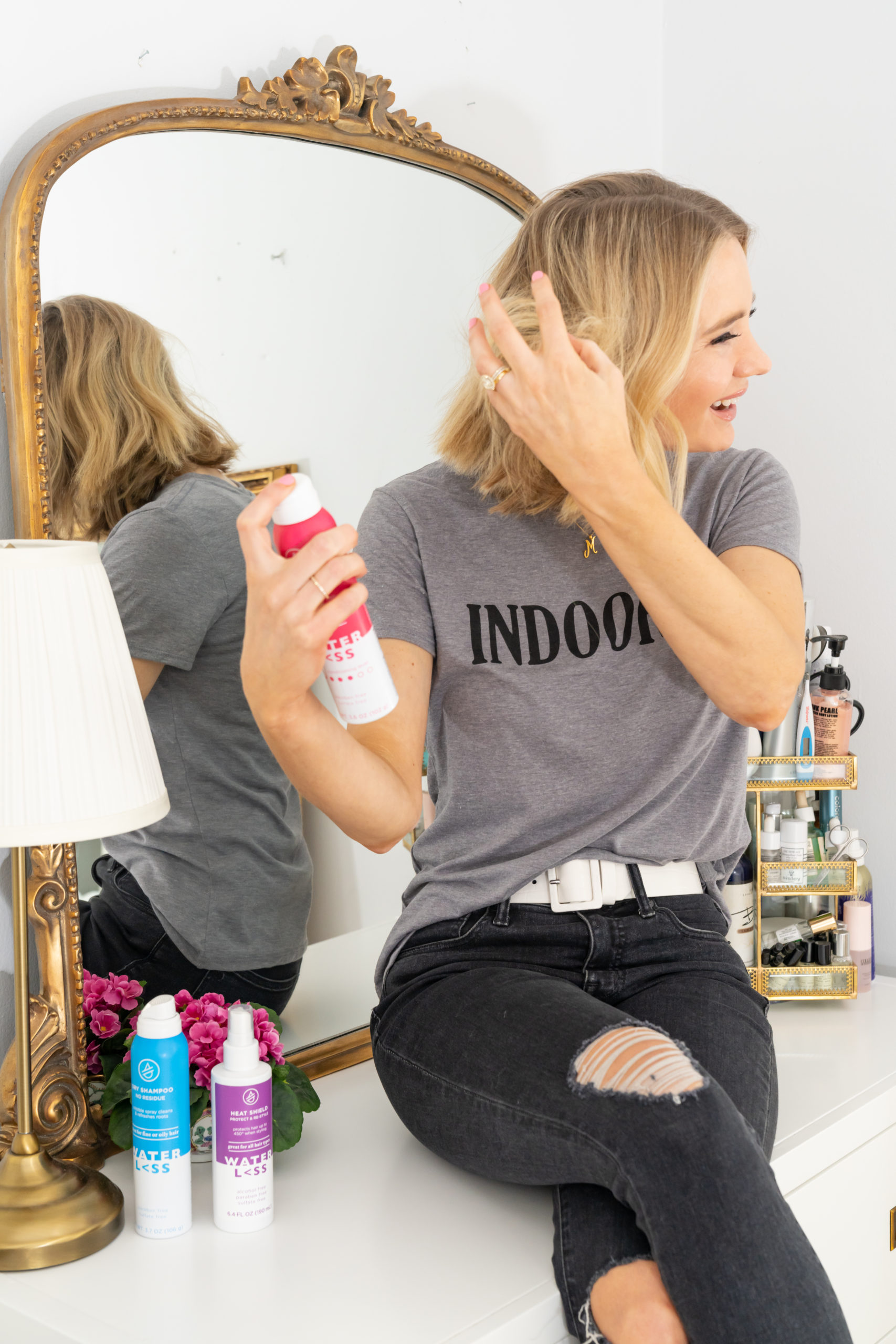 This post was sponsored by Waterl<ss, but all thoughts are my own.

If you’ve been following me for awhile you may already know that I have really fine hair, but a LOT of it, making it look like I have thick hair. This makes it really difficult to wash my hair every day. However, I also have a very oily scalp so my hair tends to get oily within a day or two after washing it. Because of this, from the moment I discovered dry shampoo it instantly became my favorite hair product.

That is until I learned about Waterl<ss residue-free products. Instead of a traditional dry shampoo, Waterl<ss uses micro-fine tapioca starch to create a mousse that absorbs oil and cleans the hair, leaving no residue and uses zero water. This product is also perfect for people with fine or oily hair, like mine. 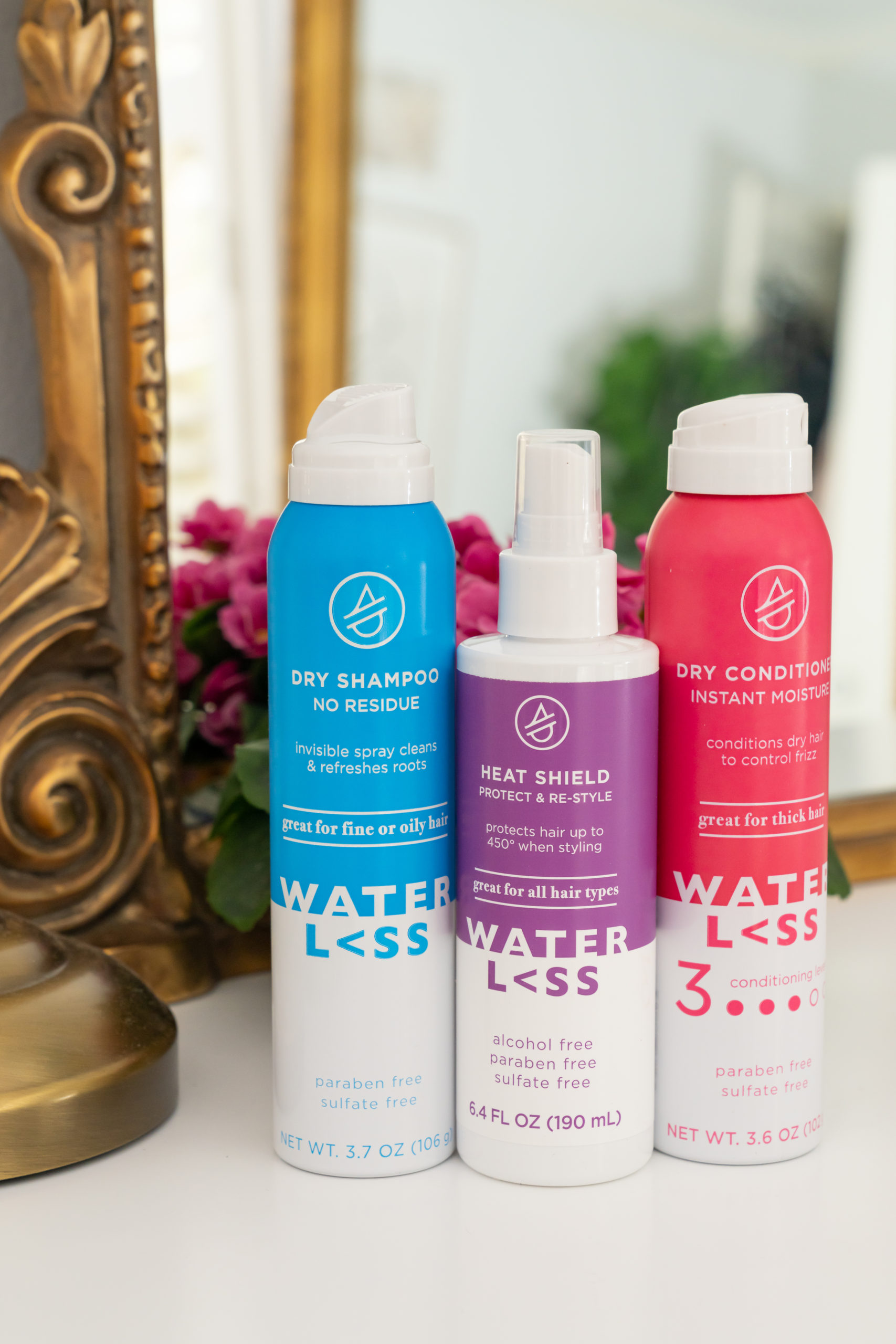 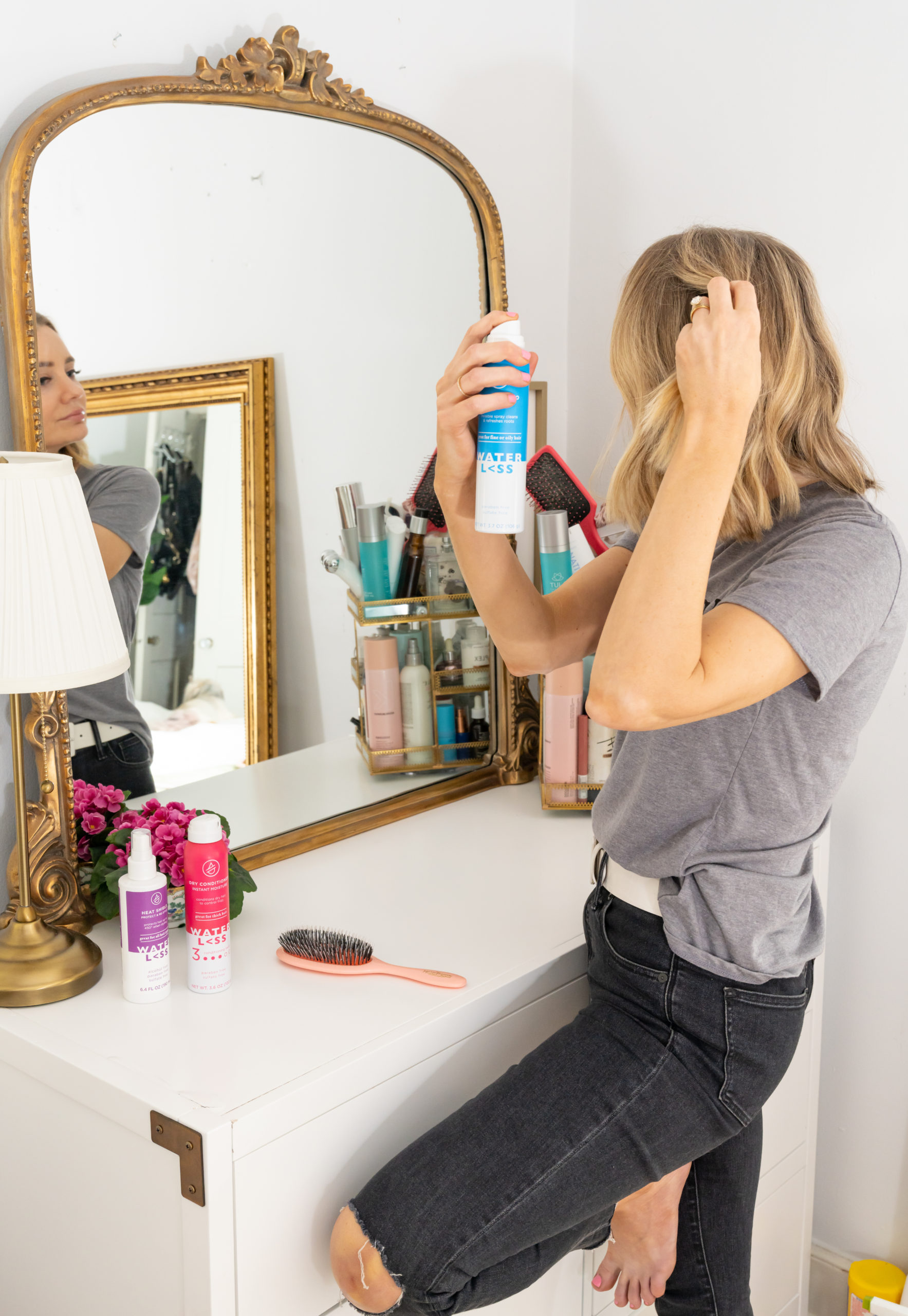 So, why Waterl<ss? Waterl<ss was designed and launched with women in Cape Town Africa during the Day Zero water crisis in early 2018 after the city of 4 million announced it was 3 months away from running out of water. With an urgent need for products to enable greater stretches between wash days, Waterl<ss provided the people of Cape Town with an option when they had no choice but to not wash their hair.

Designed to meet the needs of all hair types, Waterl<ss offers a range of flexible non-wash day solutions that can be used without a drop of water. No matter if you’re choosing to skip a wash to save time, save water, or save your hair from the wear & tear of drying and styling, the collection of Waterl<ss products provides solutions for brighter, more beautiful non-wash-days.