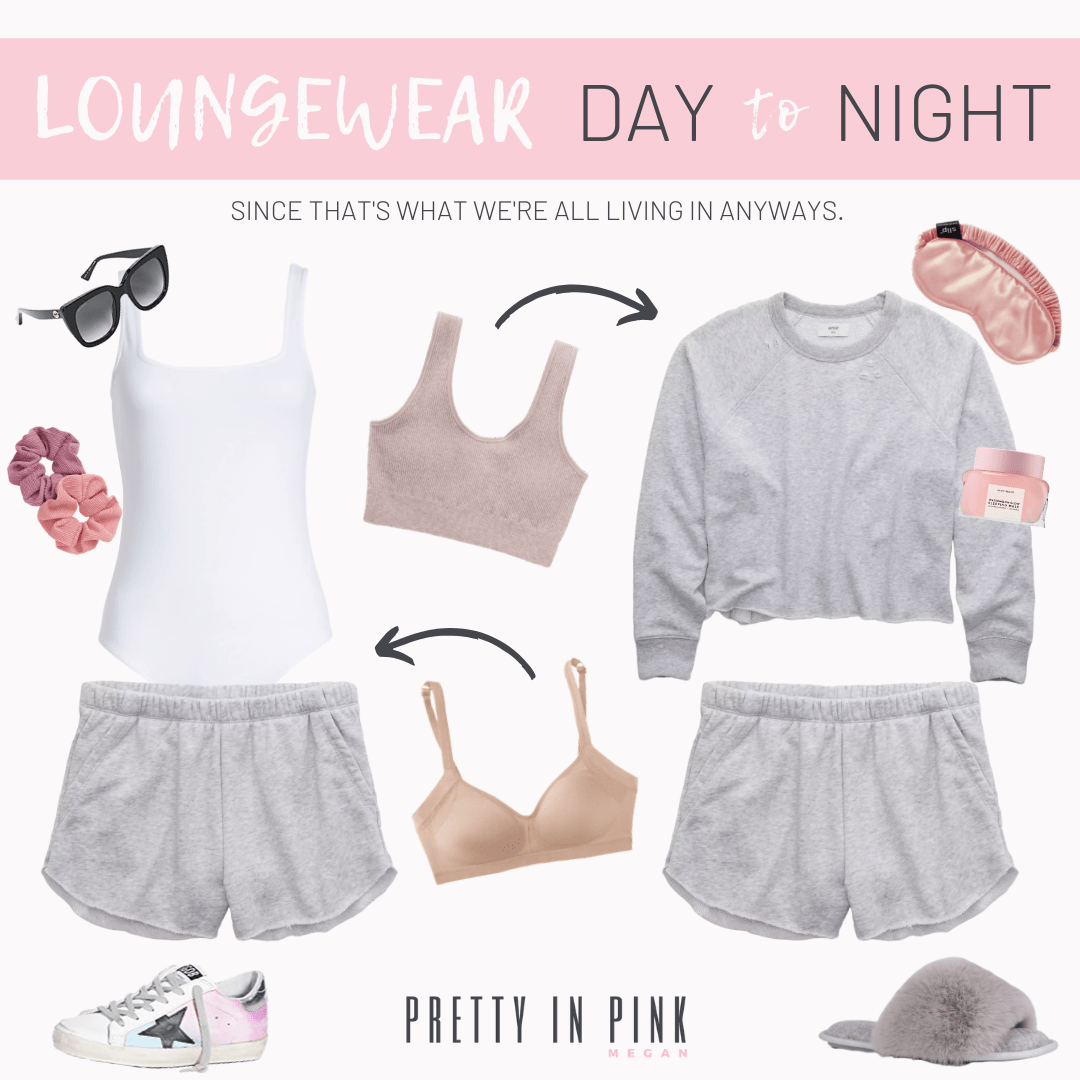 We’ve now moved from the sweatsuit pants loungewear to the summer shorts loungewear, and I have to say I am loving the “sweatshorts” so much better than pants.  I’ve always been an athletic shorts girl (hello, I wear Nike shorts like every night) and to me, shorts are just much easier to move around in at night.  I have found the most perfect sweatsuit set that contains shorts and a matching distressed sweatshirt (the material is pretty thin so good for this time of the year).  I will be wearing this outfit until further notice.  I also got it in cream – a lot of the colors were sold out, but I am hoping for a restock so I can up my quarantine shorts game with some festive colors.