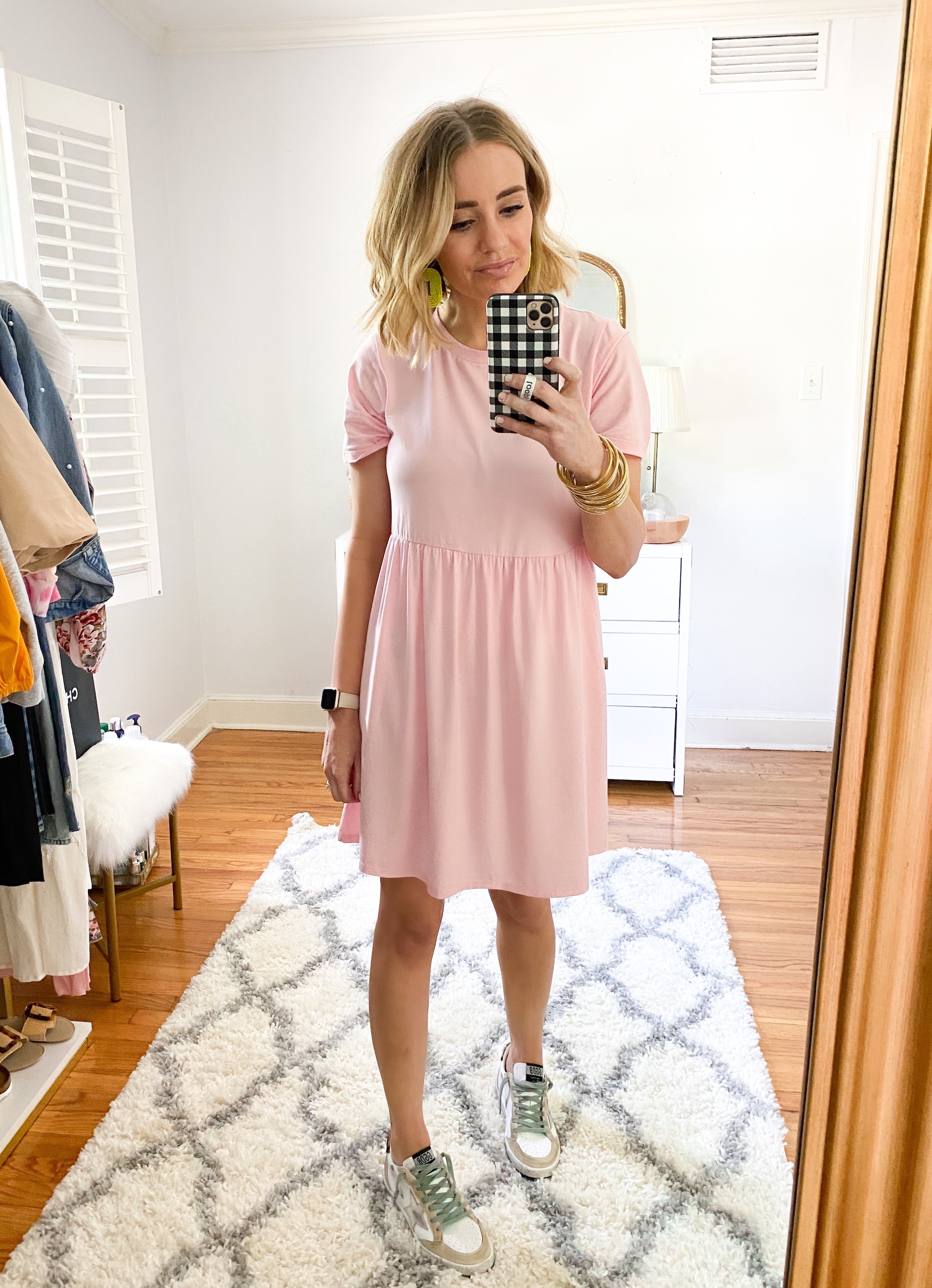 Every year around this time I will load up on my favorite t-shirt dresses and that’s pretty much all I’ll wear for work, play, and pretty much anything else.  Last year it was the Walmart t-shirt dress, this year it’s this Target t-shirt dress.  I have it in 3 colors and I love how soft it is and how it looks cute on its own, or you can snazz it up with a belt and a blazer for a more work-appropriate getup.  At just $20.00, you can feel confident knowing you have some good options that won’t break the bank.  I tried on each of the 3 “Target finds” for you all to show you some different ways you can style each one. 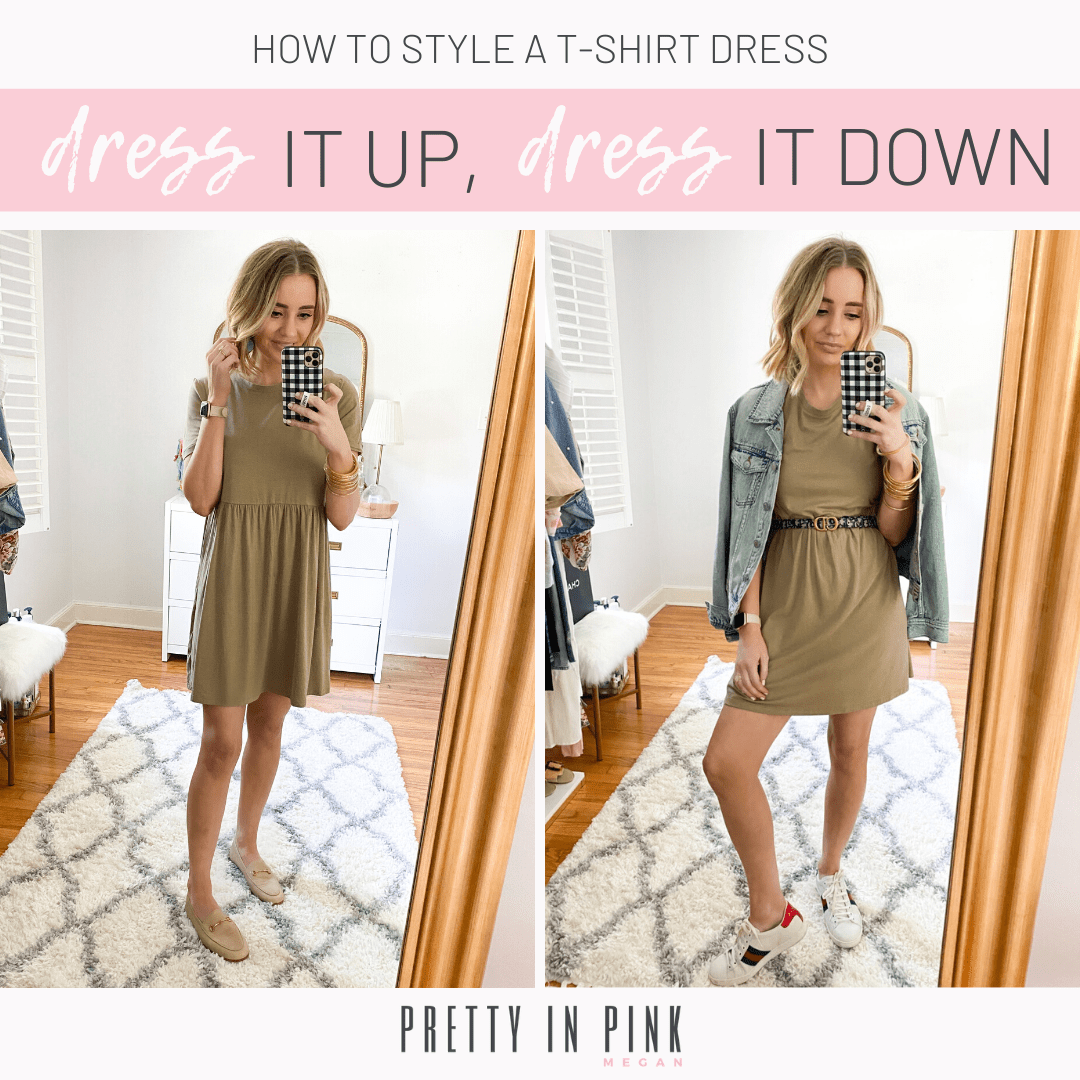 With the green dress I would wear it with simple loafers and maybe a blazer for work with some fun earrings.  If I were traveling or just going on and about, I’d throw it on with some sneakers like these from Gucci and add a logo belt and jean jacket.  I feel like this olive green color goes with anything and especially looks nice with a pop of neon, so don’t be scared to throw on some festive earrings or a necklace in a bright color. 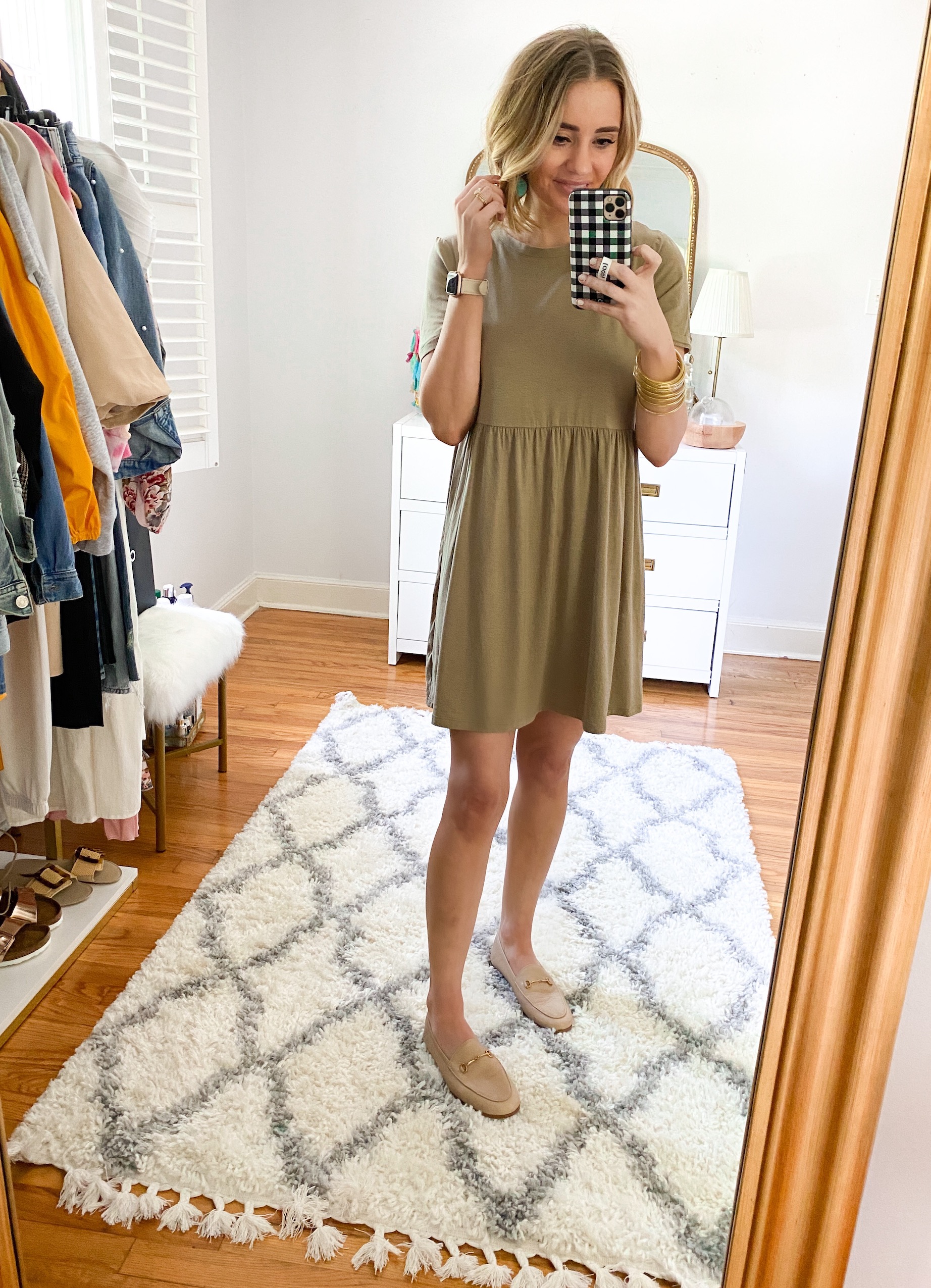 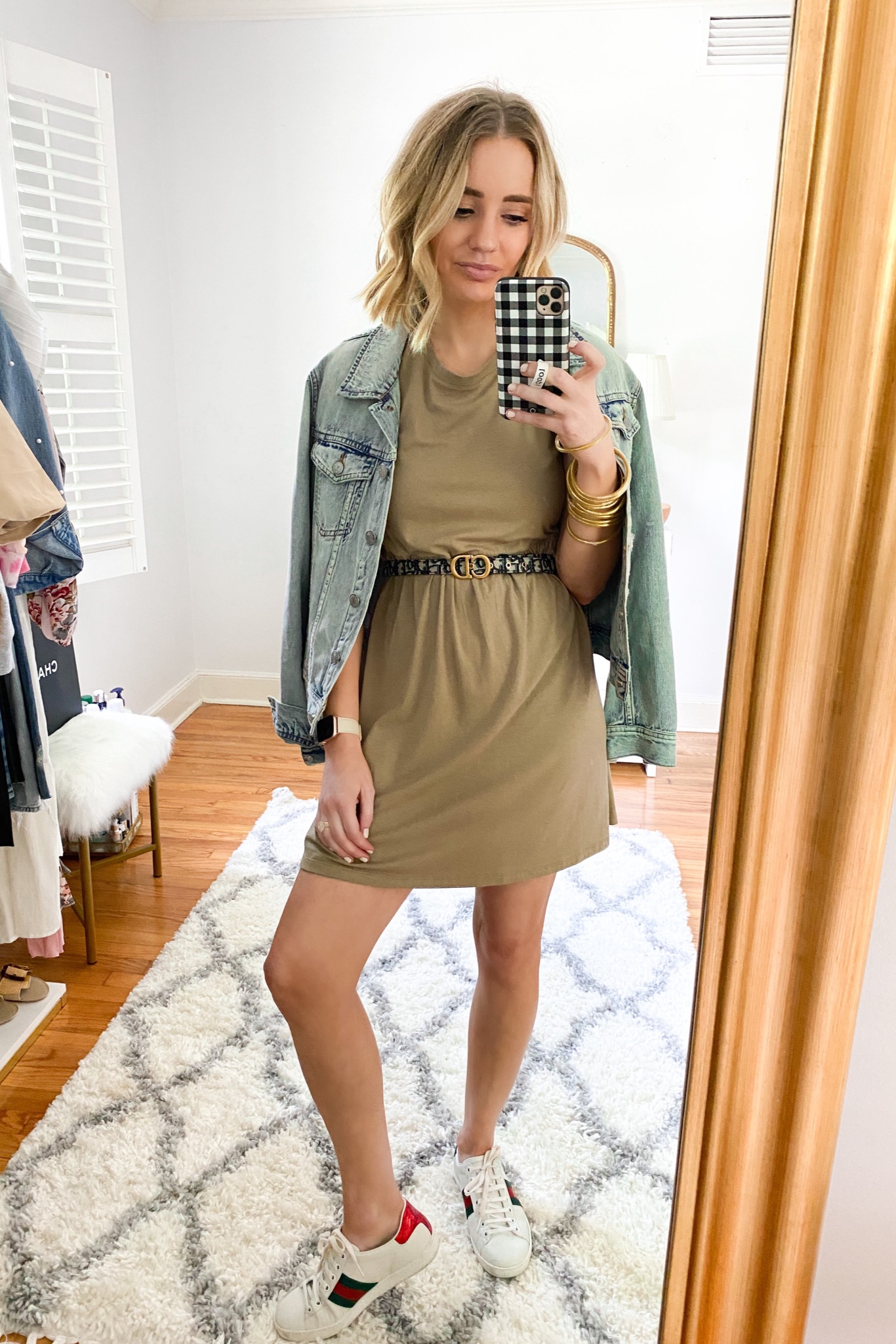 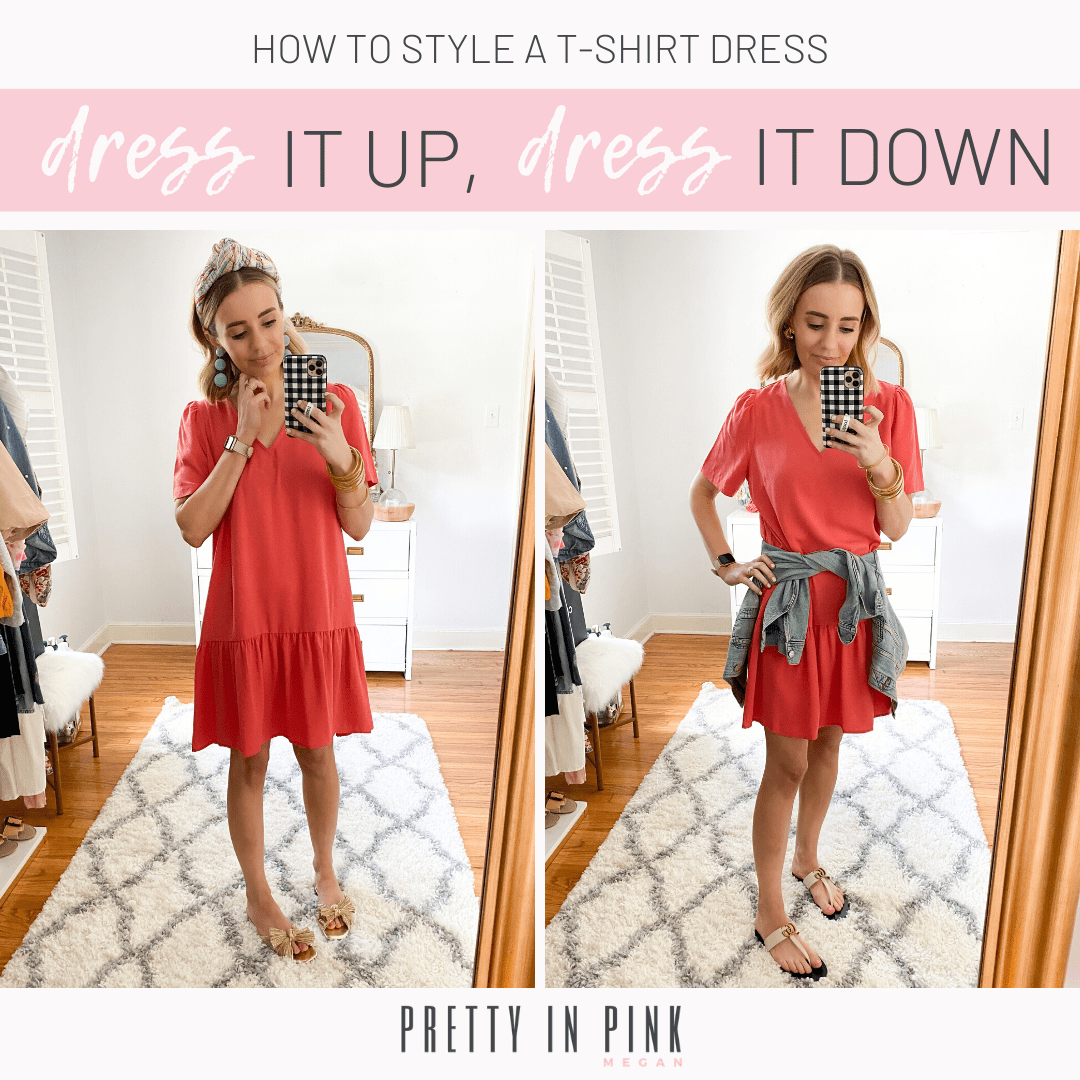 This Target dress is a little nicer as far as the material (it’s polyester) and the sleeves are slightly puffed.  There is also a fun drop waist ruffle bottom.  This dress is very flowy, so you can size down and feel certain that you will still have plenty of room.  To dress this one up I decided to add this fun headband and some bright earrings as well as these gold ruffle flats.  To dress it down I threw on some flat thong sandals and tied a jean jacket around my waist.  You could also throw on a cute straw hat if you are planning on being outside. 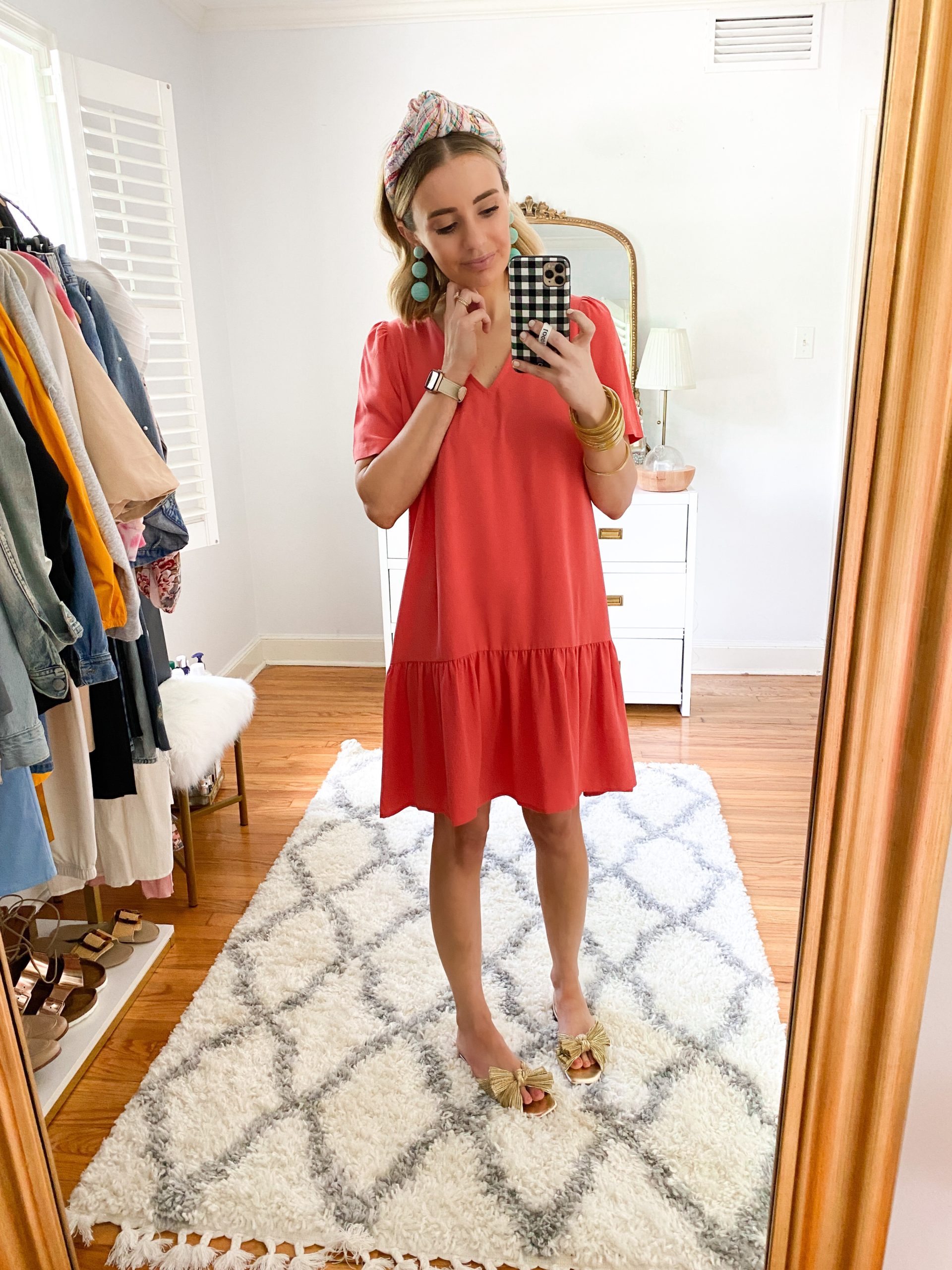 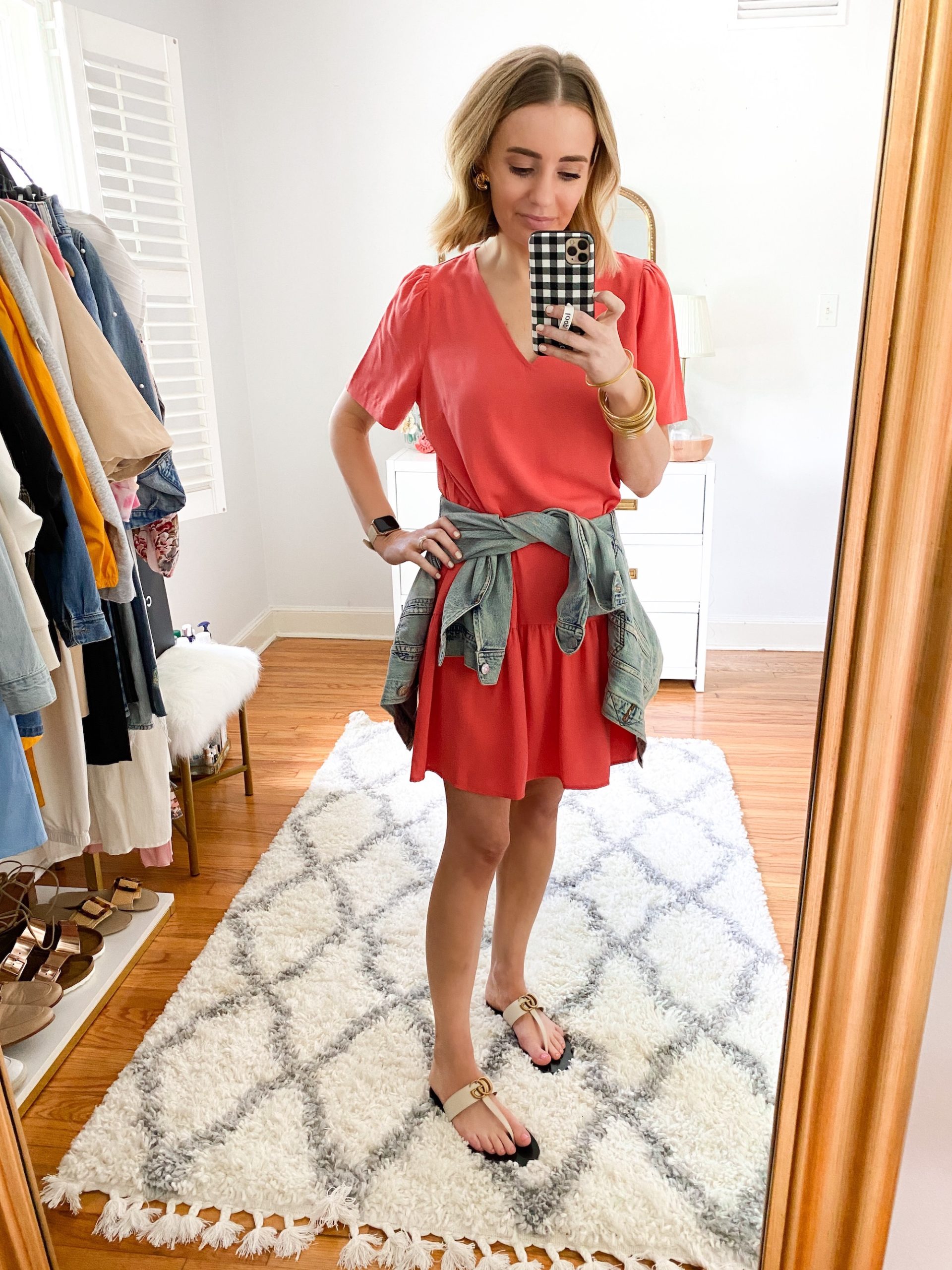