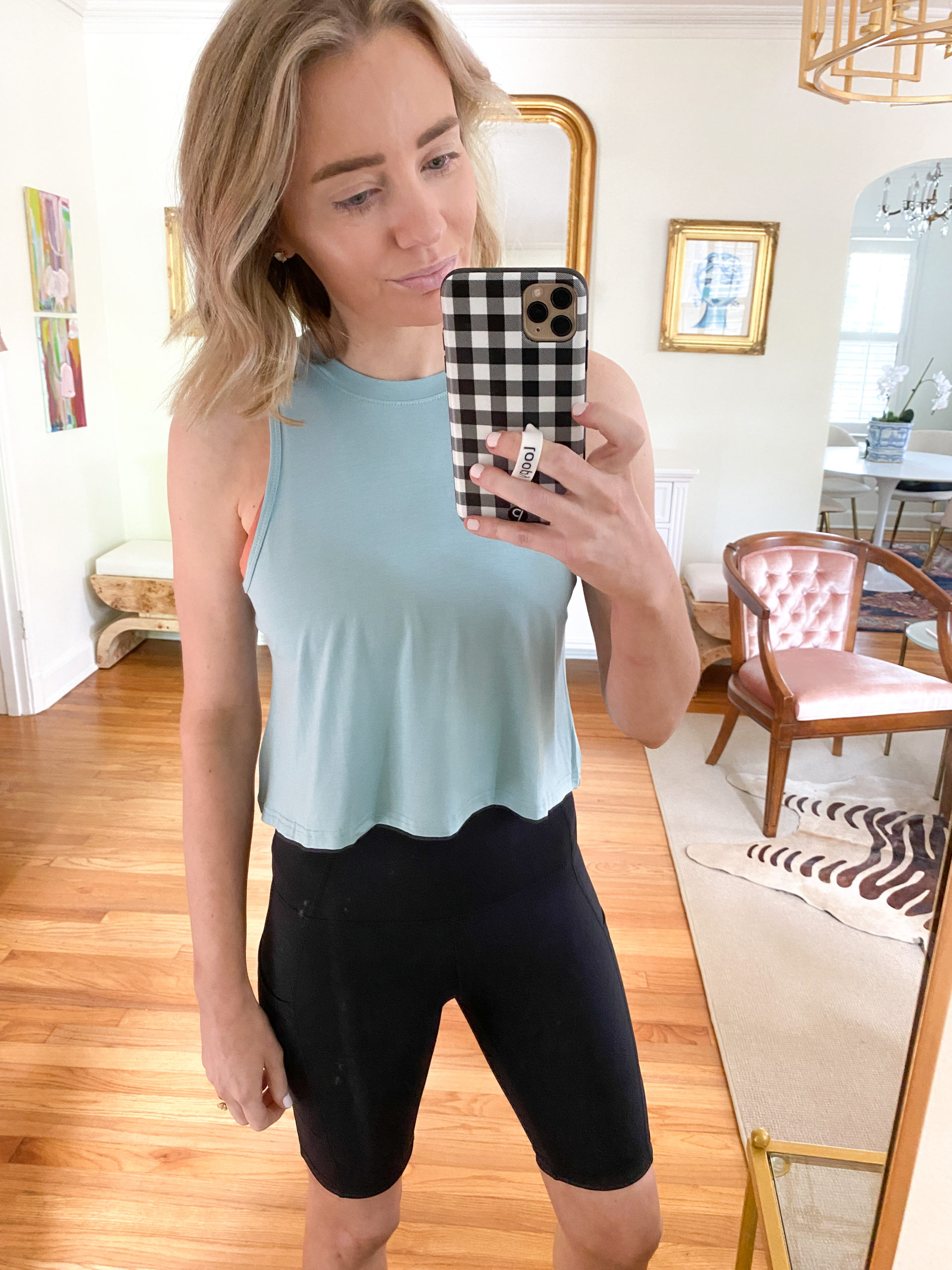 You all know I’m not a huge workout person, but I do love to power walk and let’s be honest- I’m in “workout gear” most days just for something to wear.  Now that it’s insanely hot here in Memphis I wanted to get some items that would be easier to wear on my nightly walks.  I found this 3 pack of oversized tanks on Amazon and there are so many different color combinations.  These are definitely cut down low on the sides intentionally so make sure you have a sports-bra you plan on wearing with them.

I really wanted to try the biker short trend so I got these inexpensive ones from Amazon with little pockets for your phone and other belongings.  I think they look fine but I don’t think the look is for me 😛 Something about the length of the shorts that cuts my legs off and makes them look short and stumpy.  I’m glad I didn’t buy an expensive pair!  Maybe they will grow on me but looking at these pics is giving me vivid flashbacks of wearing bermuda shorts in college. 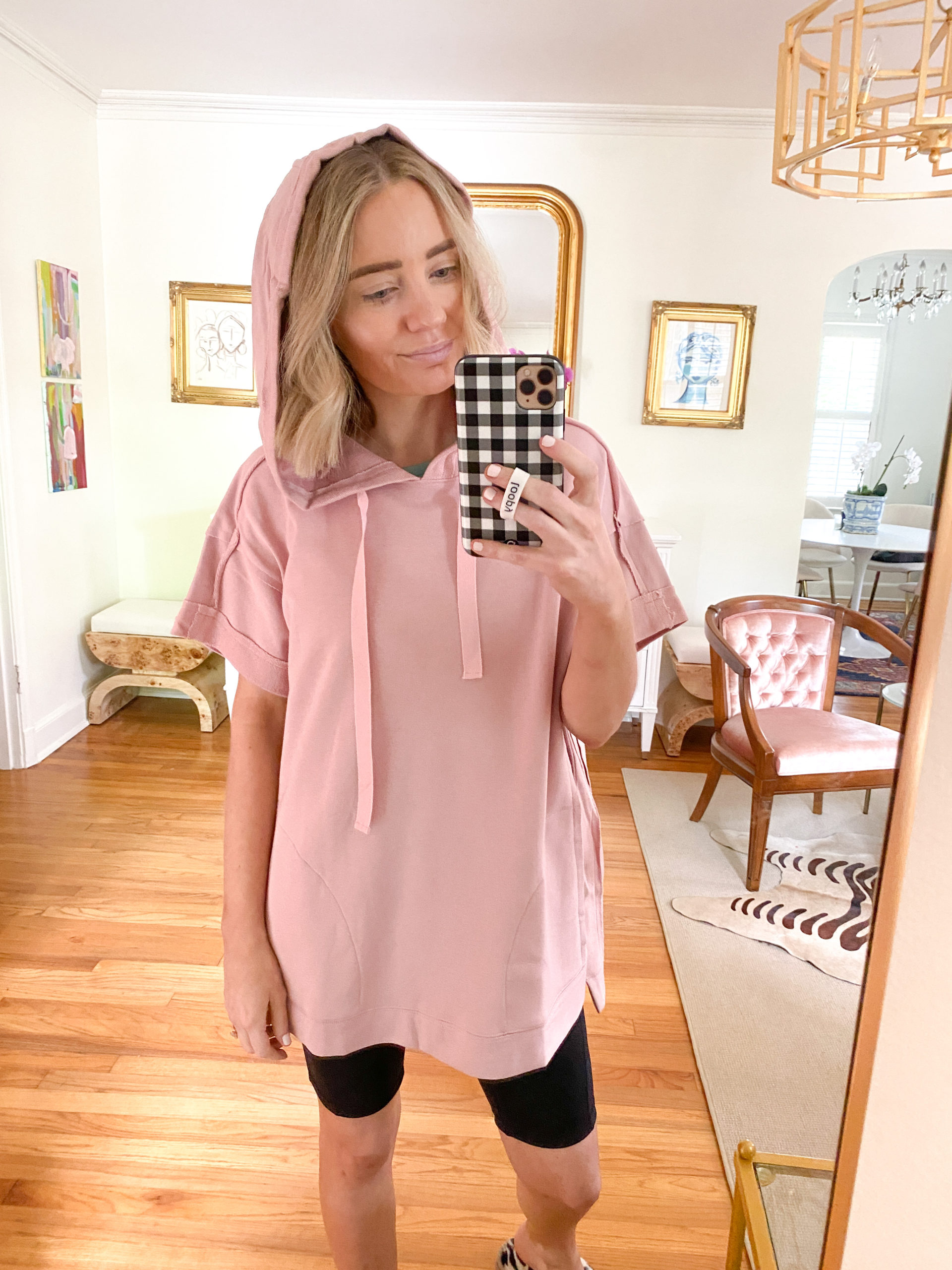 I love this oversized short-sleeved hoodie because it’s lightweight and has pockets.  This is a great staple to throw on over tanks or workout tops.  It’s also long enough to cover your bum if you are wearing tight leggings or workout pants.  I loved this pink color but it also comes in four other colors including a really nice light grey. 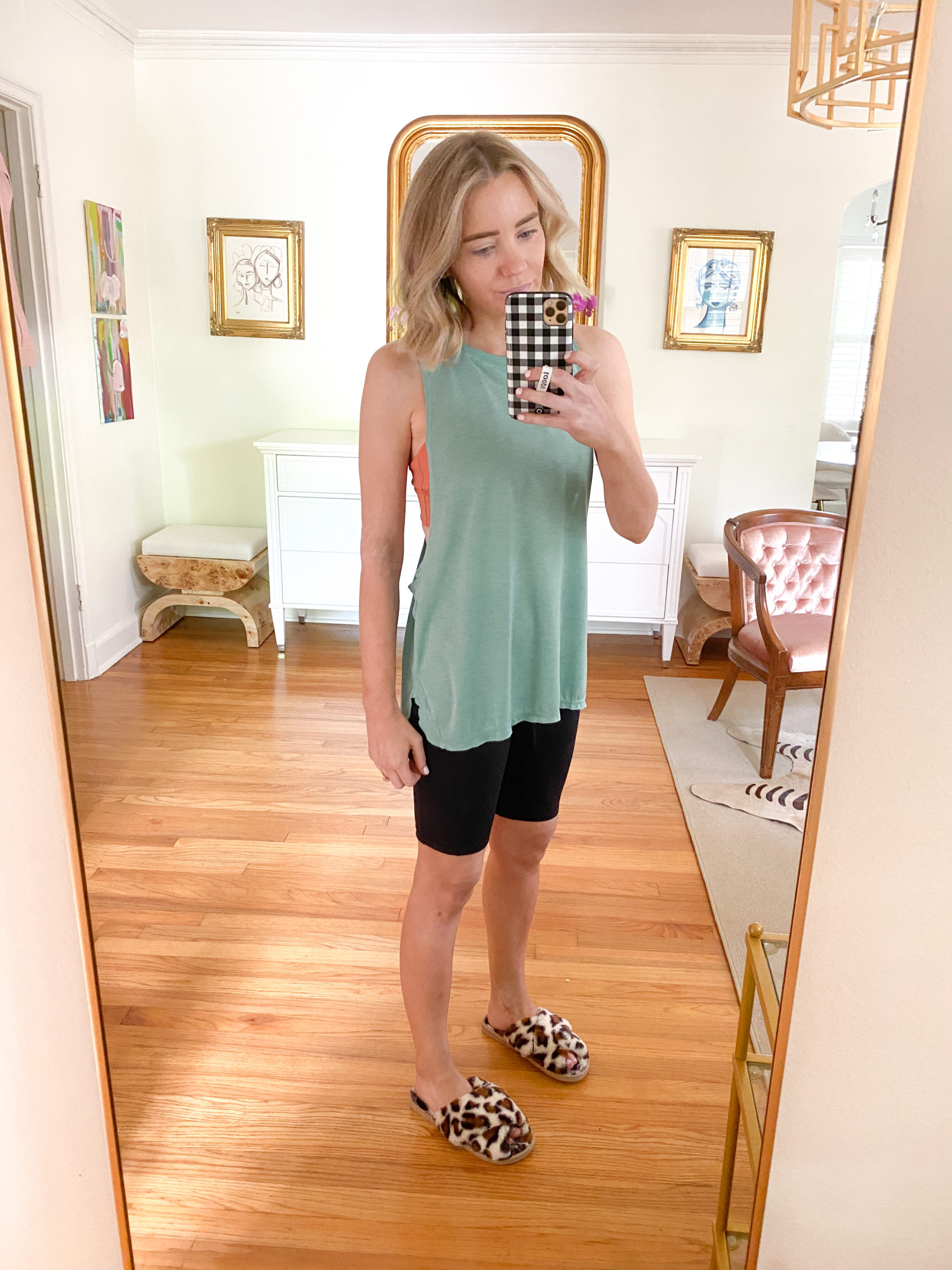 These leopard fuzzy slippers are probably my most worn shoes in months 😛 I have this same slipper in several colors and just recently got the leopard version.  In this picture I am wearing the same oversized tank from the 3 pack and also the biker shorts mentioned above. 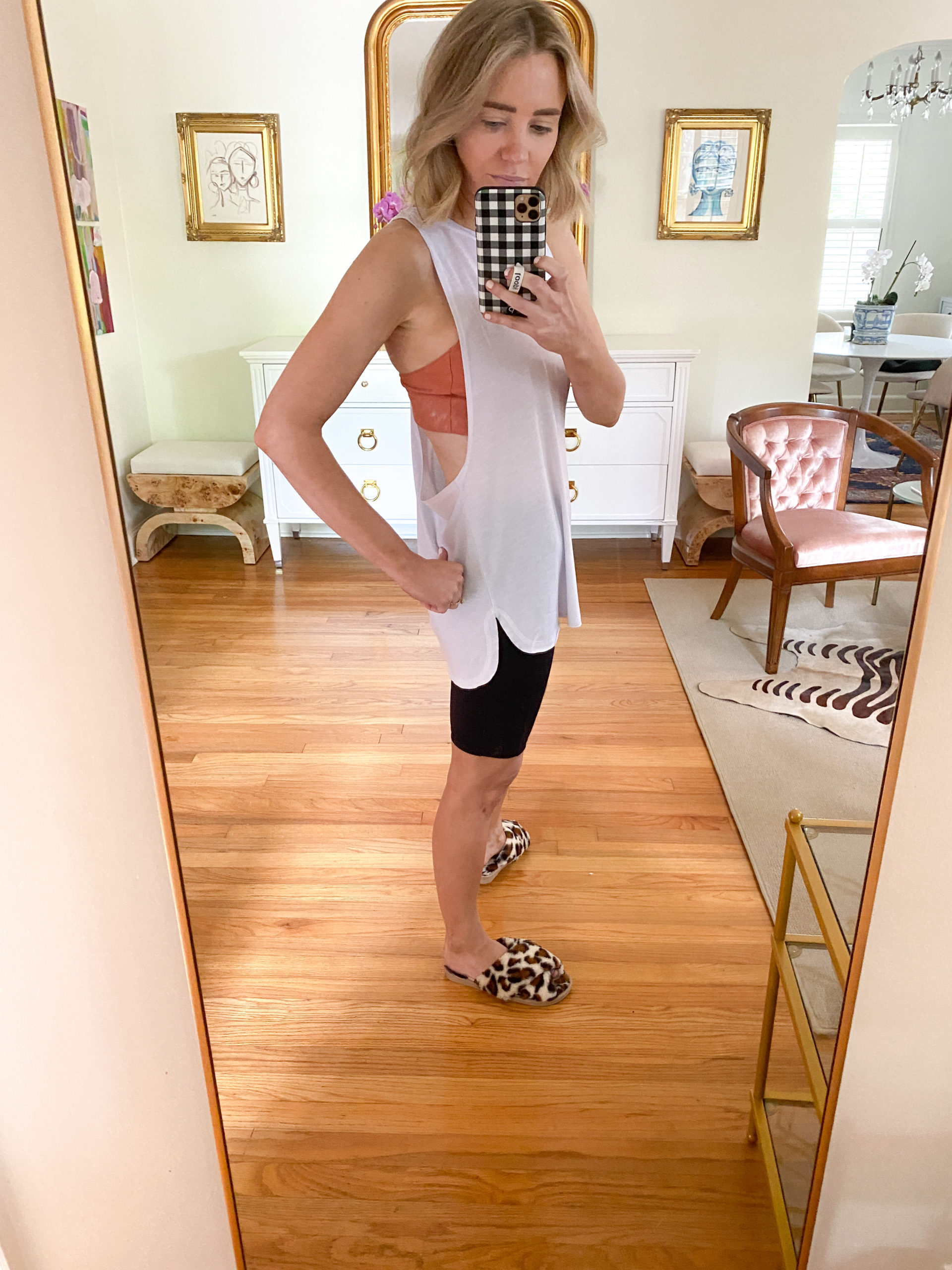 Here’s a better view of the side of the oversized tanks.  What do you all think of biker shorts for working out? Will you be wearing them this summer or not?