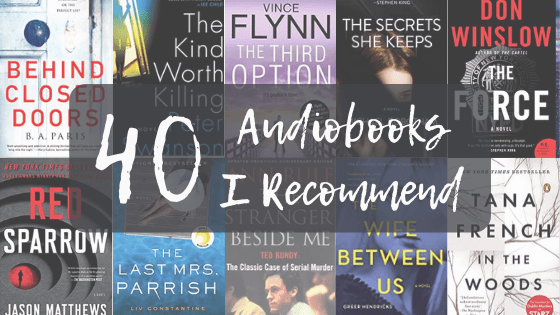 I love listening to Audiobooks, especially thrillers and crime novels. Recently, I’ve had quite a few of you ask me for audiobook/book suggestions so I figured I’d compile a long list of books I’ve listened to and enjoyed. Below are 40 audiobooks that will keep you on the edge of your seat, may cause you to bite off what’s left of your gel manicure and keep you up way past your bedtime, oh right, there’s no such thing as a bedtime in quarantine. I look forward to hearing which ones you guys like the most. Be sure to tag me @pipmegan on Instagram or Facebook!

“Are you happy with your life?” Those are the last words Jason Dessen hears before the masked abductor knocks him unconscious. Before he awakens to find himself strapped to a gurney, surrounded by strangers in hazmat suits. Before a man Jason’s never met smiles down at him and says, “Welcome back, my friend.”  – Dark Matter 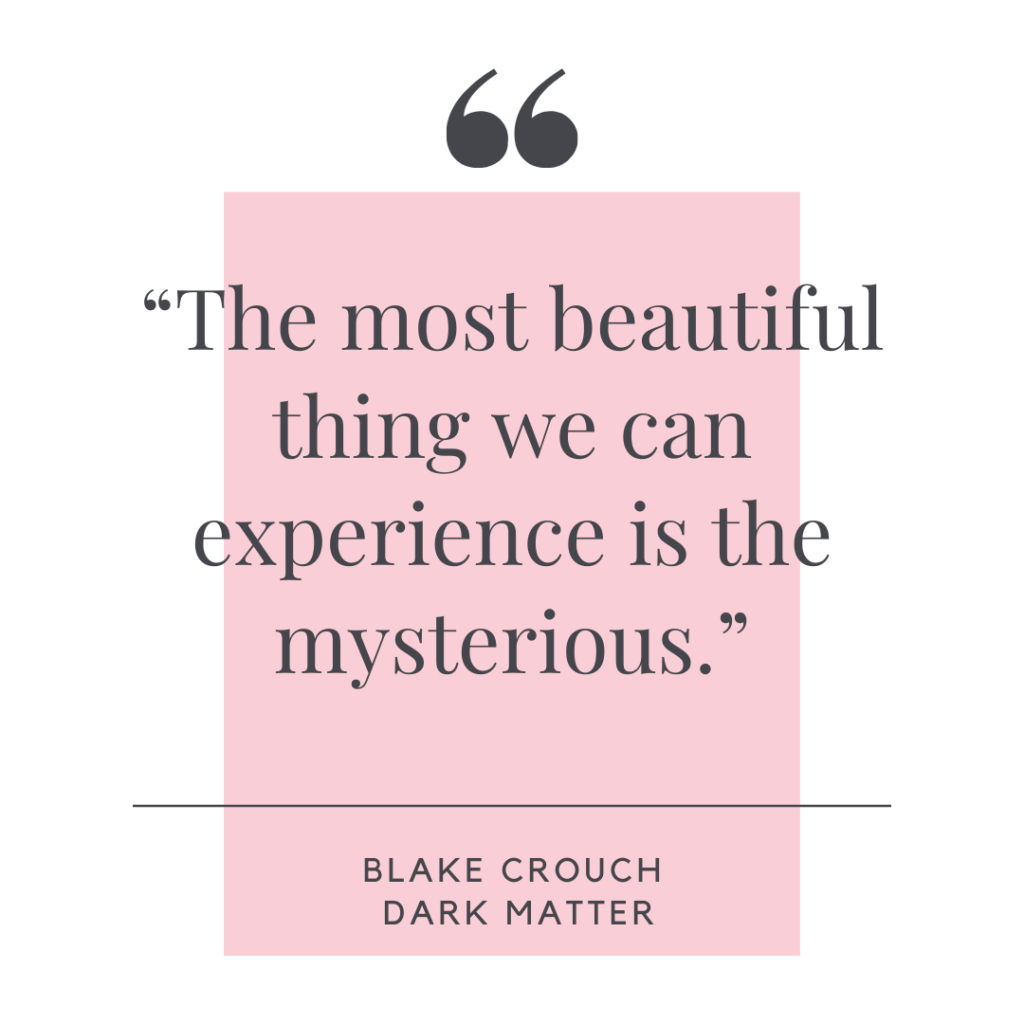 Meghan doesn’t know Agatha, but Agatha knows Meghan. And the one thing Agatha looks forward to each day is catching a glimpse of her, the effortlessly chic customer at the grocery store where she works stocking shelves. Meghan has it all: two adorable children, a handsome and successful husband, a happy marriage, a beautiful house, and a popular parenting blog that Agatha reads with devotion each night as she waits for her absent boyfriend, the father of the baby growing inside her, to return her calls… – The Secrets She Keeps 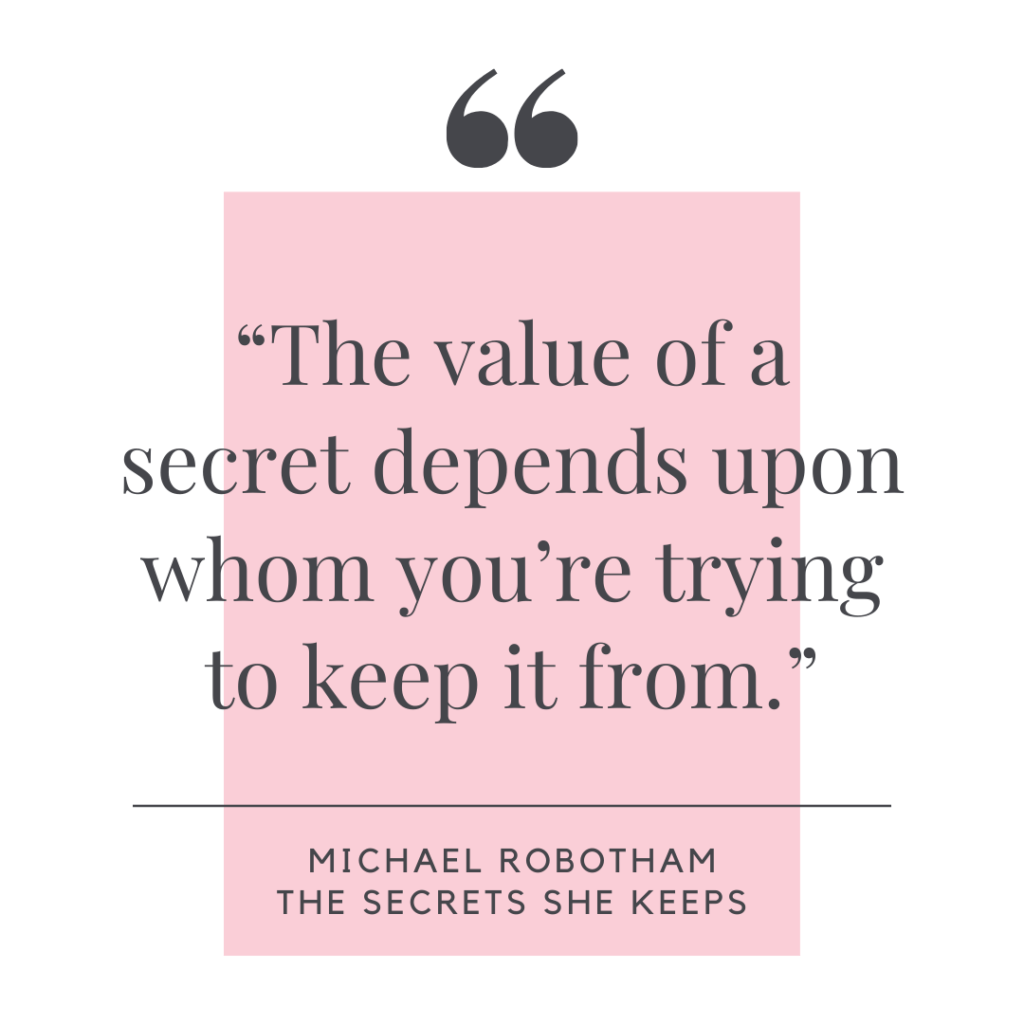 In today’s Russia, dominated by Prime Minister Vladimir Putin, state intelligence officer Dominika Egorova struggles to survive in the cast-iron bureaucracy of post-Soviet intelligence. Drafted against her will to become a “Sparrow” – a trained seductress in the service, Dominika is assigned to operate against Nathaniel Nash, a first-tour CIA officer who handles the CIA’s most sensitive penetration of Russian intelligence. – Red Sparrow 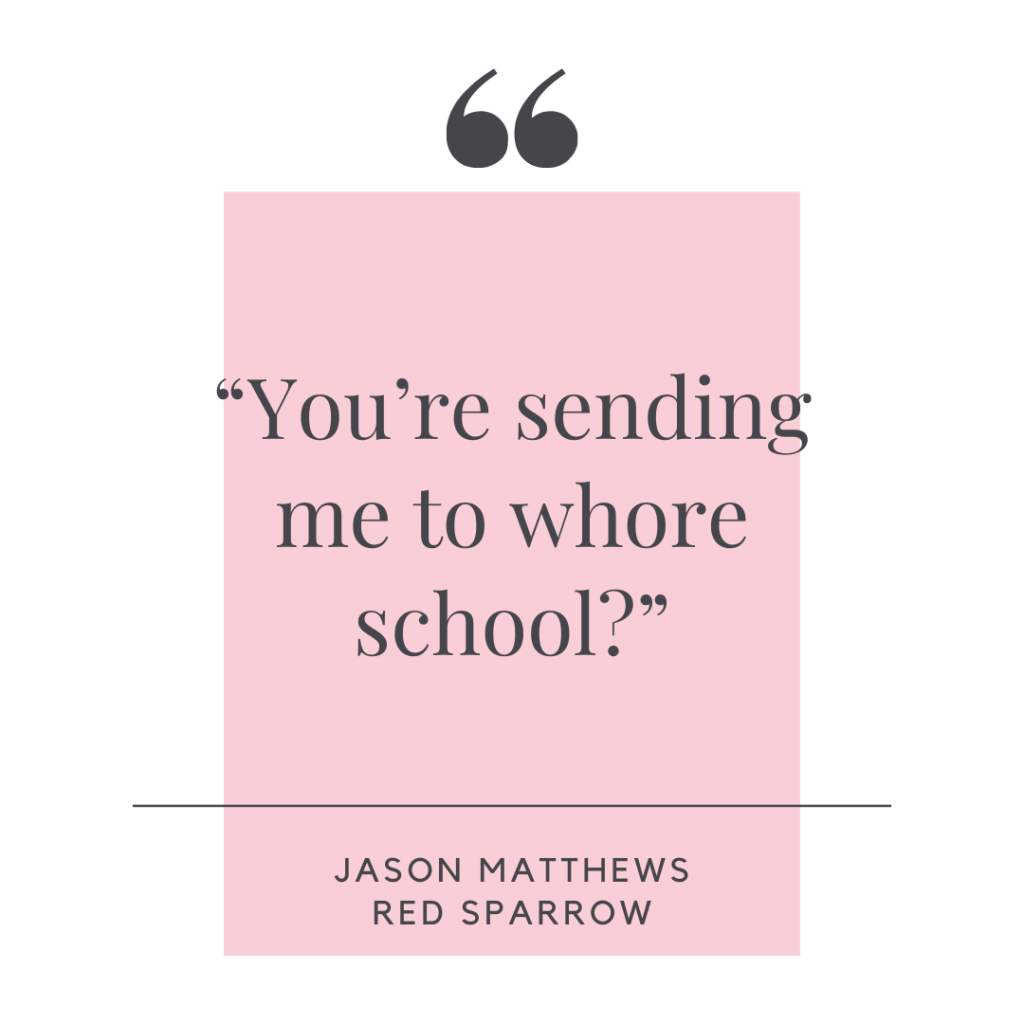 Tracy Crosswhite has spent twenty years questioning the facts surrounding her sister Sarah’s disappearance and the murder trial that followed. She doesn’t believe that Edmund House – a convicted rapist and the man condemned for Sarah’s murder- is the guilty party. Motivated by the opportunity to obtain real justice, Tracy became a homicide detective with the Seattle PD and dedicated her life to tracking down killers. – My Sister’s Grave

Like my audiobooks suggestions or have suggestions you think I’d like, tag me on Instagram! I want to see what you end up listening to and would love a few new books to listen to myself! Happy listening!