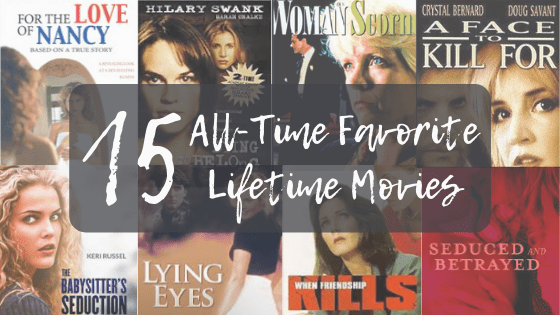 If you’ve followed me for a long time you will know that I am an OG Lifetime movie fan, like since I was old enough to turn on the TV myself.  I grew up with a TV in my bedroom and would flip that thing on Lifetime and binge movies all day long.  I actually remember a day where we were off from school (this was probably like 5th grade) and I laid on our living room floor and watched about 6 Lifetime movies back to back, one with Suzanne Sommers where she was possessed by someone and another about a teen runaway.

One distinction that needs to be made is that there is a vast difference in the Lifetime Channel and Lifetime Movie Network.  Lifetime Movie Network plays Lifetime movies all day, every day (my personal favorite) and Lifetime Network only plays the movies on weekend nights.  I am such a Lifetime Movie fan that I actually pay for their “Lifetime Movie Club” app where you can access lots of their movies 😛 Needless to say, I’ve pretty much seen them all and have some classic favorites that you need to watch! Honestly, it was really hard to narrow this list down to just 15 movies.  I could probably rattle off 50-75 that are really good, but I wanted to stick to the classic old-school Lifetime movies that are super dramatic and will suck you in. 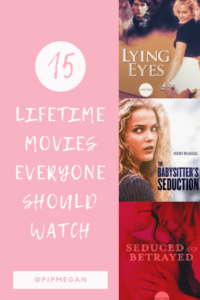