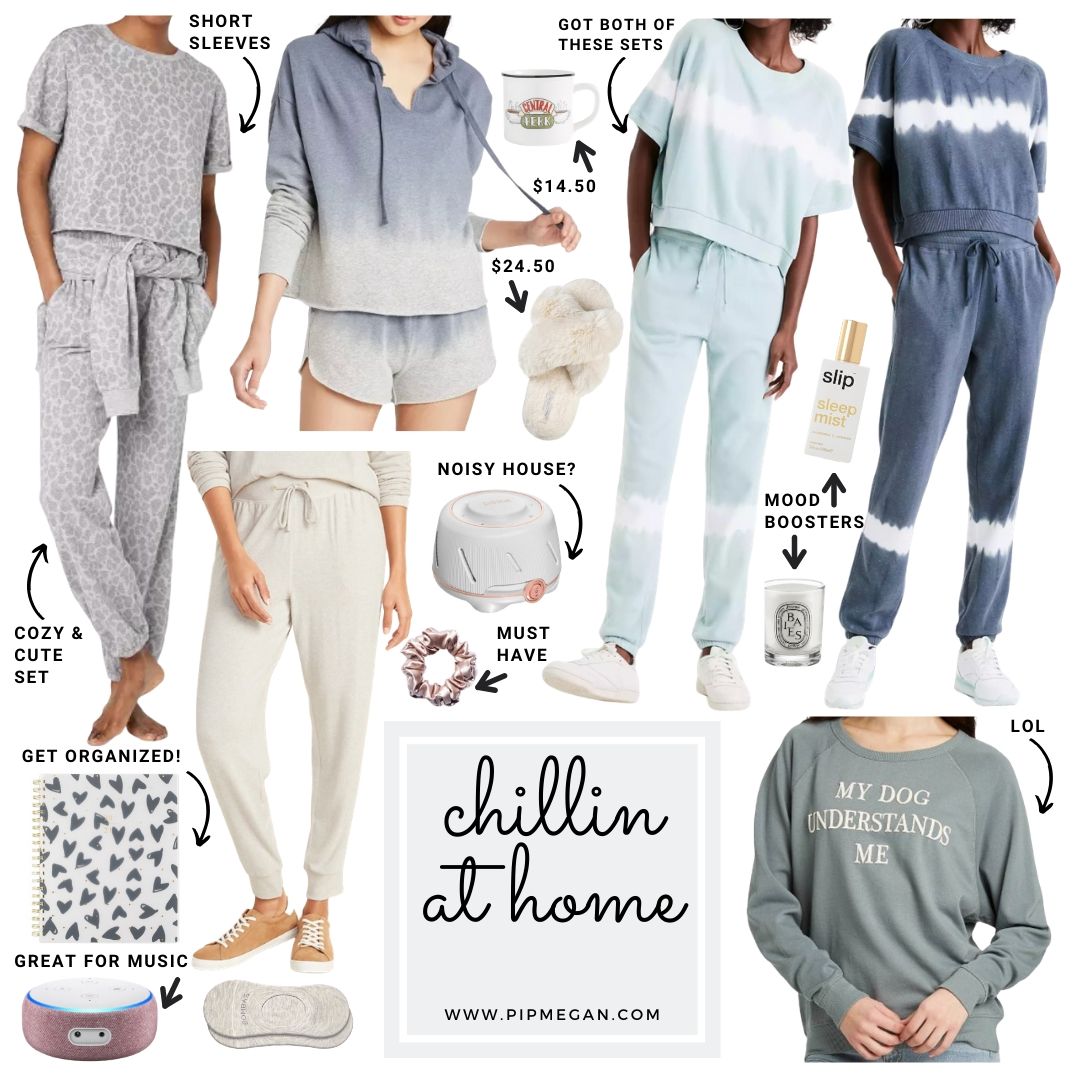 I’ve always been a fan of matching sweatsuits (does anyone remember the neon matching windbreakers from the 90’s) so when they started to make a trendy reemergence this year I was ALL ABOUT IT! To say I’ve gone a little overboard with my sweats game is an understatement.  Truthfully, now that we are all sheltering at home in quarantine, matching sweatsuits are about the only thing that makes me feel a little more put together than my standard white v-neck tee and nike shorts.  There are so many cute sets out right now and fortunately, a lot of them are on sale! I am also loving the short sleeve sweatshirt sets and the ones that come with shorts since it is starting to get warmer outside.

Something I’ve noticed since both Rob and I are working from home is that I can hear every single thing that is going on in his office.  He is on conference calls a majority of the day and for noise control I’ve started turning on my white noise machines (usually just used at night) and the difference is amazing.  If you have a lot of noise going on in your house right now, I highly recommend getting a couple of these Dohm machines for day and night.  Also, I’ve recently ordered a few more pair of fuzzy house slippers because those are the only shoes I’ll be wearing for a while.