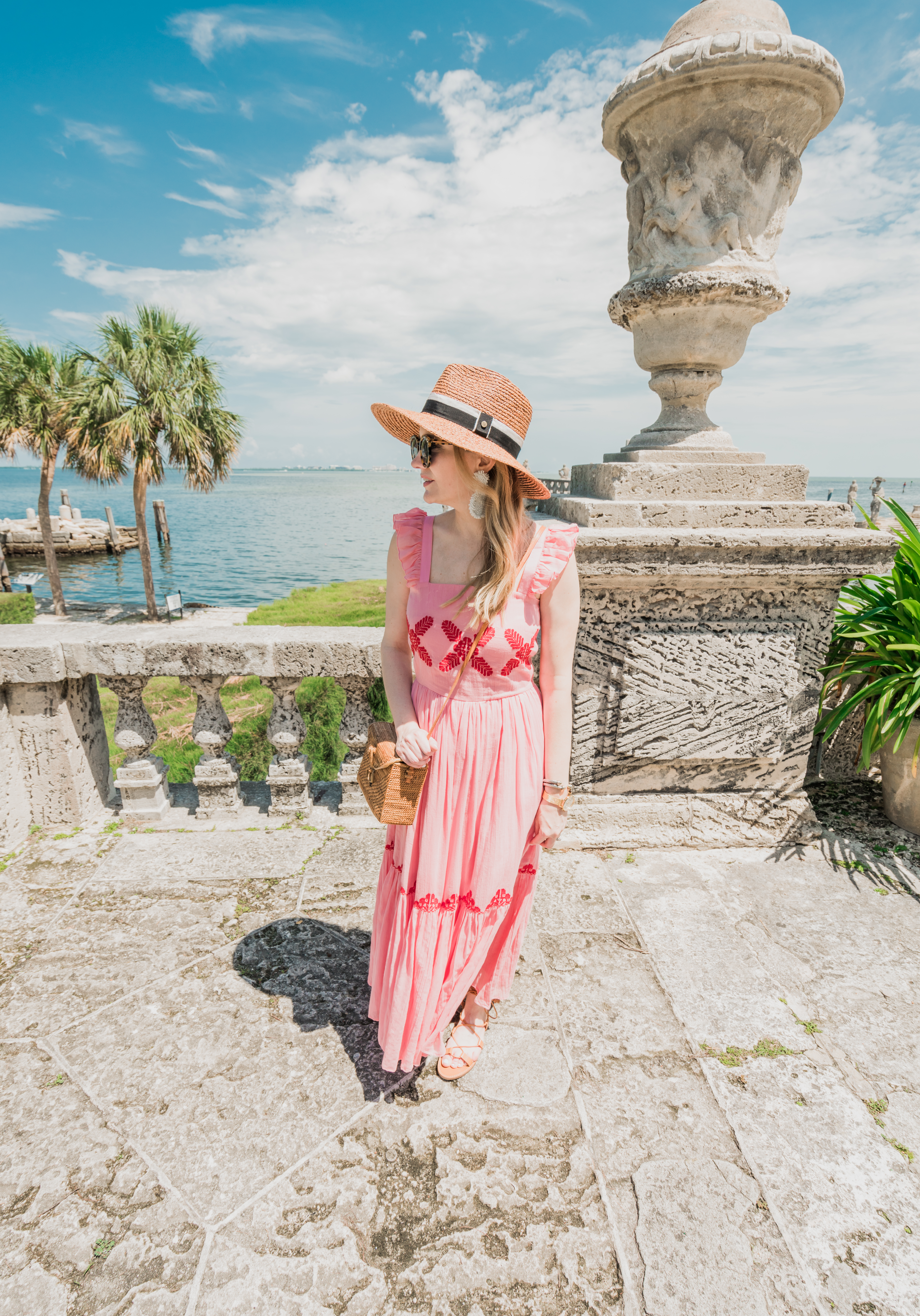 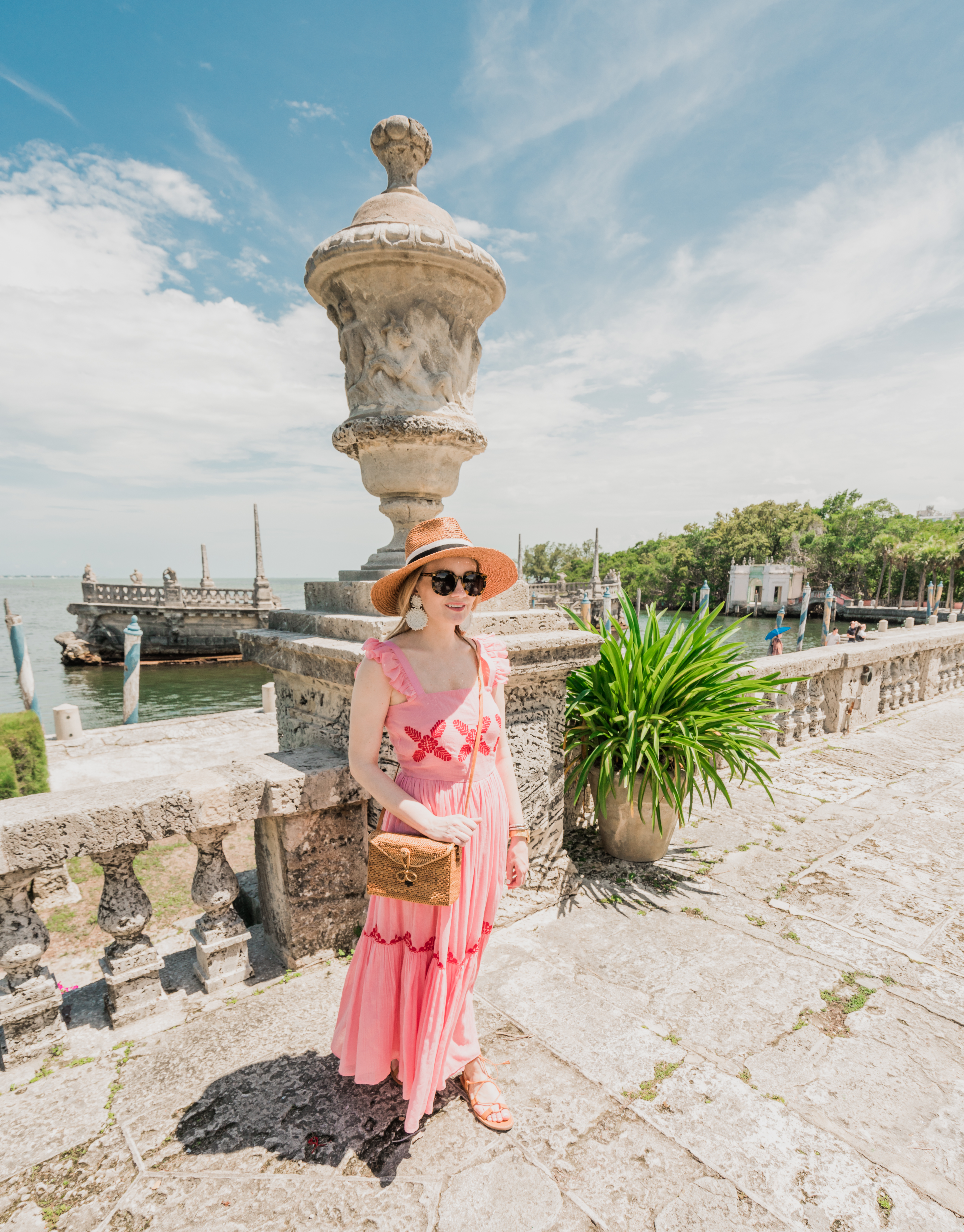 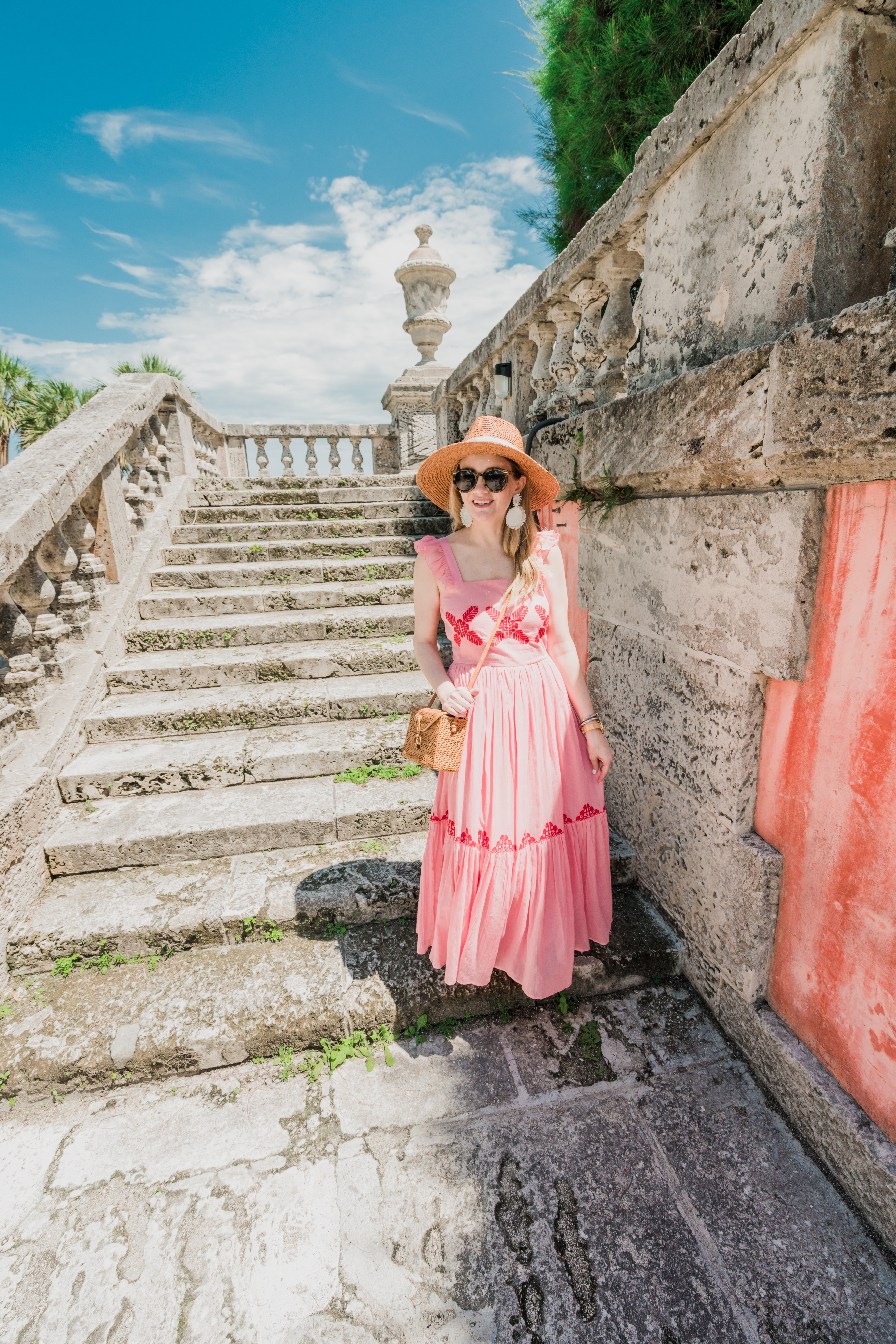 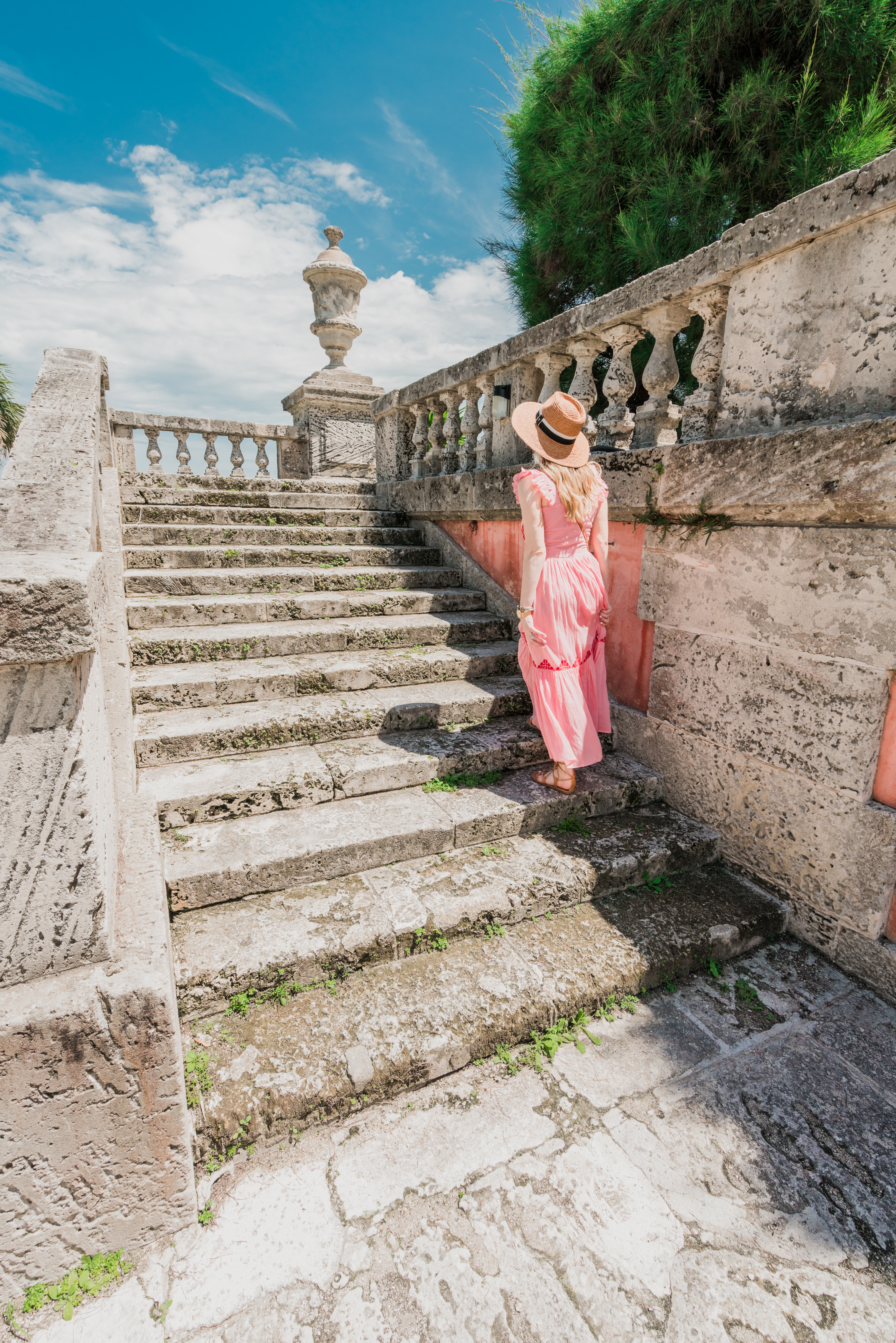 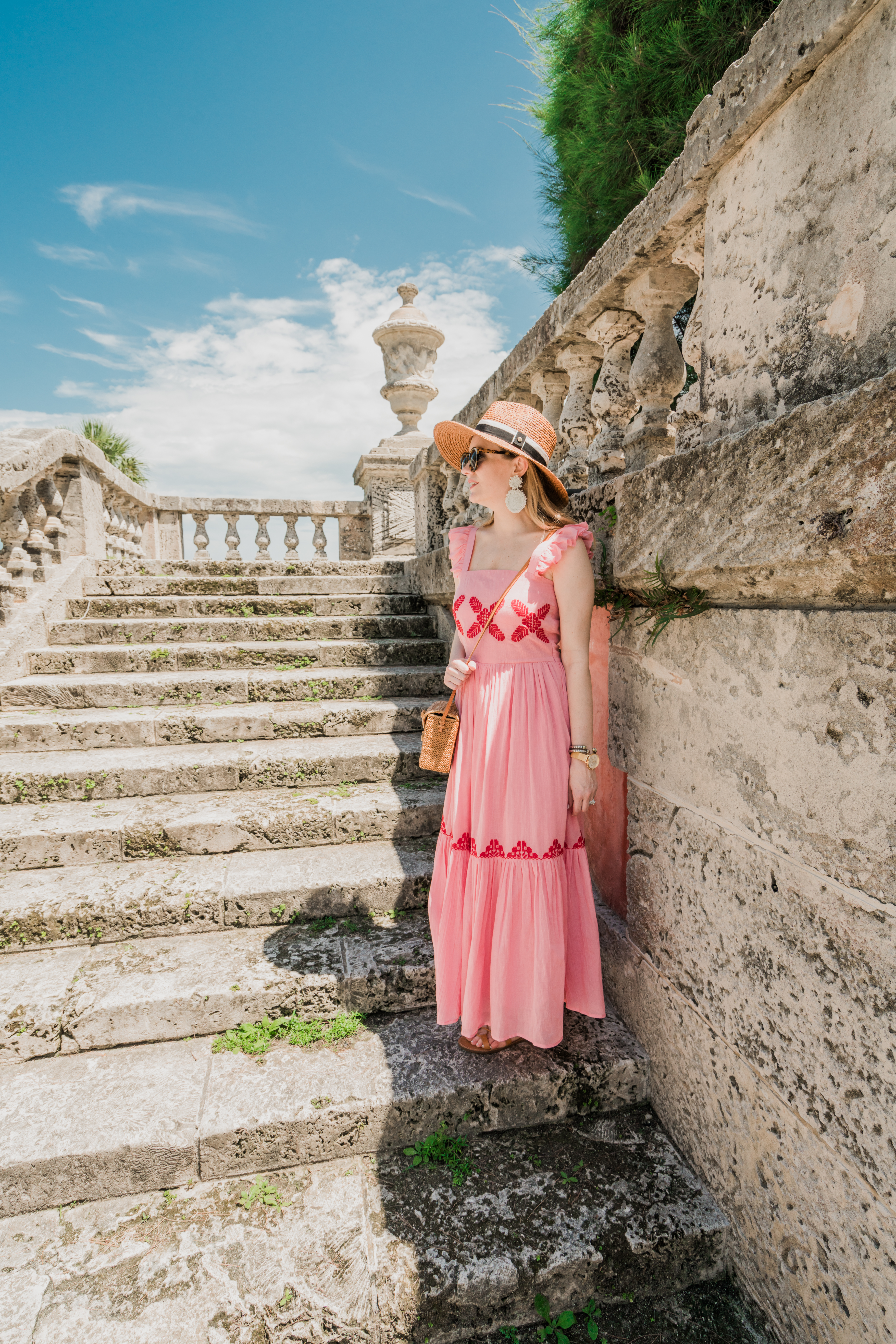 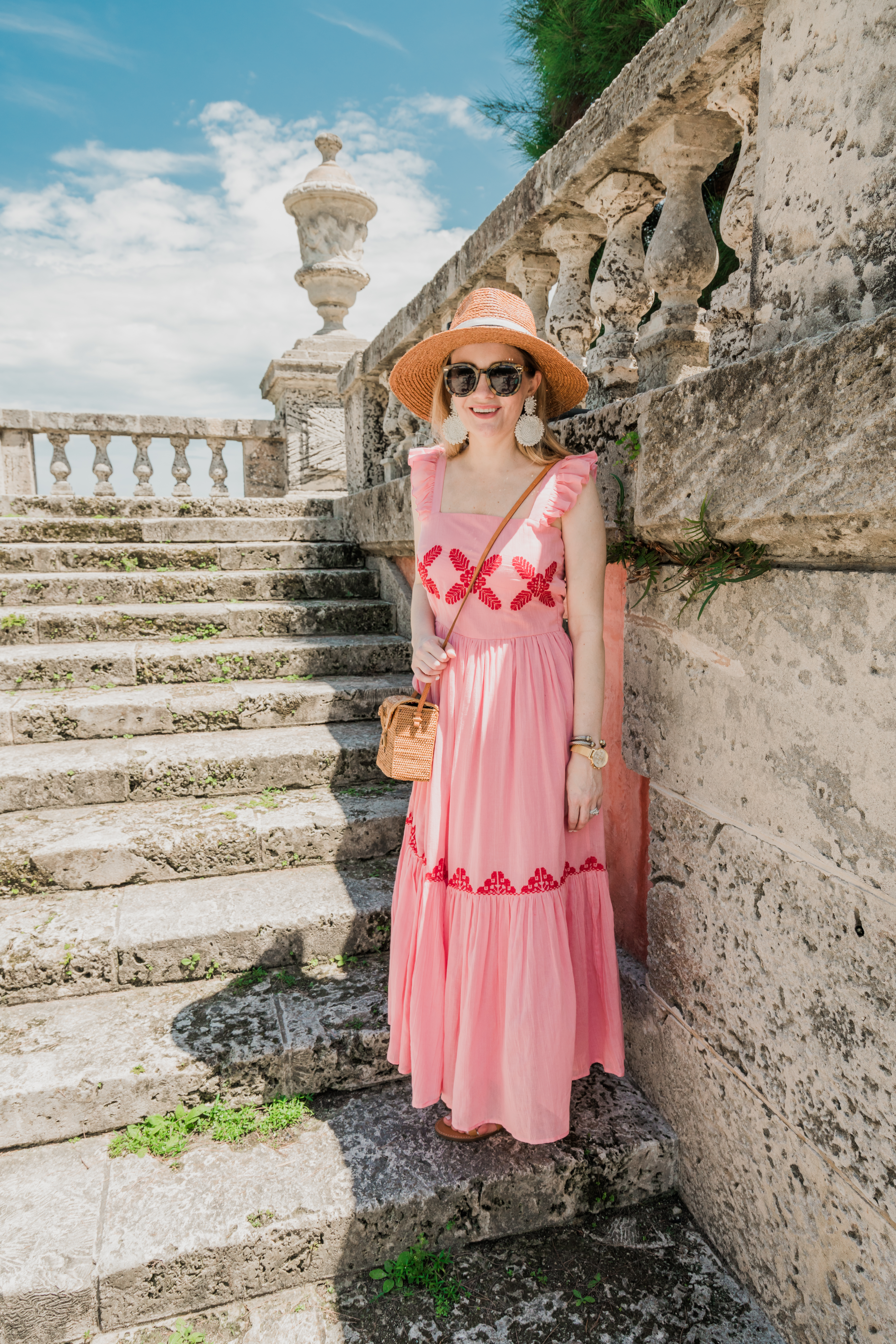 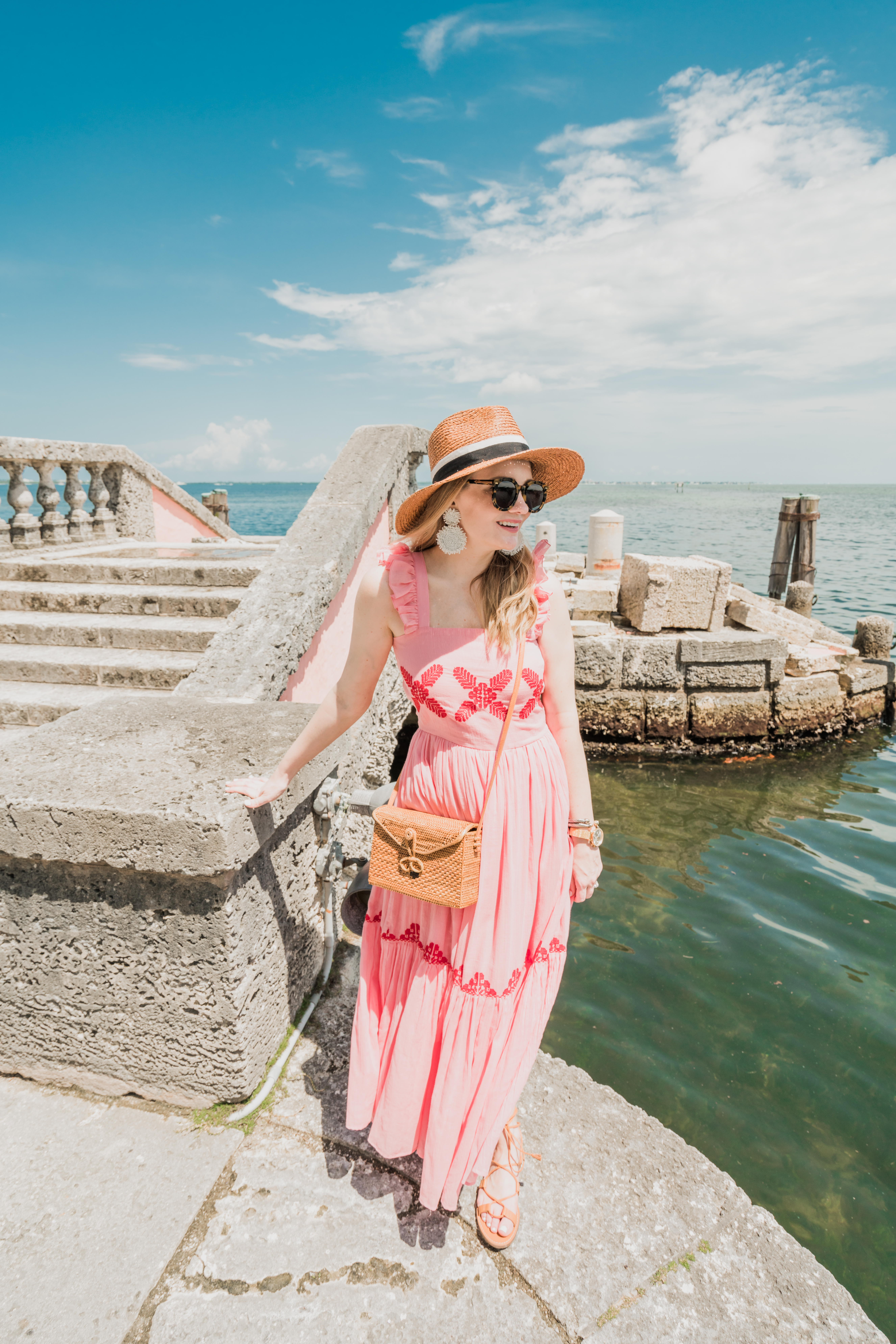 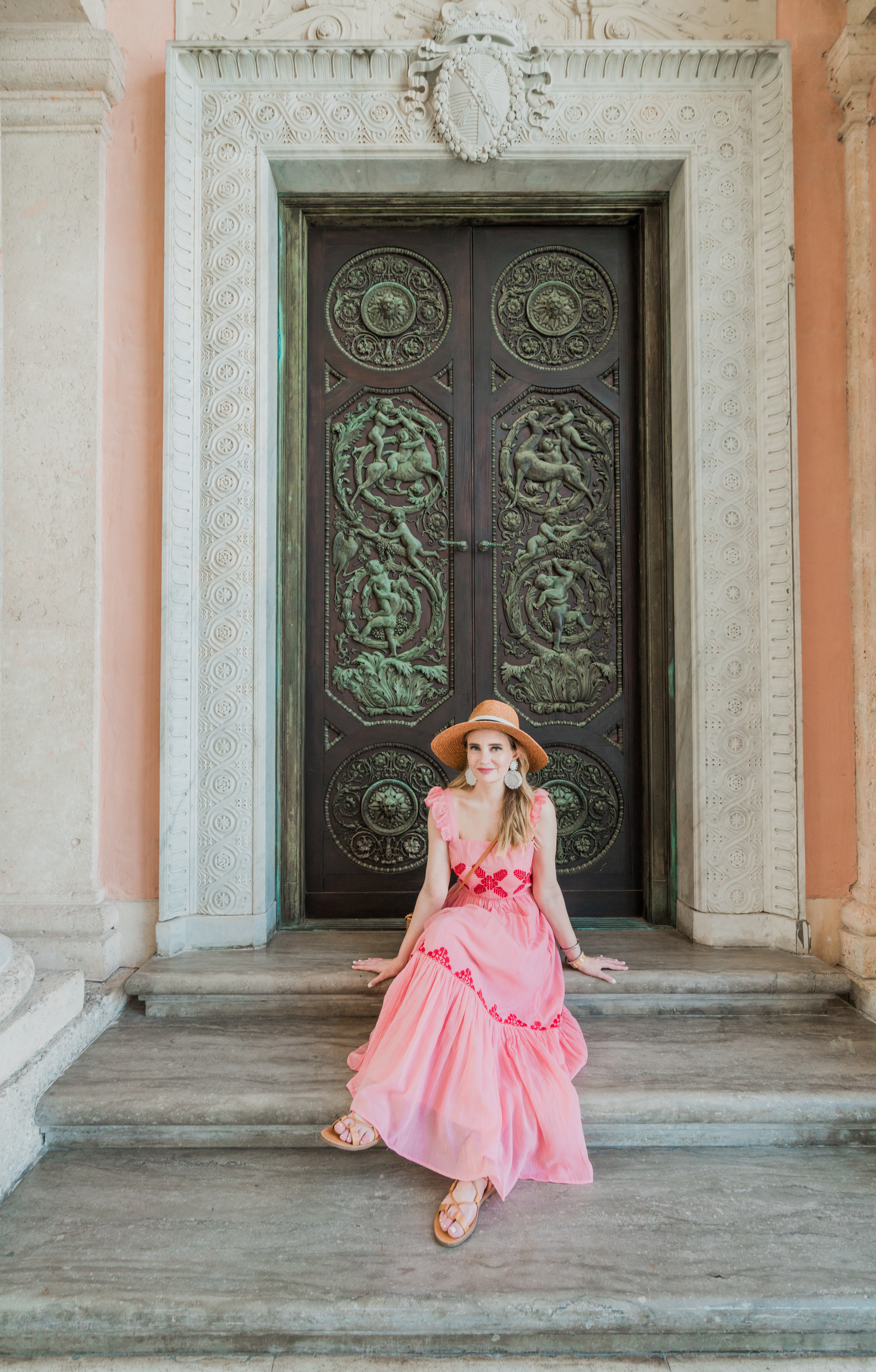 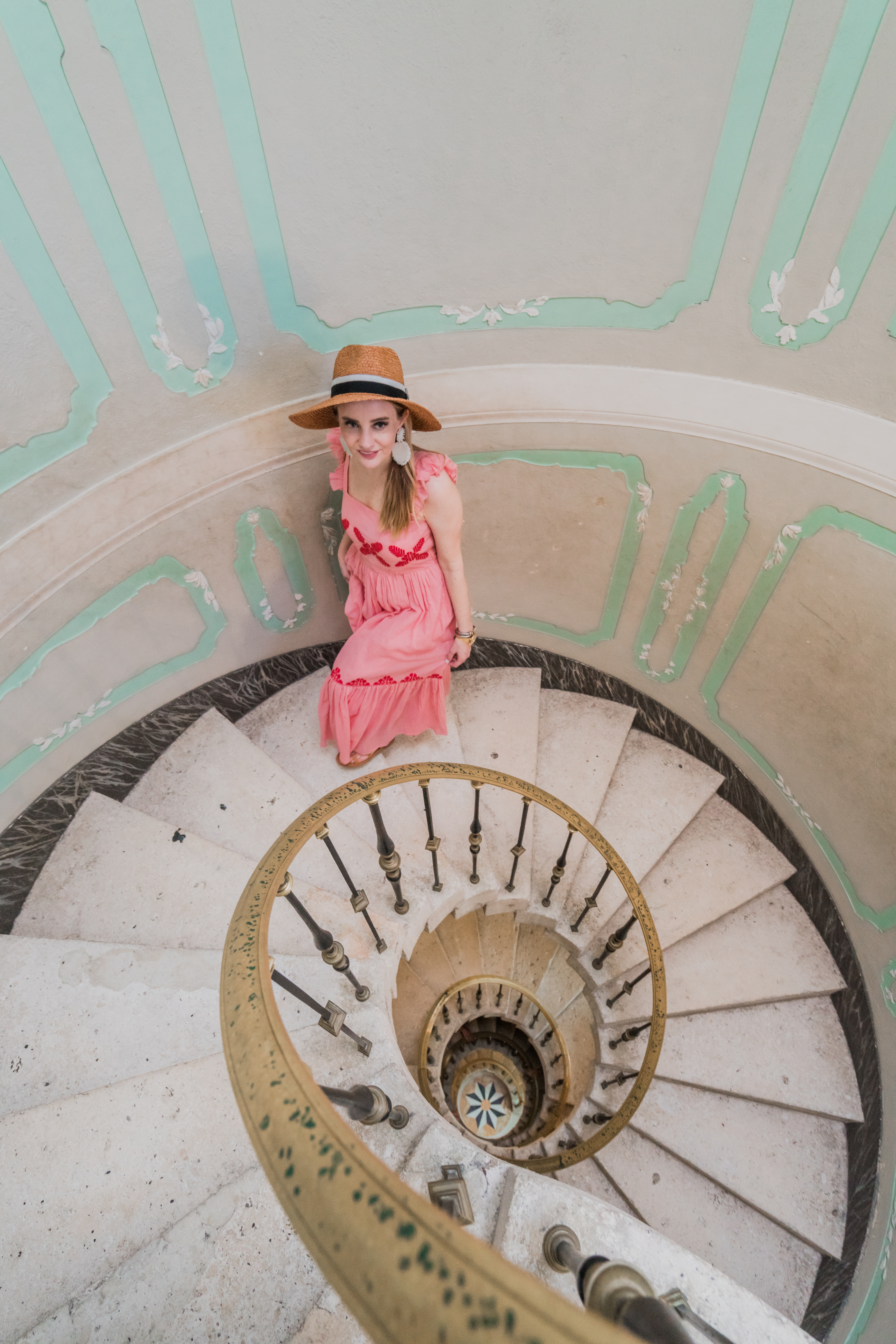 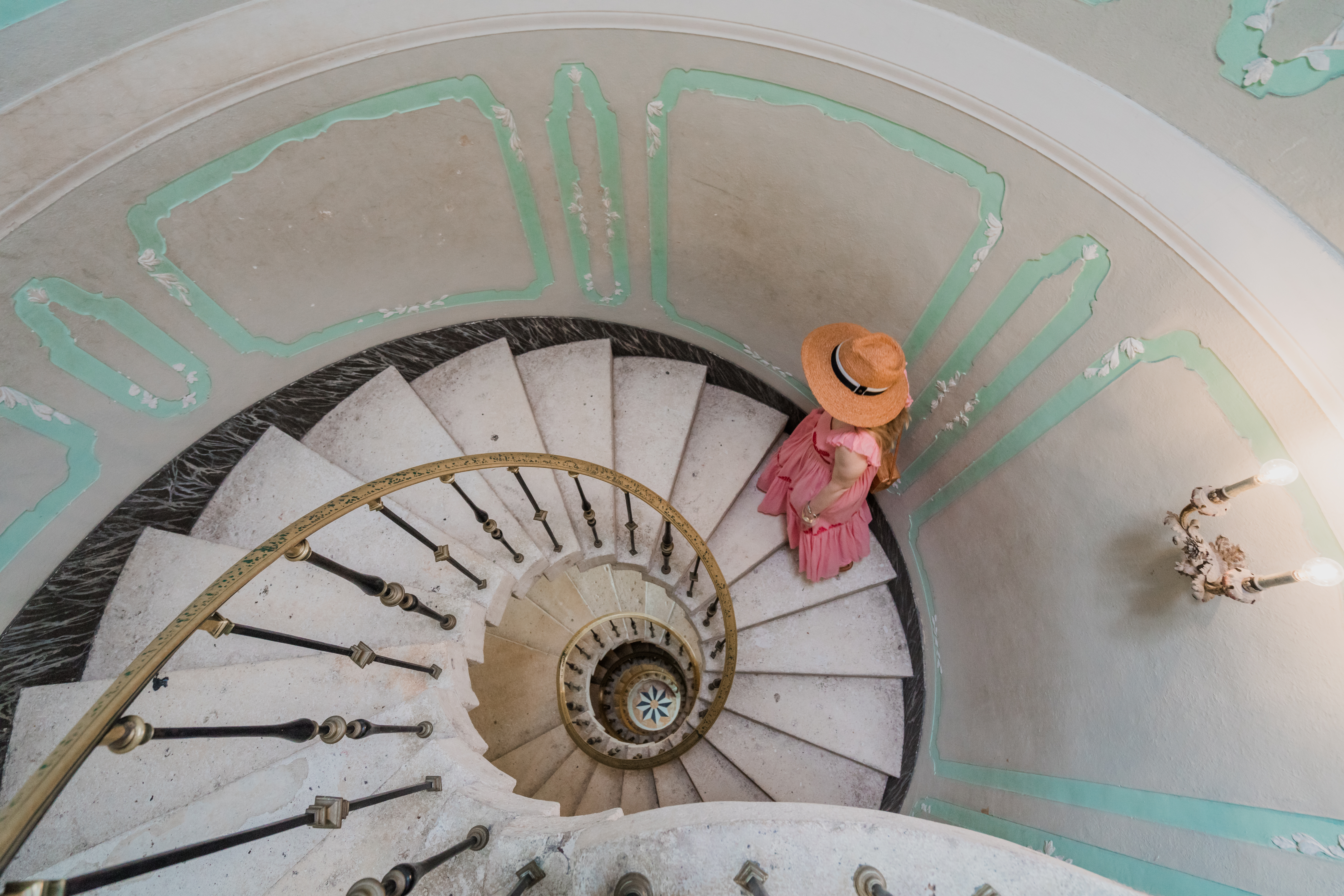 You all know that I am a big nerd when it comes to museums and tourist attractions when we travel.  I had been to Miami before, but not for anything more than getting on a cruise ship, so I was excited to see some interesting and fun sights when we were there.  During my research I came across Vizcaya Mansion and Gardens and immediately knew that I’d be all up in that. The early 20th century Vizcaya estate also includes extensive Italian Renaissance gardens (they reminded me of the gardens at Versailles) that we could have spent hours exploring.

It was so hot and sunny in Miami and you all know that I am not about that life, so I made sure to wear a sun hat at all times during our trip.  I have tried out a lot of hats this season since they are currently my favorite accessory, and I can’t say enough good things about this Walrus Straw Hat from Fashionable Hats (currently on sale).  I wore it multiple times during our trip and it was so well-made and sturdy compared to some other (more expensive) hats that I brought along.

Hope you all have a great Monday!