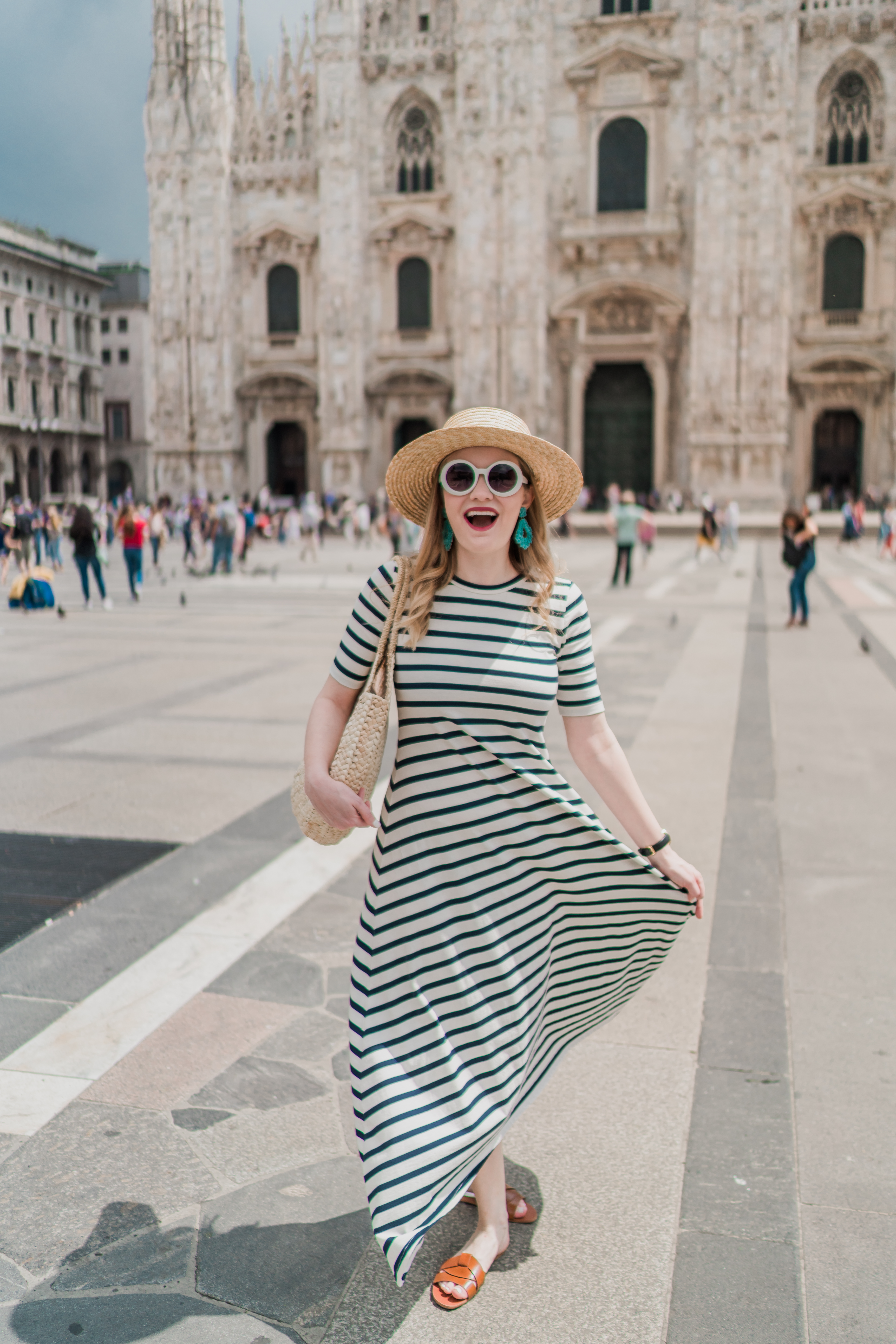 ZOMGGGG- this is me telling you how excited I am to finally get up this Milan City Guide for you all! We only had about 48 hours in Milan, so we tried to hit the hotspots in as little time as possible.  Milan happened to be at the end of our two week trip and by then we were utterly exhausted, so it was hard to muster up energy to do anything really.  We rallied though and tried to sightsee as much as we could in our short day and a half there.

Let’s get started with places you MUST SEE in Milan: Number one hands down is the Duomo Cathedral.  The Duomo is kind of what Milan is known for as far as sightseeing goes and we were so excited to take a tour and see the cathedral both from the inside AND the outside by scaling the rooftops.  My solid advice for you with the Duomo is BUY THE SKIP THE LINE TICKETS! We walked past the regular line and it was absolutely insane.  I purchased our skip the line tickets the evening before we went and had our hotel print them out.  We were able to go to a special side of the cathedral and walk right in and go straight up to the terraces.  The inside of the cathedral was beautiful, but what really got me was being able to walk the terraces and see the architecture of the arches. 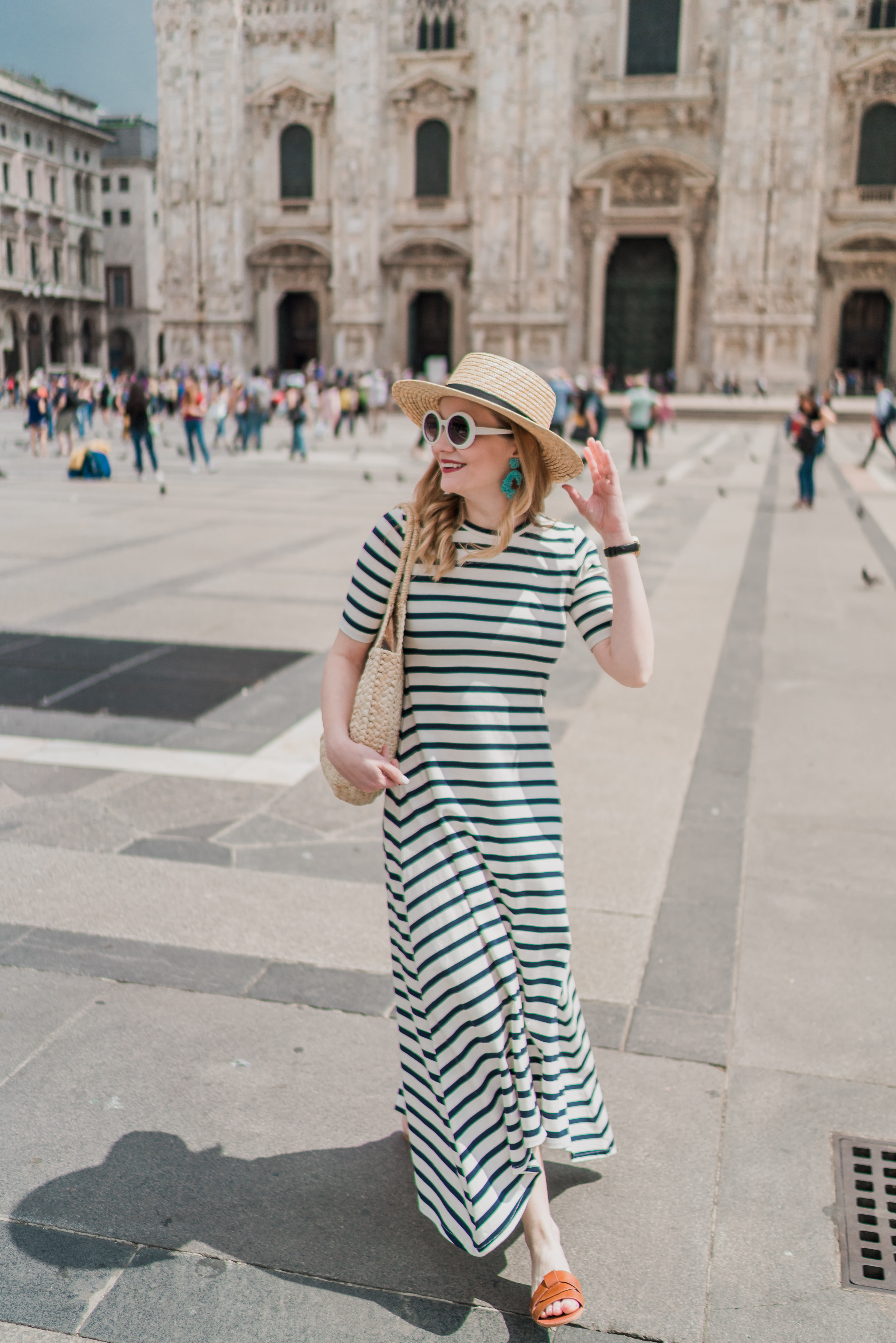 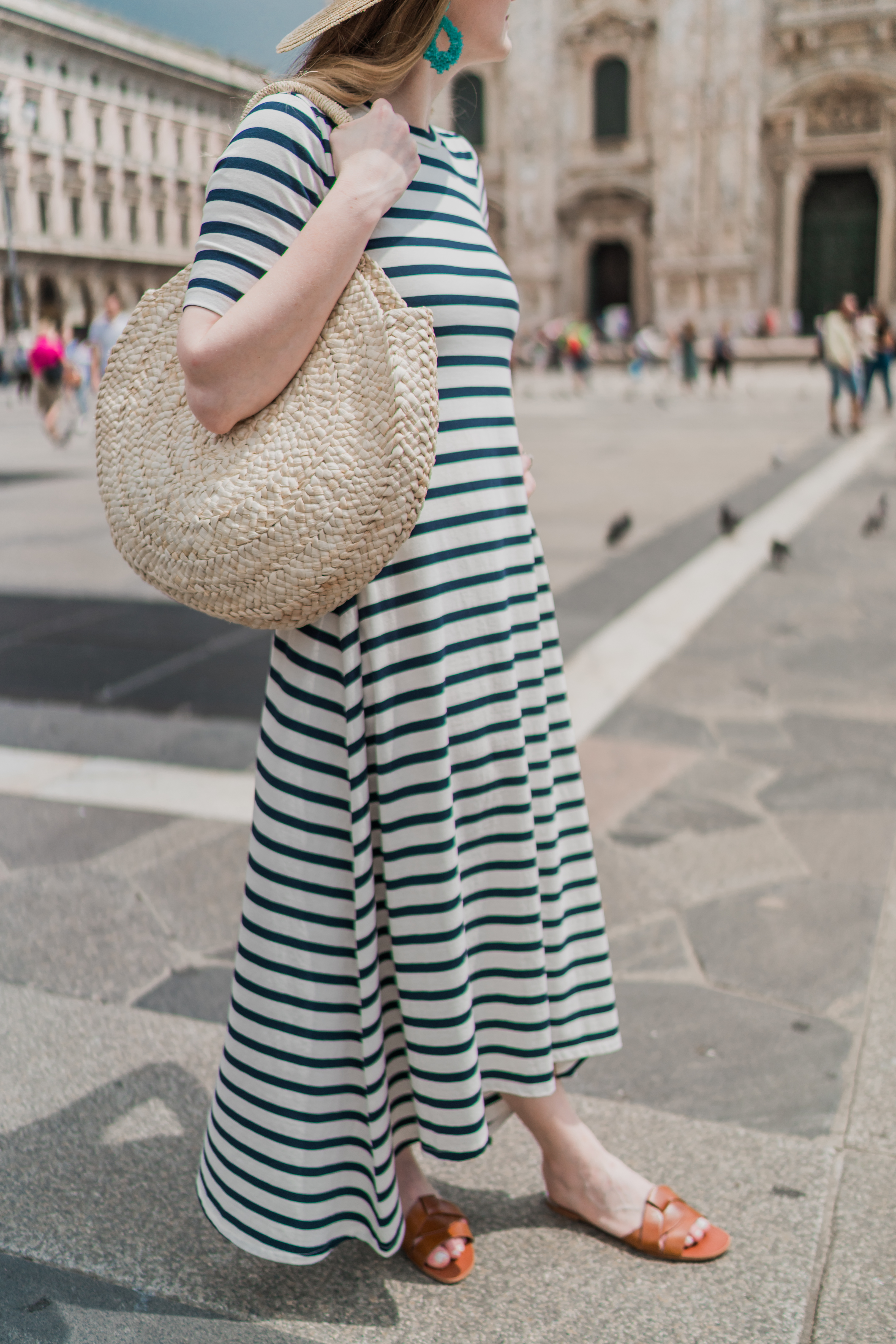 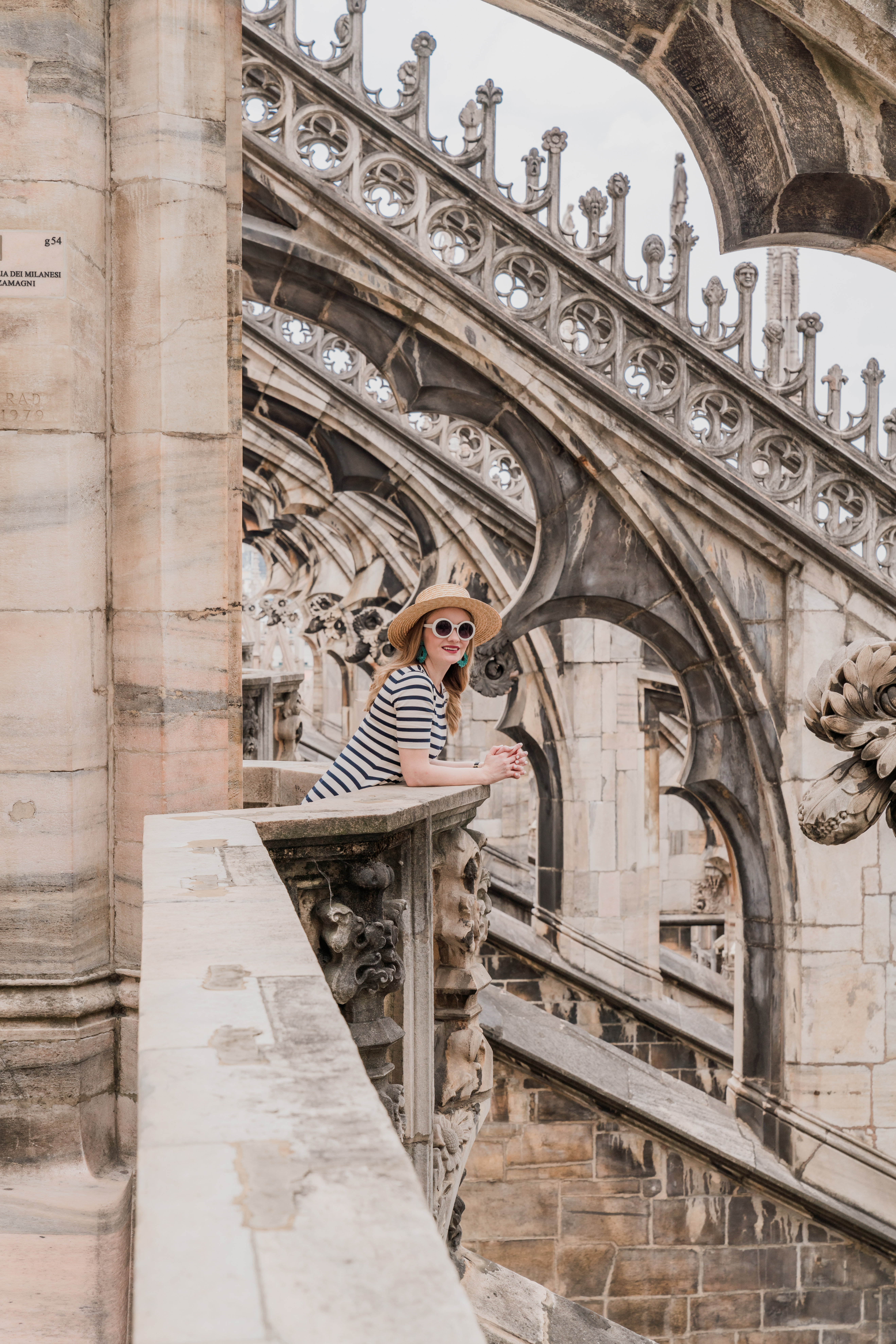 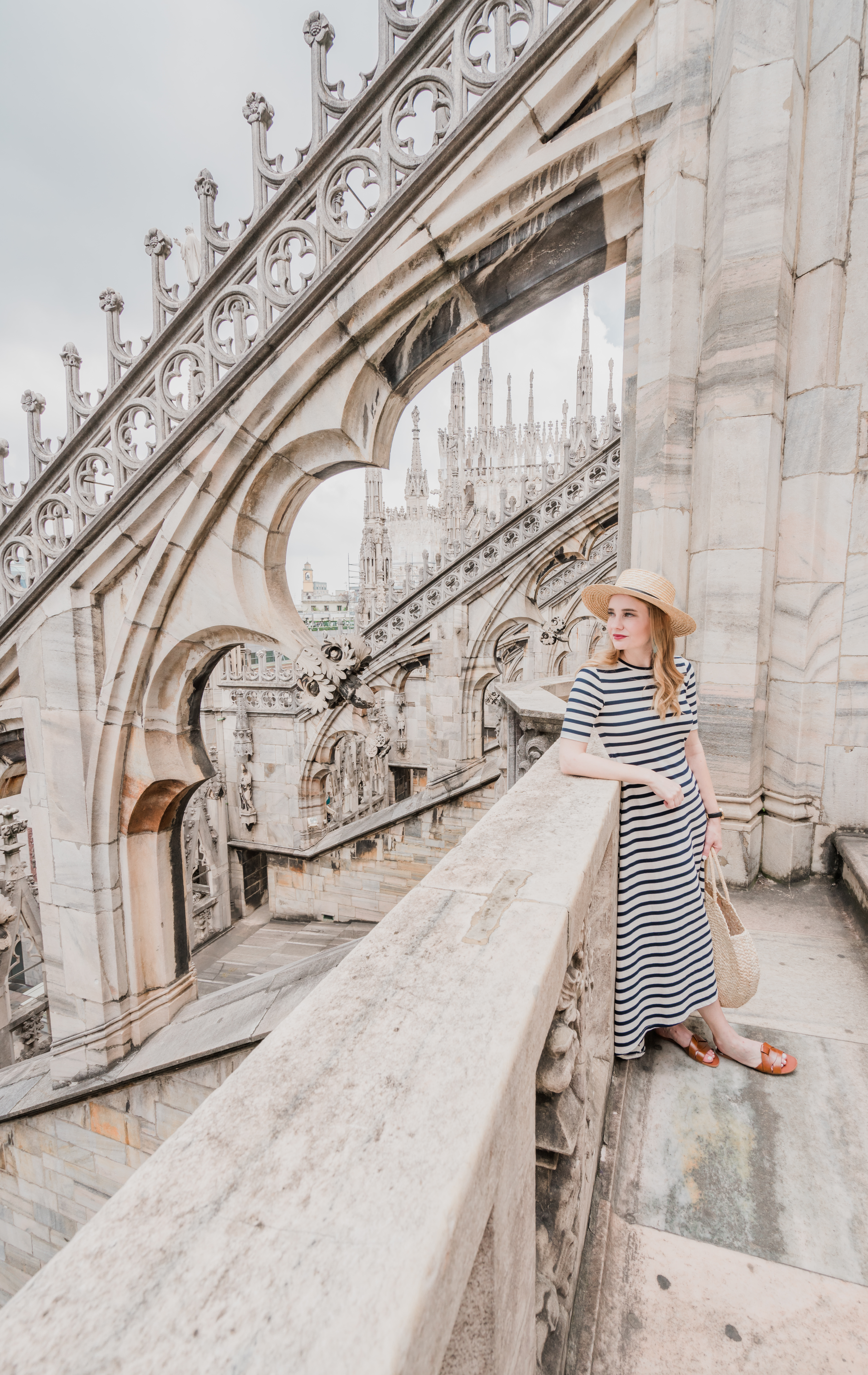 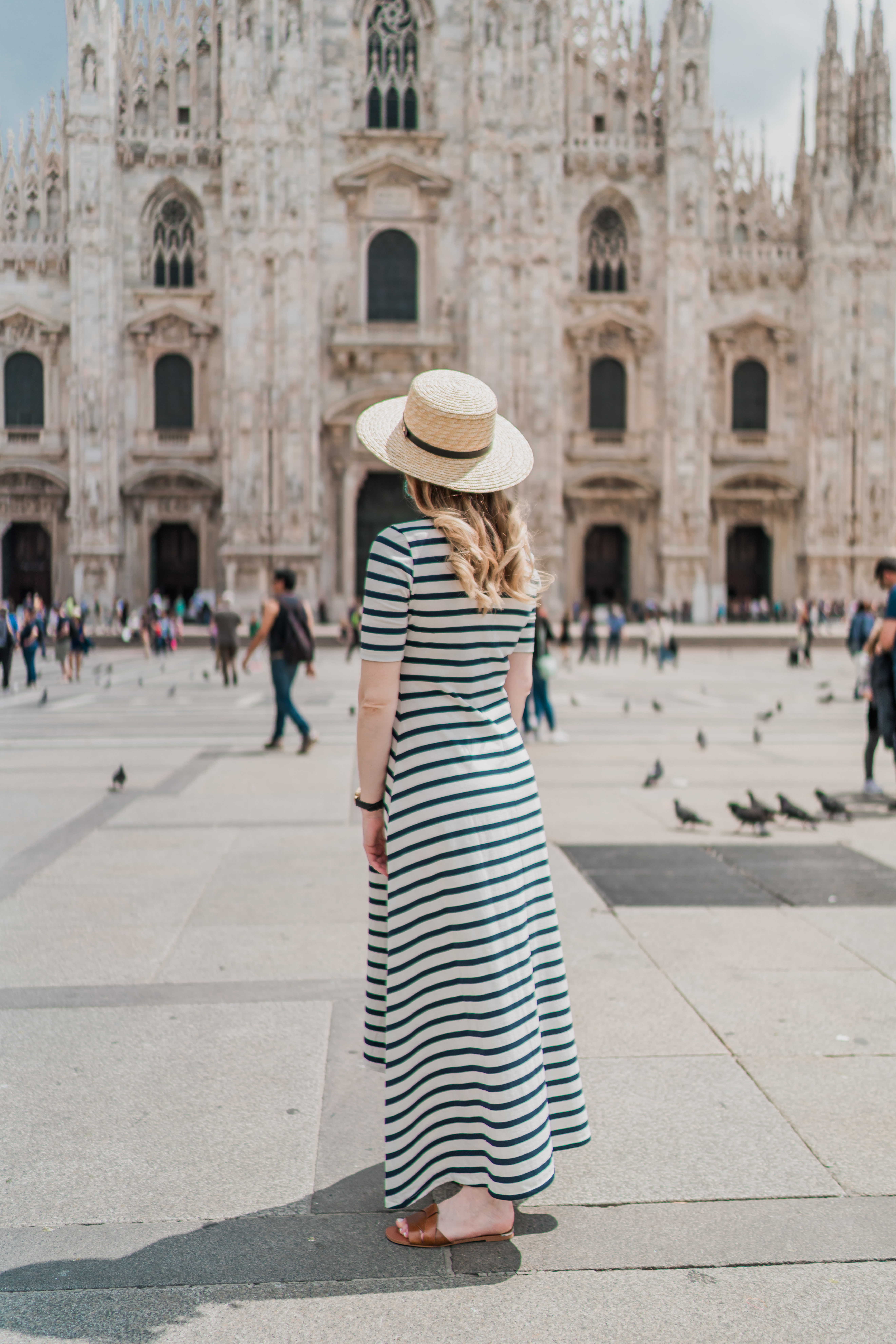 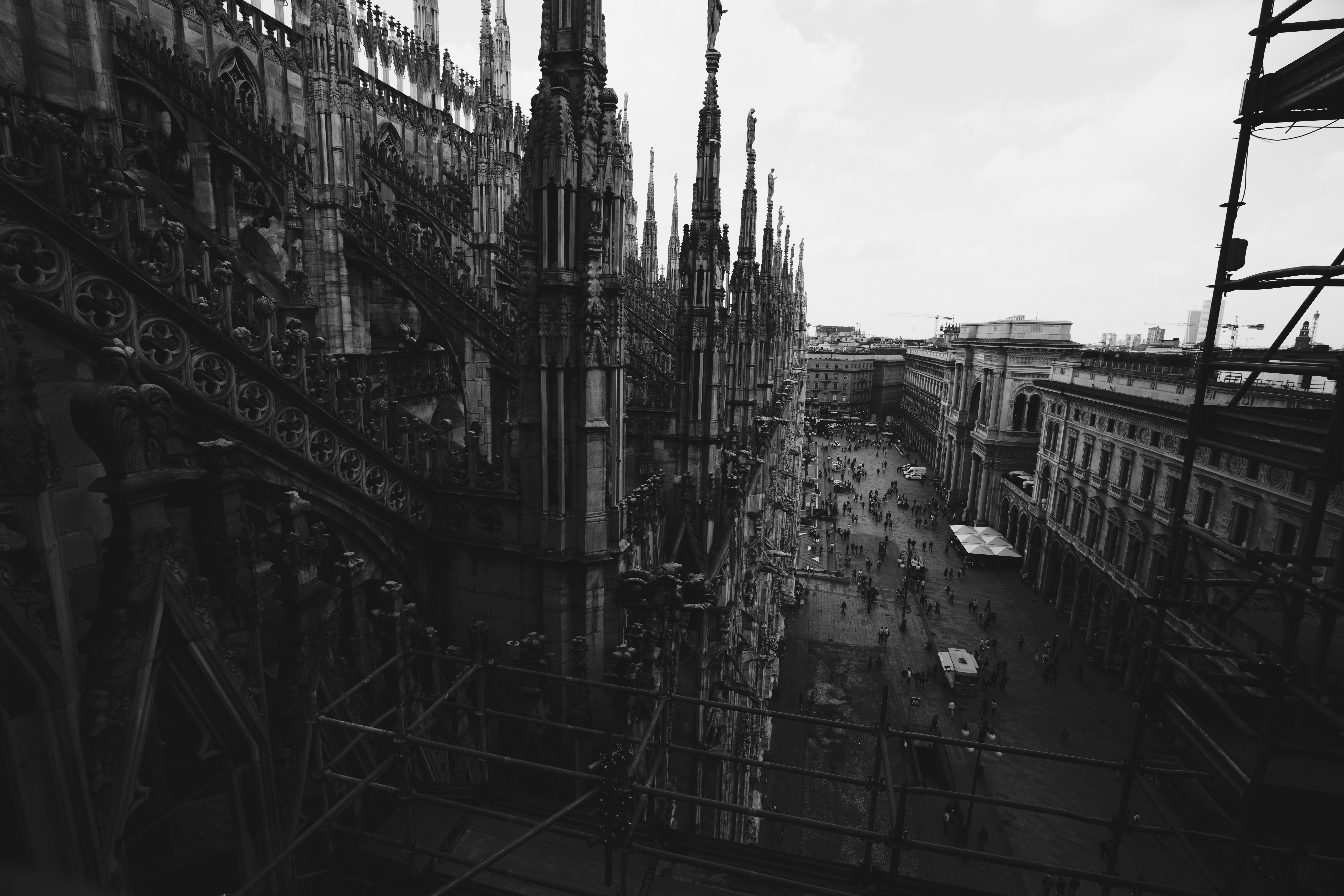 Y’all know that I do a lot of hotel collaborations and while I truly enjoy getting to work with hotels and showcase ones that I love, but sometimes it’s nice to just stay at a hotel you booked yourself with no obligations to post anything or take any certain pictures.  Milan was truly an afterthought with all of my EuroTrip planning because we were only going to be there for such a short period of time, I figured we would just stay at the airport or something.  However, when I realized that the Milan airport is a solid hour away from Milan City I quickly decided that would be a no go since we wanted to get some pictures around Milan.  I did my standard google search and one hotel in particular stood out to me, and that was the Ai Suma Hotel in Milan.  The price was right and the rooms looked adorable, plus it seemed like a quaint little boutique hotel, so we went for it and booked the hotel for two nights.  If you ever find yourself in Milan needing a hotel, check into the Ai Suma Hotel.  It was hidden in a courtyard (in the pics below) that made it seem like you were in a little village and not right in the middle of the city.  The staff was so attentive and they had a killer free breakfast every morning.  They even had a lemon tree outside in their courtyard! 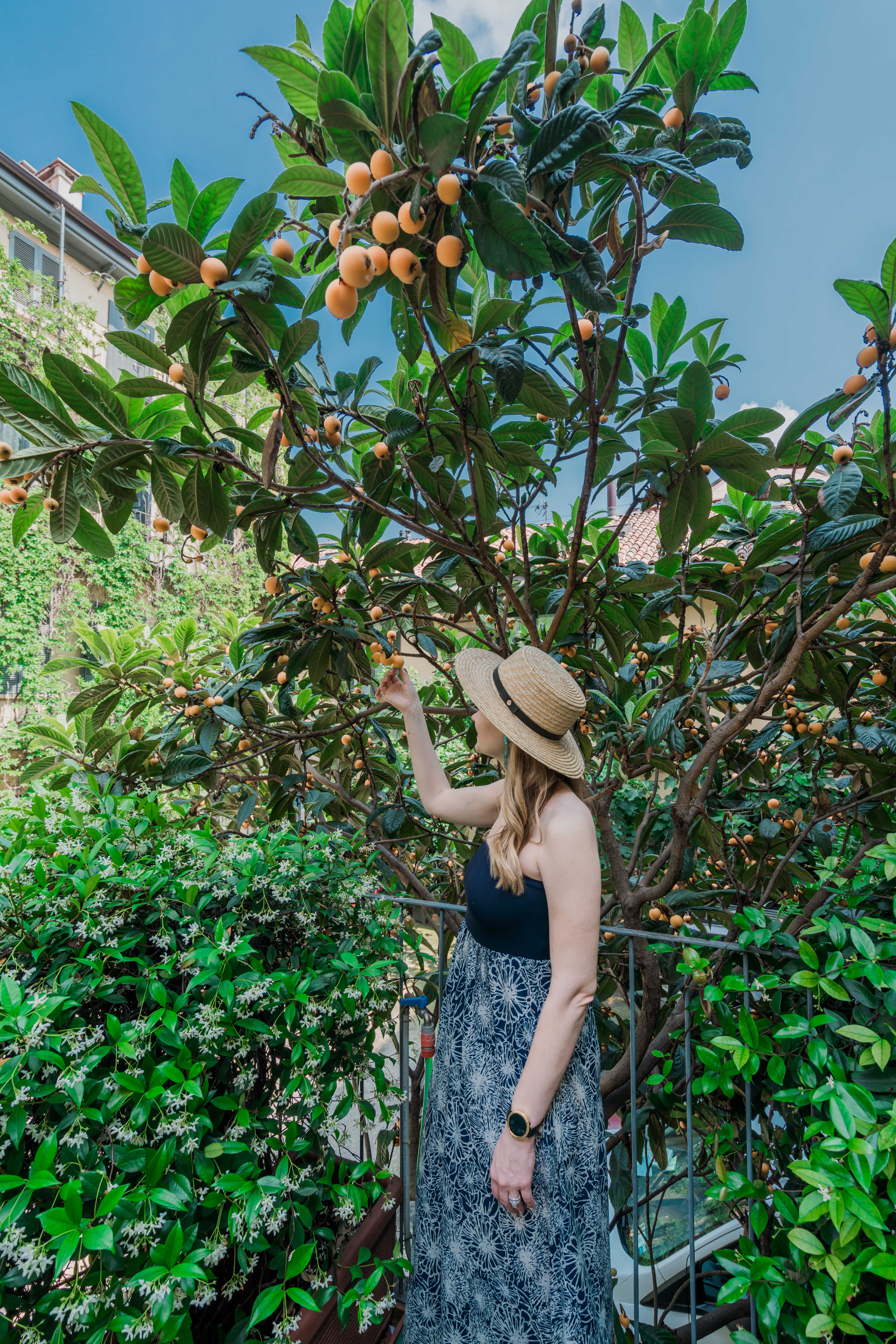 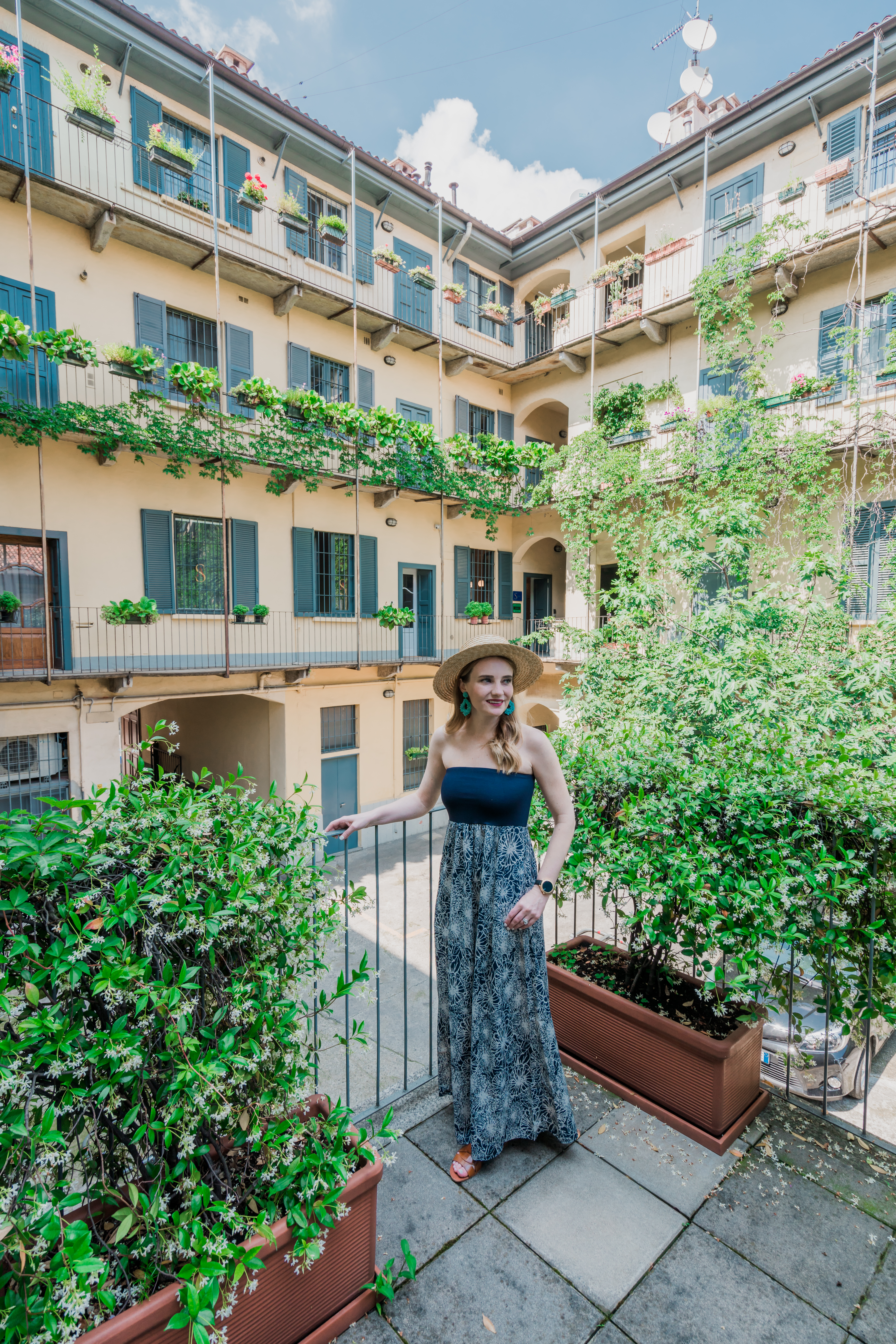 Girl, let me tell you.  Some places we ate in Milan were fabulous and had wonderful customer service and others, well, let’s just say it was bad lol.  I think all of Europe operates on a system very different than the ones we’re used to in America.  We want our food fast and our bill brought over fast and the Europeans just aren’t about that life.  This drove Rob crazy the entire trip, but particularly so in Milan where it seemed they took even more time to get our food to us or get our check ready.  I was fine with it because I knew what to expect and didn’t really let it get to me, but it tore Ronnie up.  Anyways, we did have ONE great meal when we were in Milan and that was at an authentic Italian Restaurant called Rosy E Gabriele Ristorante and it was THE BOMB.  The best pasta that we’d had our entire trip and their garlic bread was to-die-for.  Lawd, take me back just for the bread! 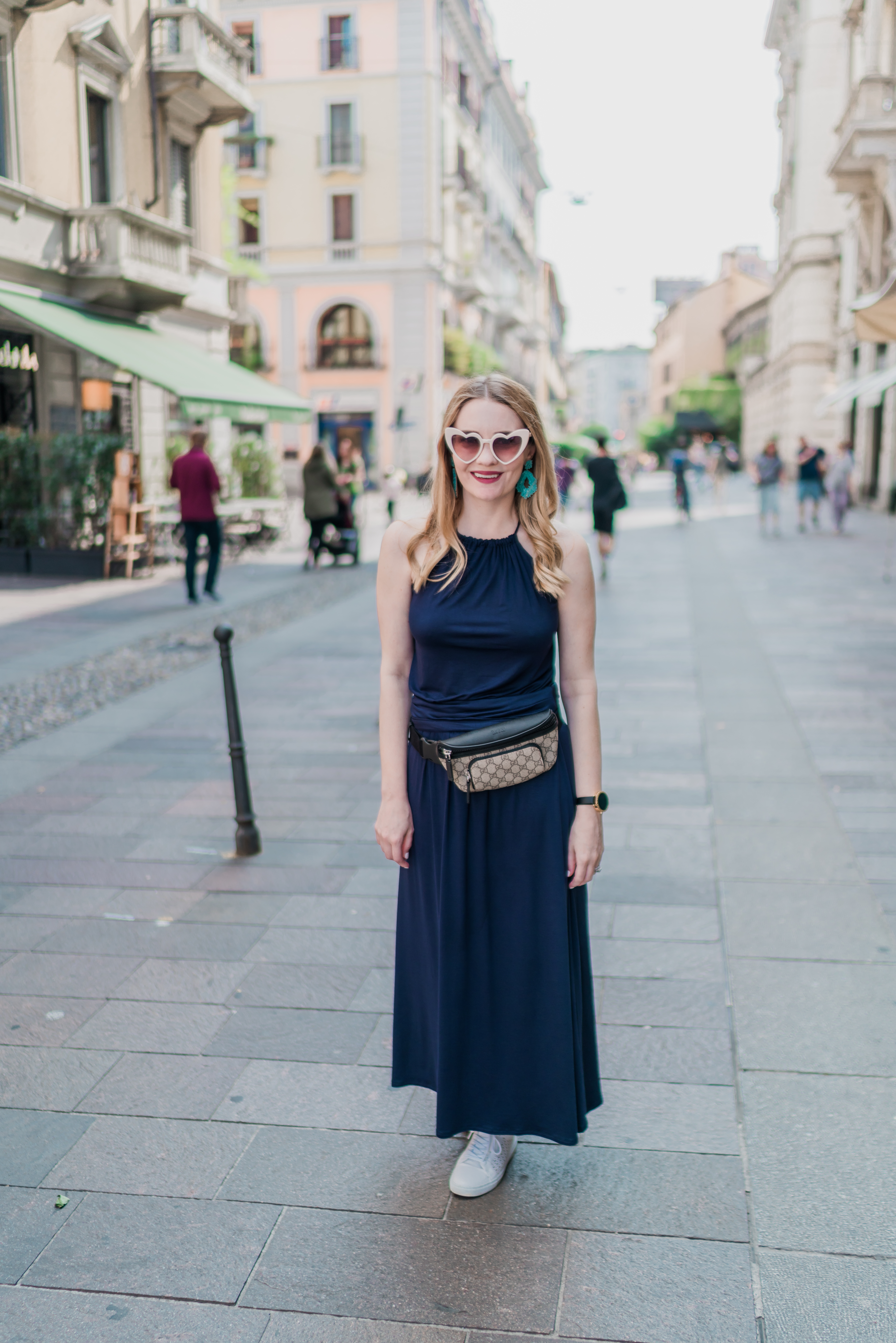 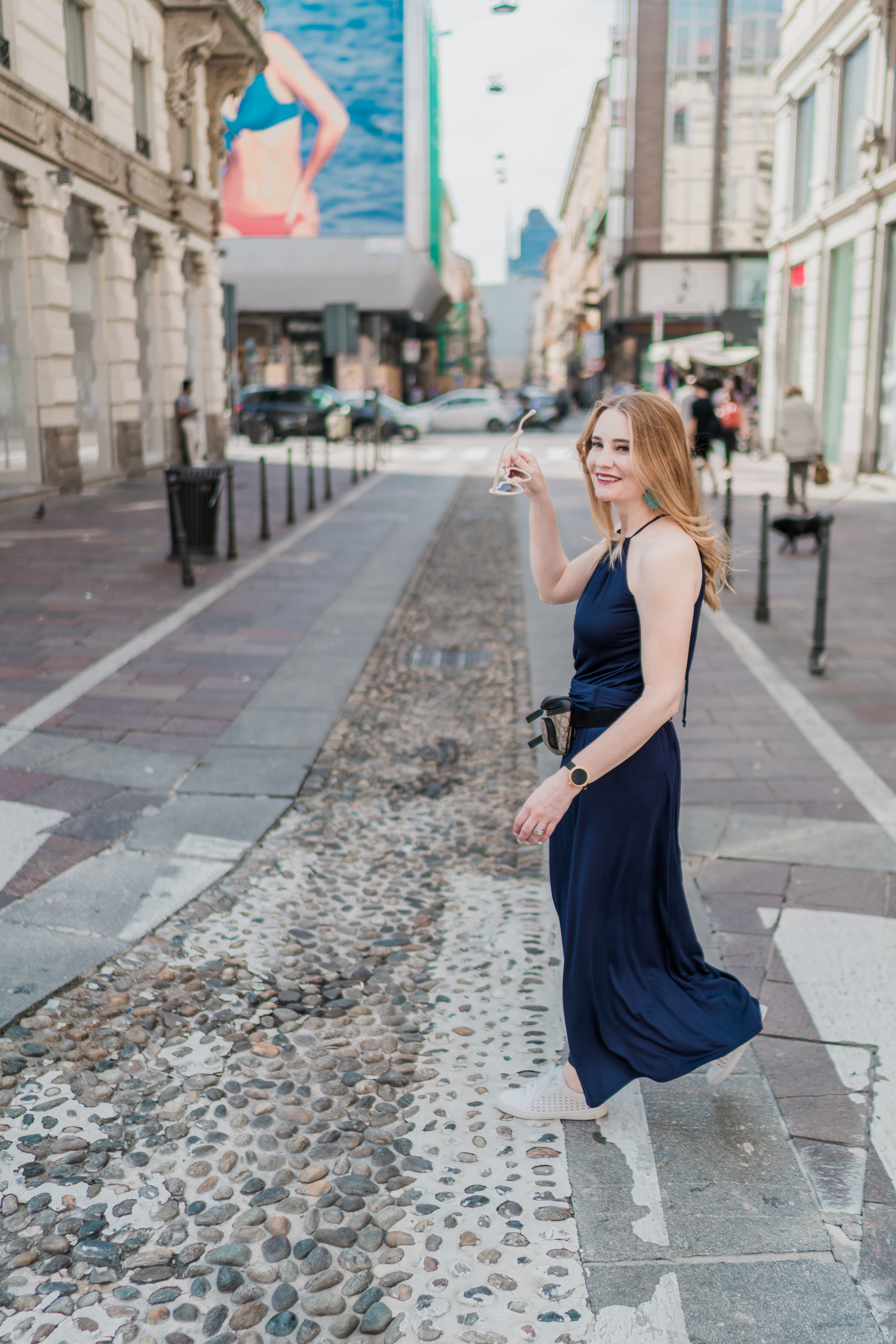 Overall, I really liked Milan and would loved to have more time there to explore a bit more.  I also really wanted to make it to Lake Como, but we just didn’t have time.