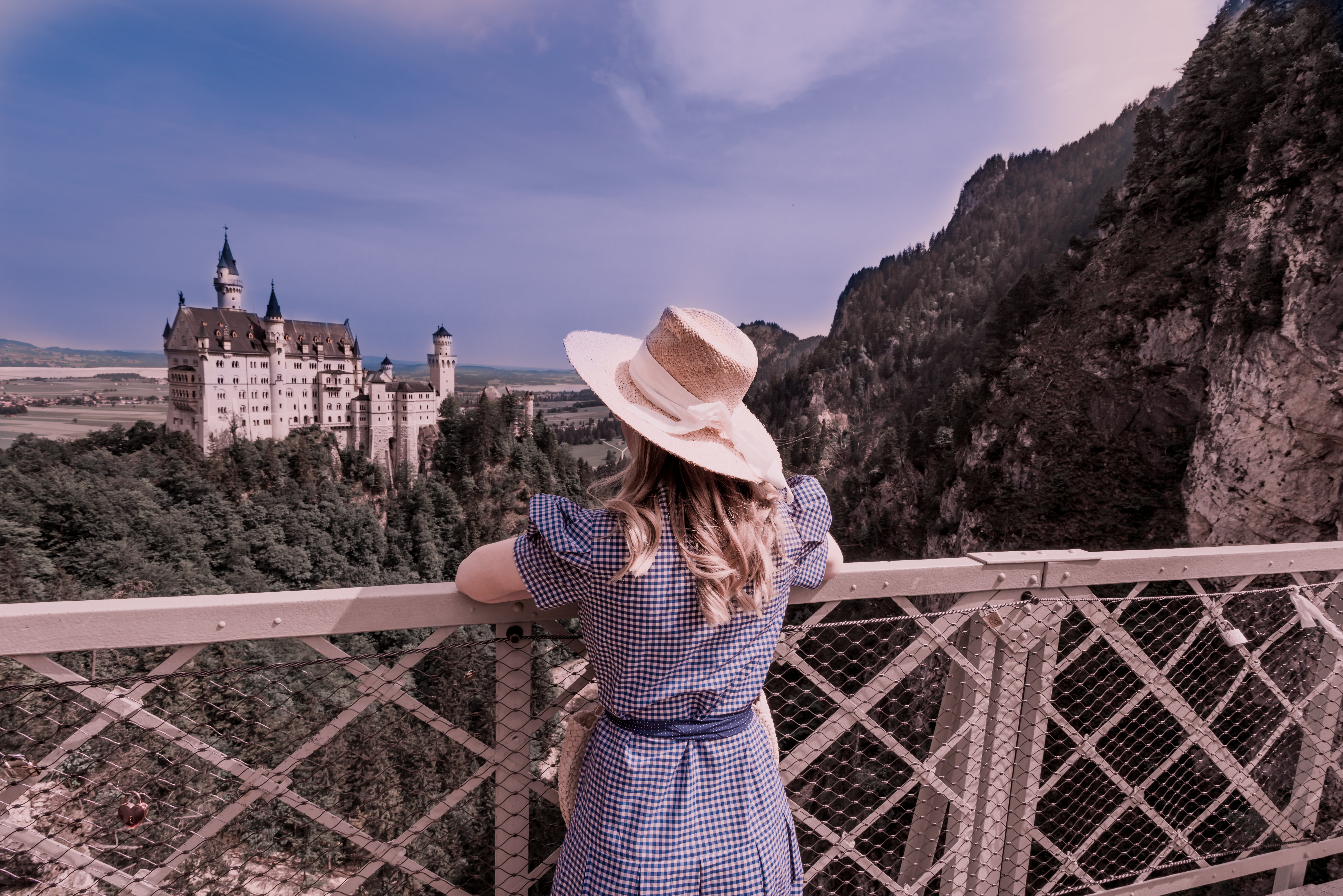 One of our favorite adventures that we took while we were in Europe was the day trip to Neuschiewenstein Castle, Oberammergau, and Linderhof Palace from Munich.  This trip took us through the German Alps to see the famous Neuschiewenstein Castle of Bavarian King Ludwig II.  This castle is said to have been inspiration for the Disney Castle as crowds of thousands flock there every day to get a picture of the castle in the mountains. 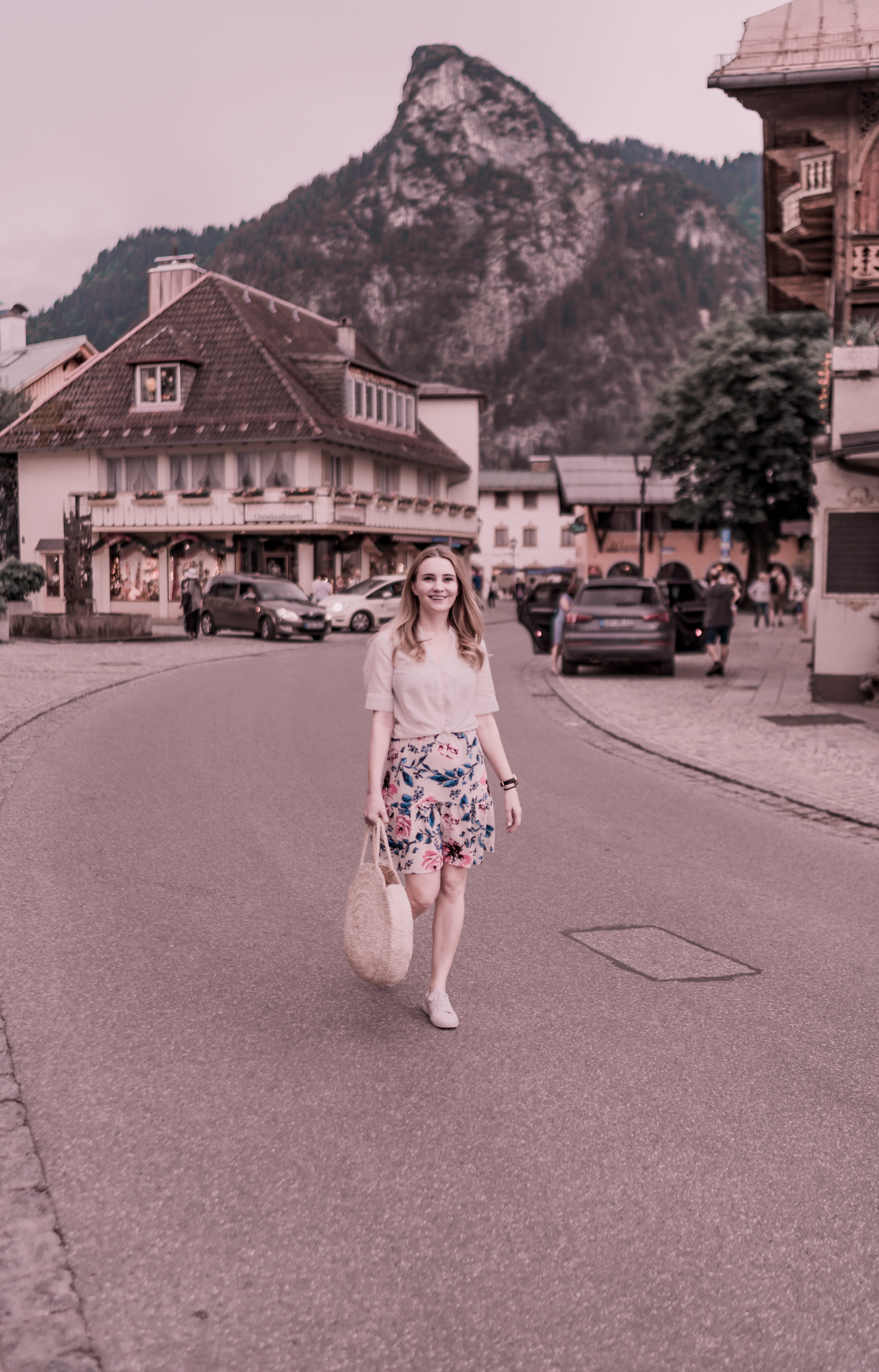 I debated on if we were going to drive there ourselves or take a group tour with a tourbus and ultimately I decided on the later.  I love going on our own adventures, but sometimes the logistics can get confusing and it’s just so much easier and stress-free to let someone else handle the details.  I booked our tour through Gray Line Tours and funny enough, I accidentally booked the premium tour in the pimped out luxury bus with only 20 seats.  At the end of the day it was the exact same tour as the other regular buses, but it was nice to have some space to sprawl out and we got unlimited snacks, drinks, and they even had an espresso machine on board!

We started our day by departing Munich around 8:30am from the main train station area.  We got on the bus and from there it was about an hour and a half drive to get to the castle.  It really wasn’t a bad drive at all, but once you get to the actual castle the parking seemed tricky and I was glad we were on a tour where they already knew what to do and where to park.  The castle itself is in a little town with lots of shops and restaurants, so we were told what time our tour of the castle started and were given some free time to sightsee and get up to the castle (which was a 15 minute walk).  We took this time to get some pictures at Mary’s Bridge, which is the best vantage point of the castle and a short 10 minute hike up a paved walkway.  The bridge was absolutely packed which made getting a picture a little difficult.  There must have been at least 50 people on the small bridge with no one checking to make sure it wasn’t too crowded, which seemed like a safety hazard to me.  This picture is deceiving: there were huge crowds of people that I asked to move so I could get a good picture … you gotta do what you gotta do. 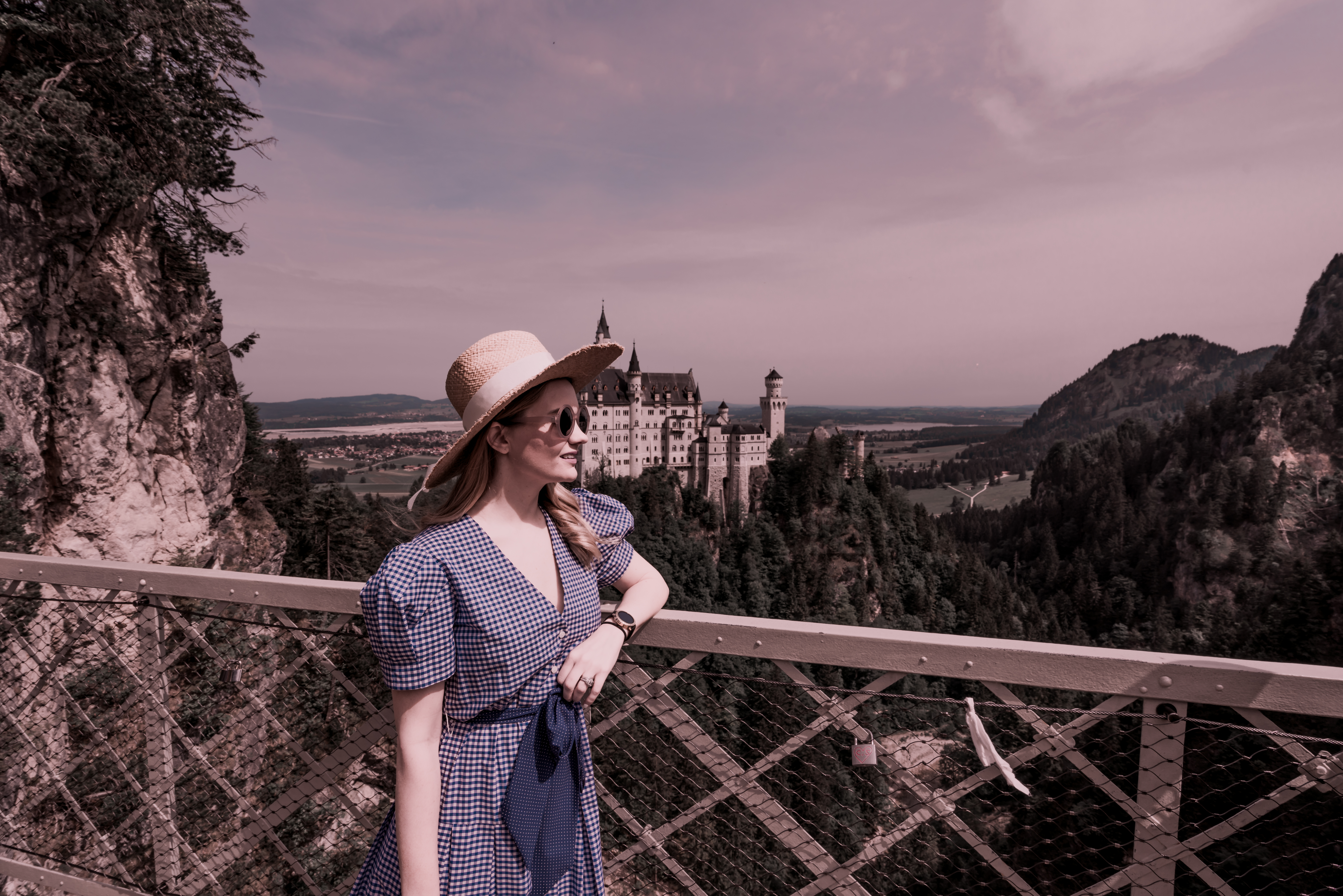 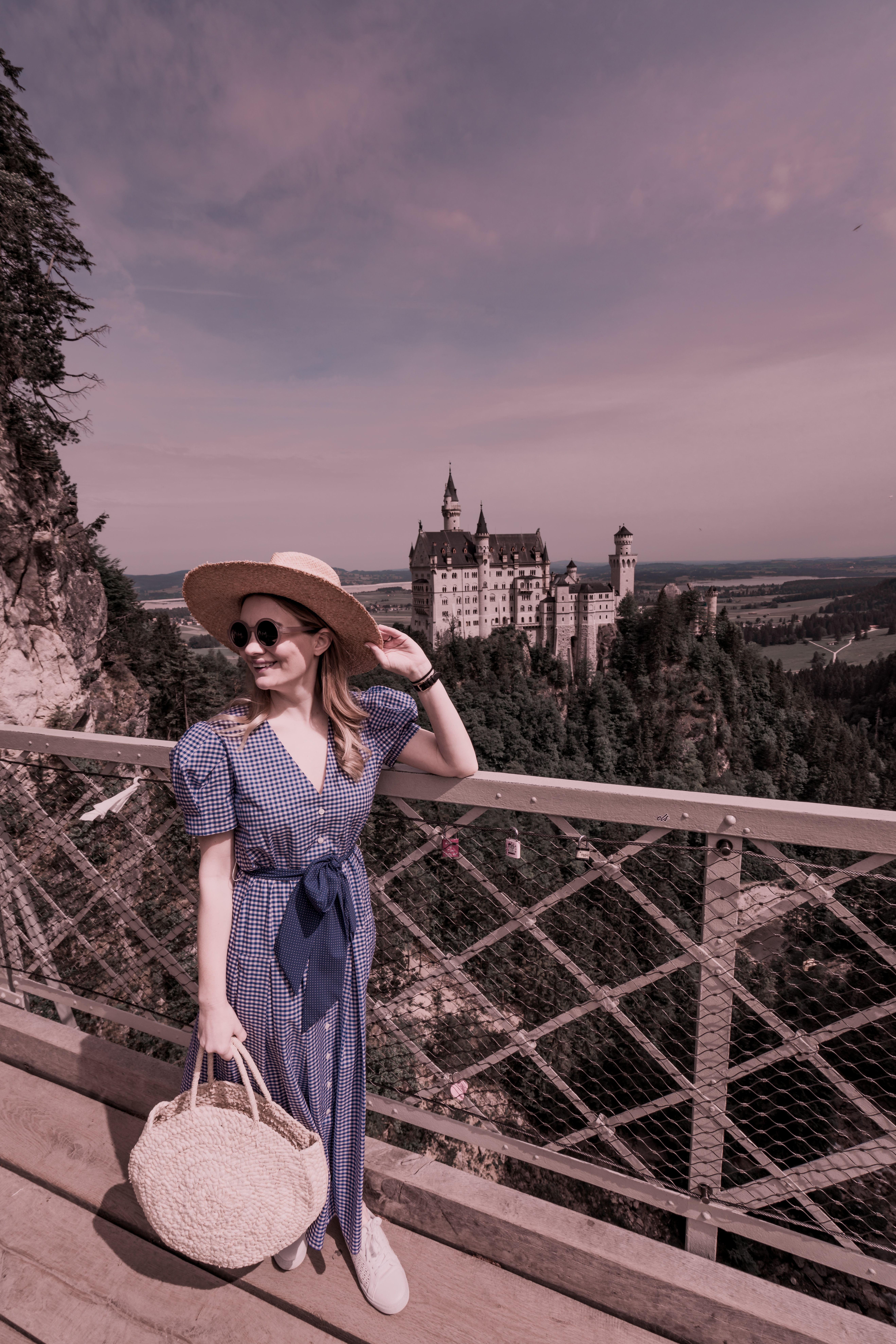 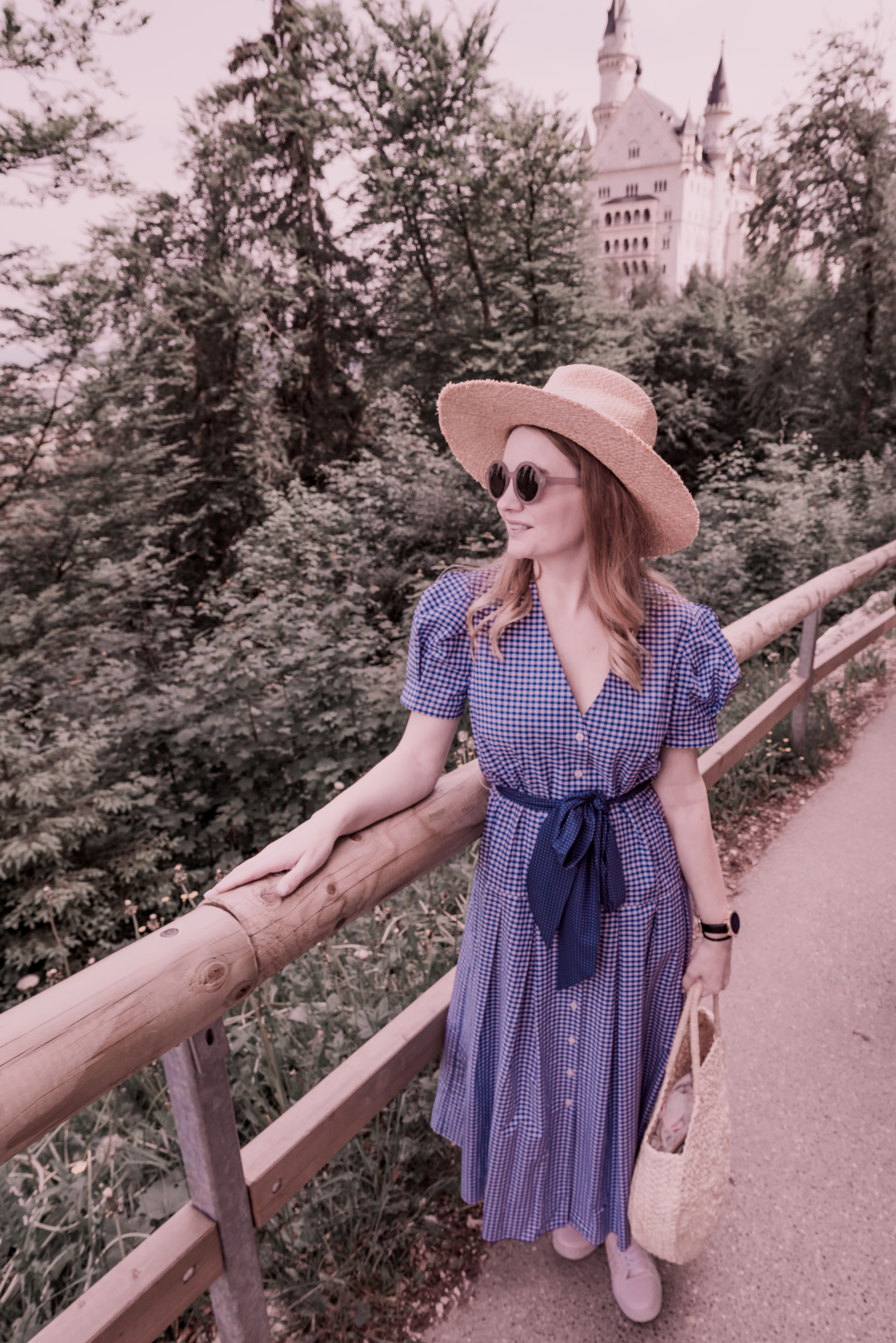 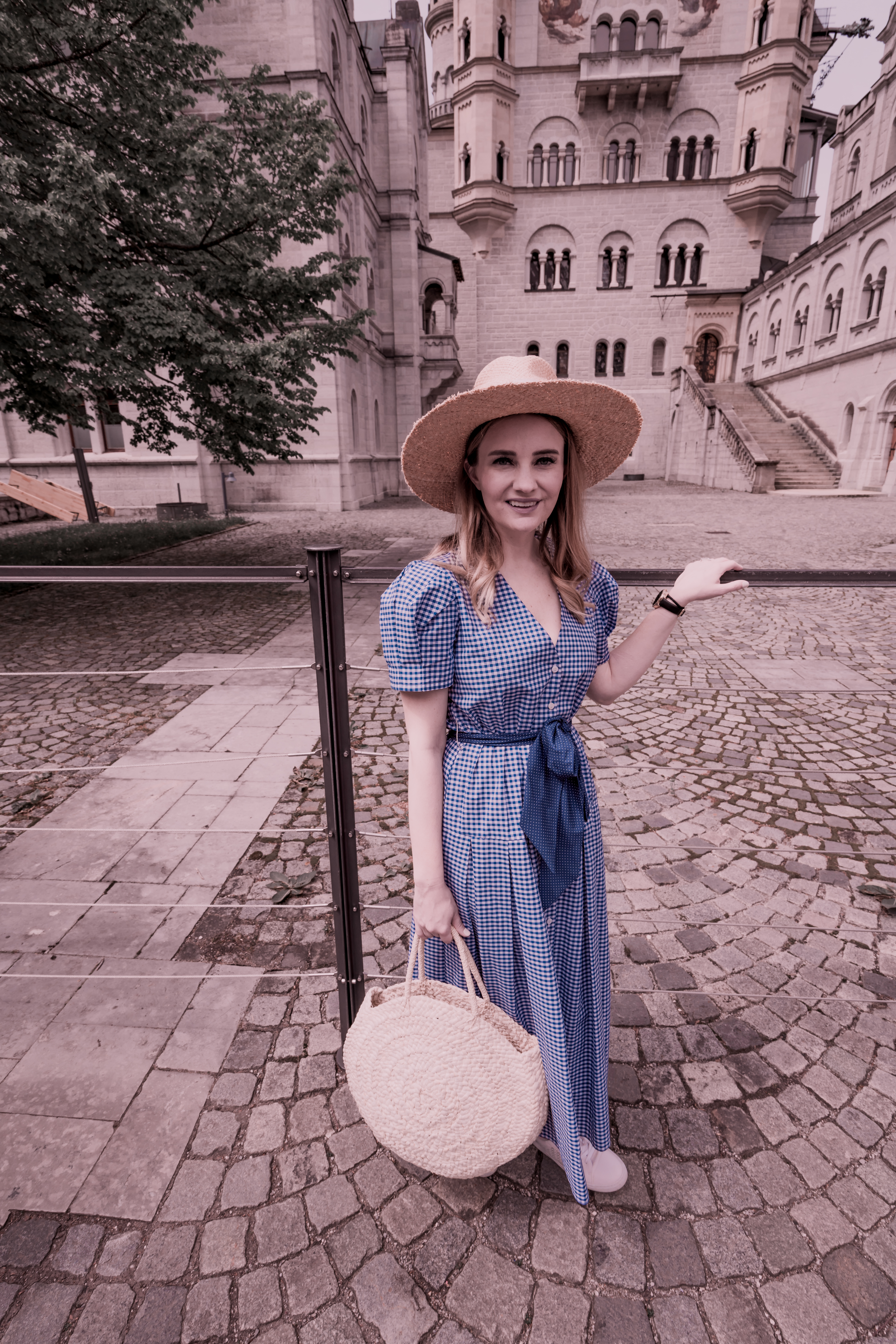 After touring the castle we had about an hour to grab some lunch on our own before departing on the bus for Oberammergau, which is a small mountain town in Germany known for woodcarving and the once-a-decade Passion Play.  We only had about 30-45 minutes in Oberammergau, but it was nice to visit some shops and get some souvenirs.  I really wanted to get an authentic Cuckoo clock, but I wasn’t sure how I would get it home.  I still regret not getting a clock — that would have been such a neat souvenir! 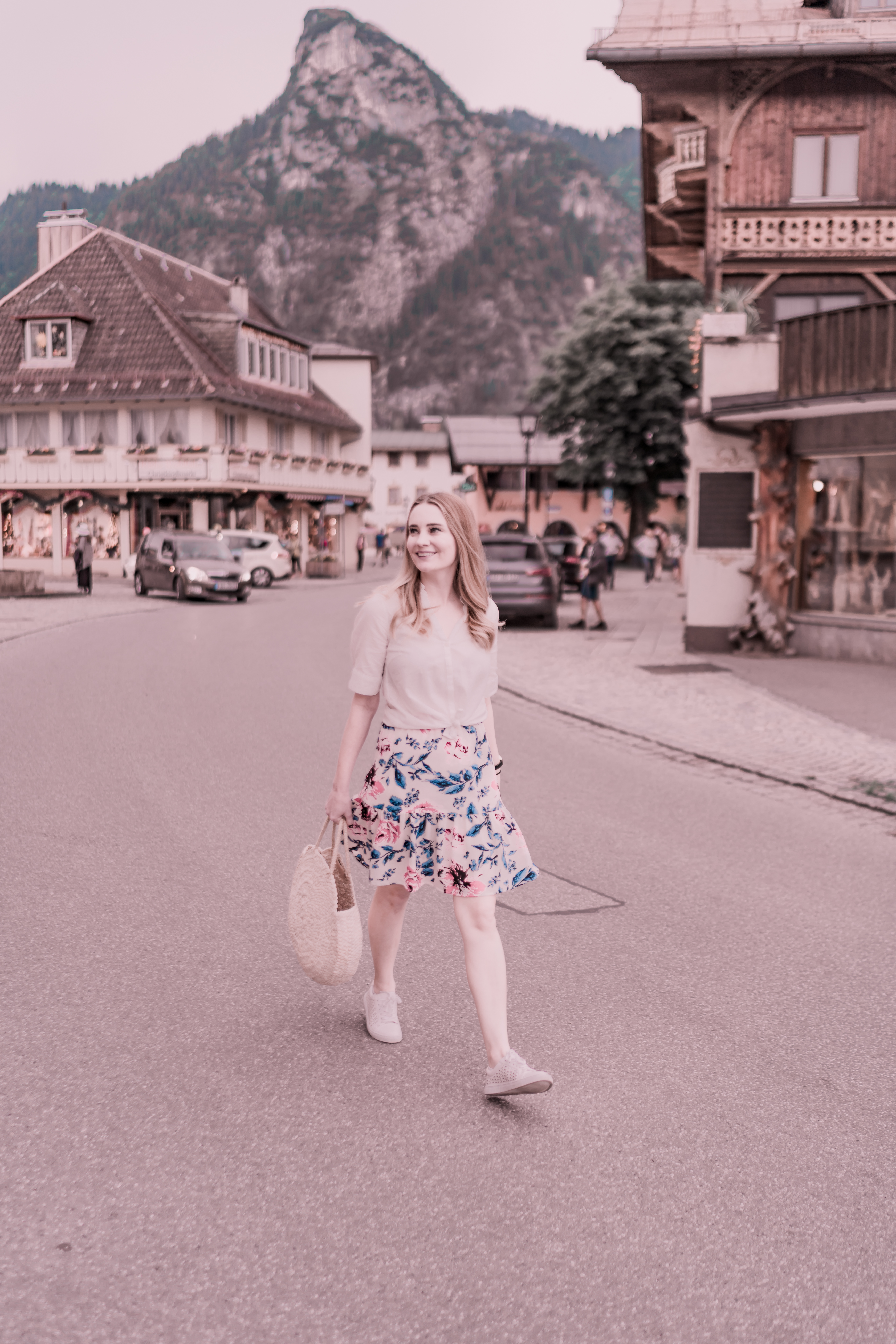 Our final stop of the day was Linderhof Palace, which was a second home of King Ludwig II and a complete imitation of the Palace of Versailles in France.  King Ludwig II was a huge fan of Louis XIV of France and in a sad and desperate attempt to make friends, he copied everything Louis XIV did, including his taste in decor and architecture.  Sadly, this didn’t work and King Ludwig II was still left with no friends and often spent his days alone in one of his two residences. 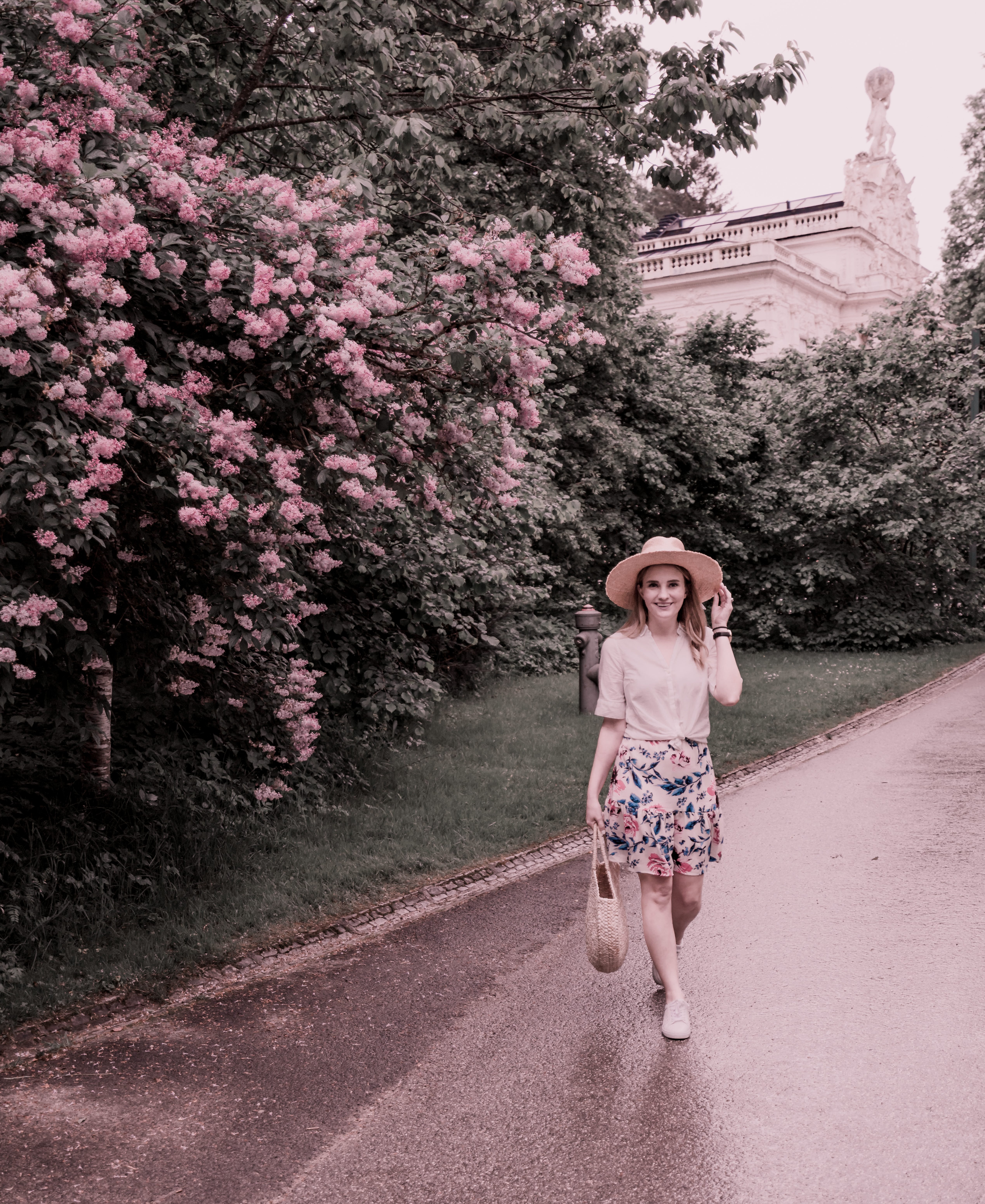 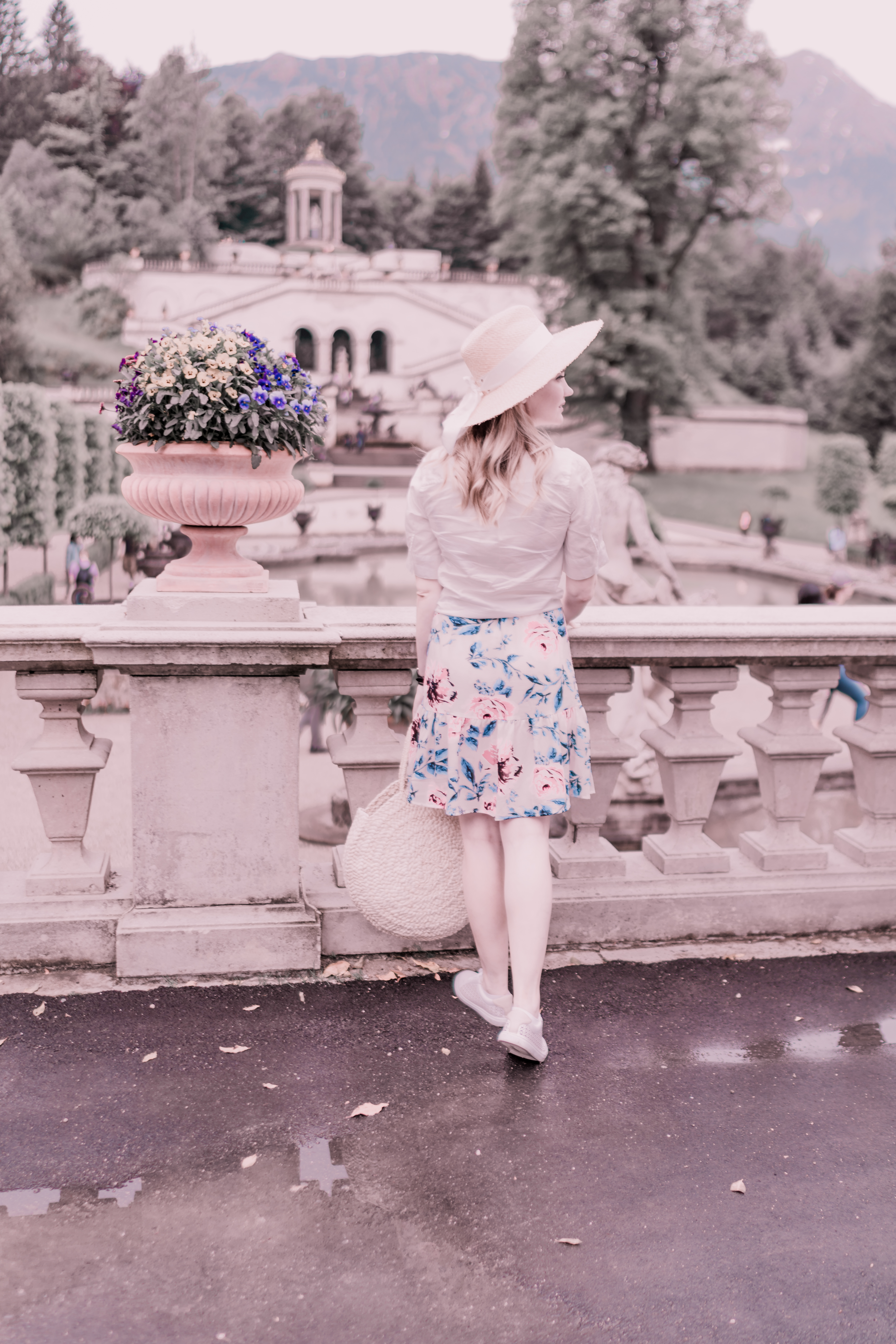 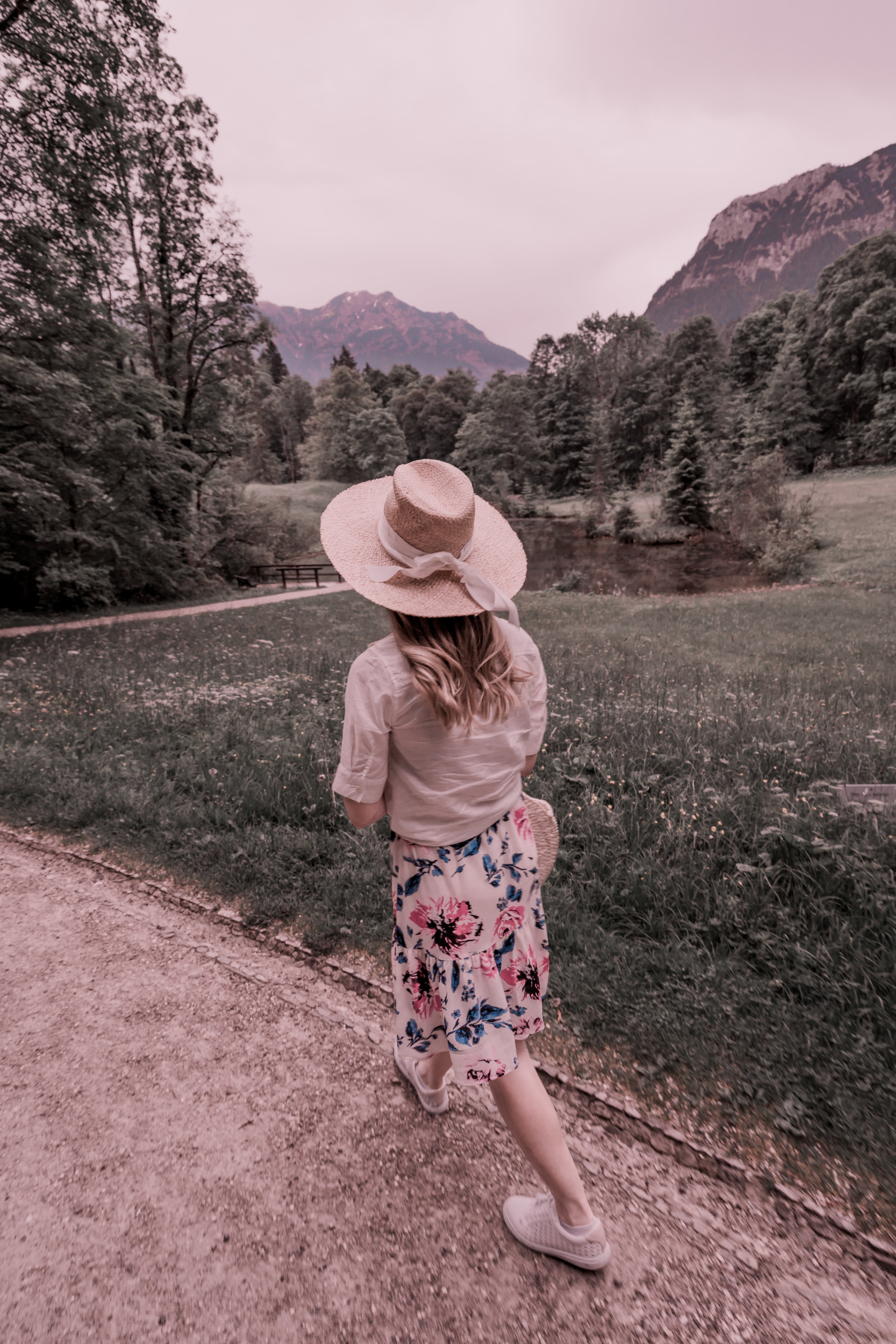 Overall, I would highly recommend visiting these attractions if you are ever in the Munich or south Germany area.  Even though it was a long day, we learned so much history and got to see some breathtaking views of the castle.  I would definitely say to take to take a guided bus tour if you are debating between that or renting a car and going on your own.