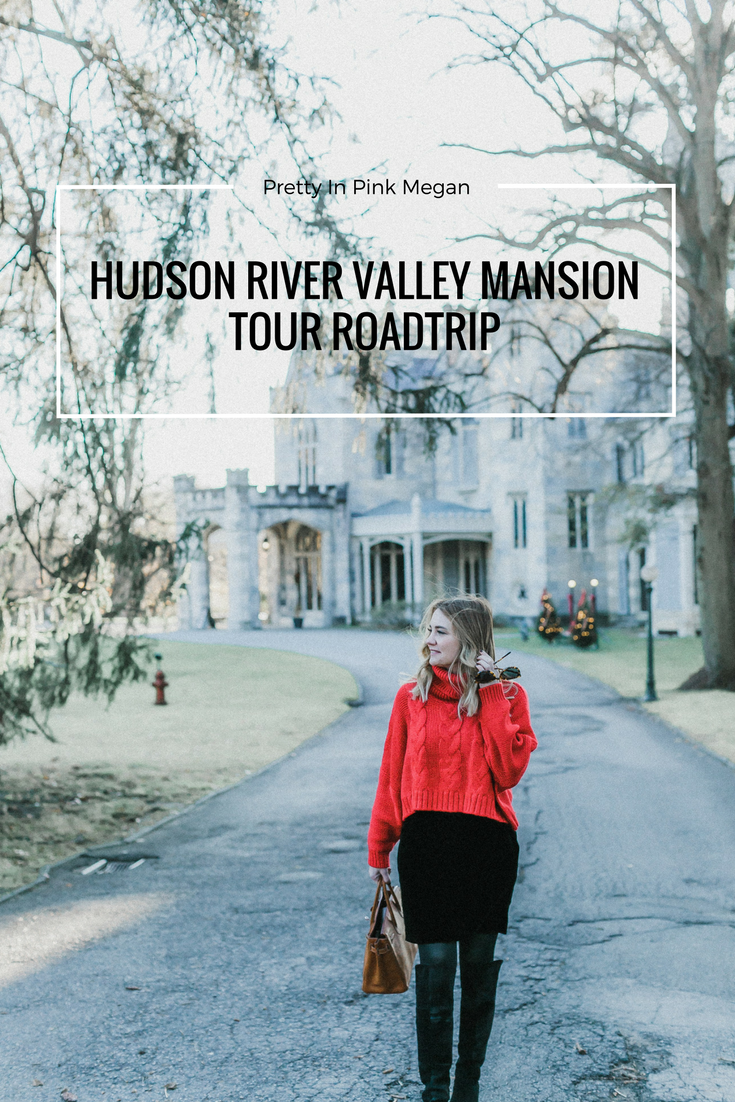 When my friend Collins and I were planning this trip to the Hudson River Valley, a lot of people were confused about where we were going and wondered why we chose this area to explore.  Let’s rewind back to when Collins and I were in NYC for Fashion Week in September — we were in the cab heading to the airport and Collins mentioned wanting to go tour the mansions of the Hudson Valley.  I really didn’t know there were a ton of mansions up there, but just the idea of going to this area of New York in the fall sounded amazing, and I’m always down for an adventure, so I said let’s do it!

I began researching all of the historic estates and mansions and was floored at how much history lives along the Hudson River.  A lot of these mansions and estates are from the gilded age of America where the growth of industry, iron, steel, and railroads fueled the opulence of several wealthy people who wanted to have an estate to get away from New York City.

How We Got There

We flew into LaGuardia Airport and rented a car from Enterprise.  This process was actually very simple and hassle free, and to be honest, driving in the greater NYC area wasn’t at all as stressful as I thought it would be.  We were able to seamlessly get from the airport to our first stop, which was Port Jervis, New York (with a pitstop at the Woodbury Commons Outlet Malls.

There weren’t actually any historic mansions in Port Jervis, but we had read about the Cedar Lakes Estate cabins and we knew that we had to stay at least one night here.  It was so peaceful and idealic and you can read more about our stay at my review here. 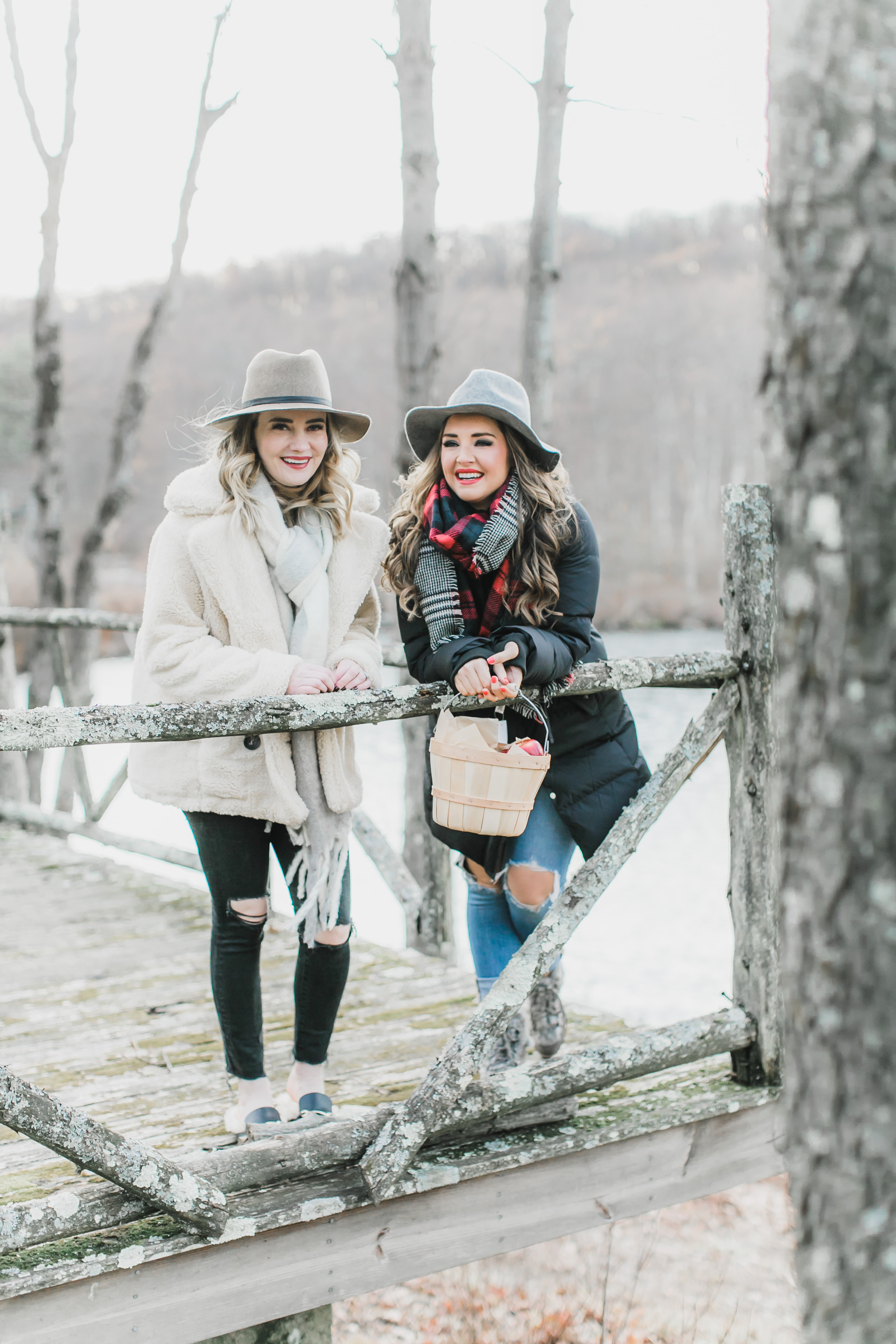 Our first mansion tour was at the Boscobel Mansion in Garrison, New York.  We were so excited to go on their Holiday Twilight tour where we were led through the house by candlelight like it would have been in the early 19th century.  This was a little bit of a drive from Port Jervis and back (about an hour each way), but we didn’t have anything else to do, so we didn’t mind.  We stopped in the cutest little town, Cold Spring, NY, on the way back and ate at the best Italian Restaurant called Cathryn’s Tuscan Grill — if you’re ever in the area you must eat there!

Lyndhurst Mansion was probably my favorite tour that we went on — it sits high on the hill above the Hudson River in Tarrytown, New York, just a short 30 minutes from NYC.  The story behind this mansion was fascinating and it was very entertaining hearing the history behind it from our tour guide.  Lyndhurst is one of the only Gothic Revival style mansions in the US and was occupied first by a former NYC Mayor and lastly by railroad tycoon Jay Gould who went all out with the opulent decor and hand-painted marble (which I learned was more expensive than real marble due to the time and labor).  This mansion reminded me so much of Downton Abbey and was so rich with history that an hour and a half tour felt like it flew by because we were so enthralled with the story-telling. 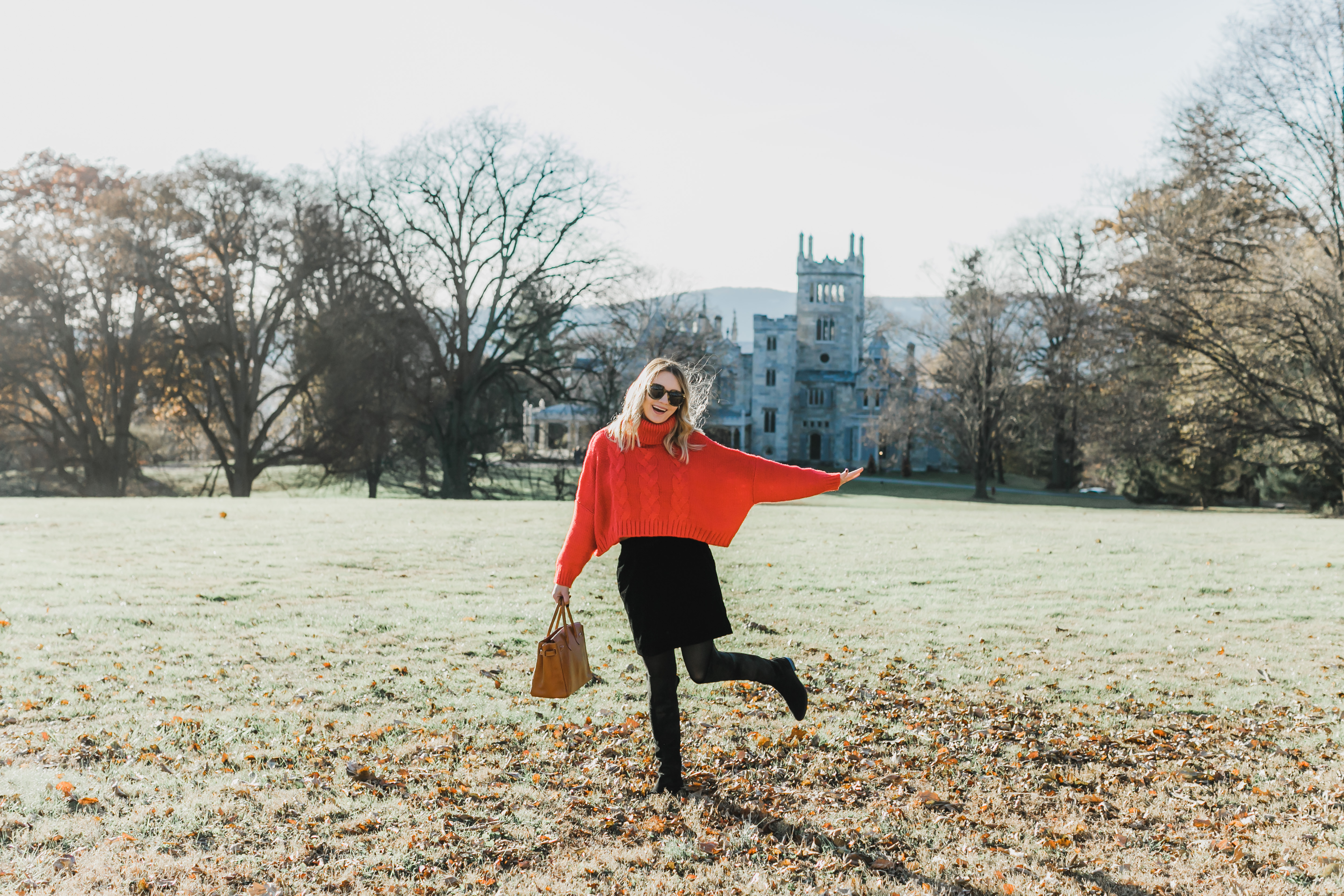 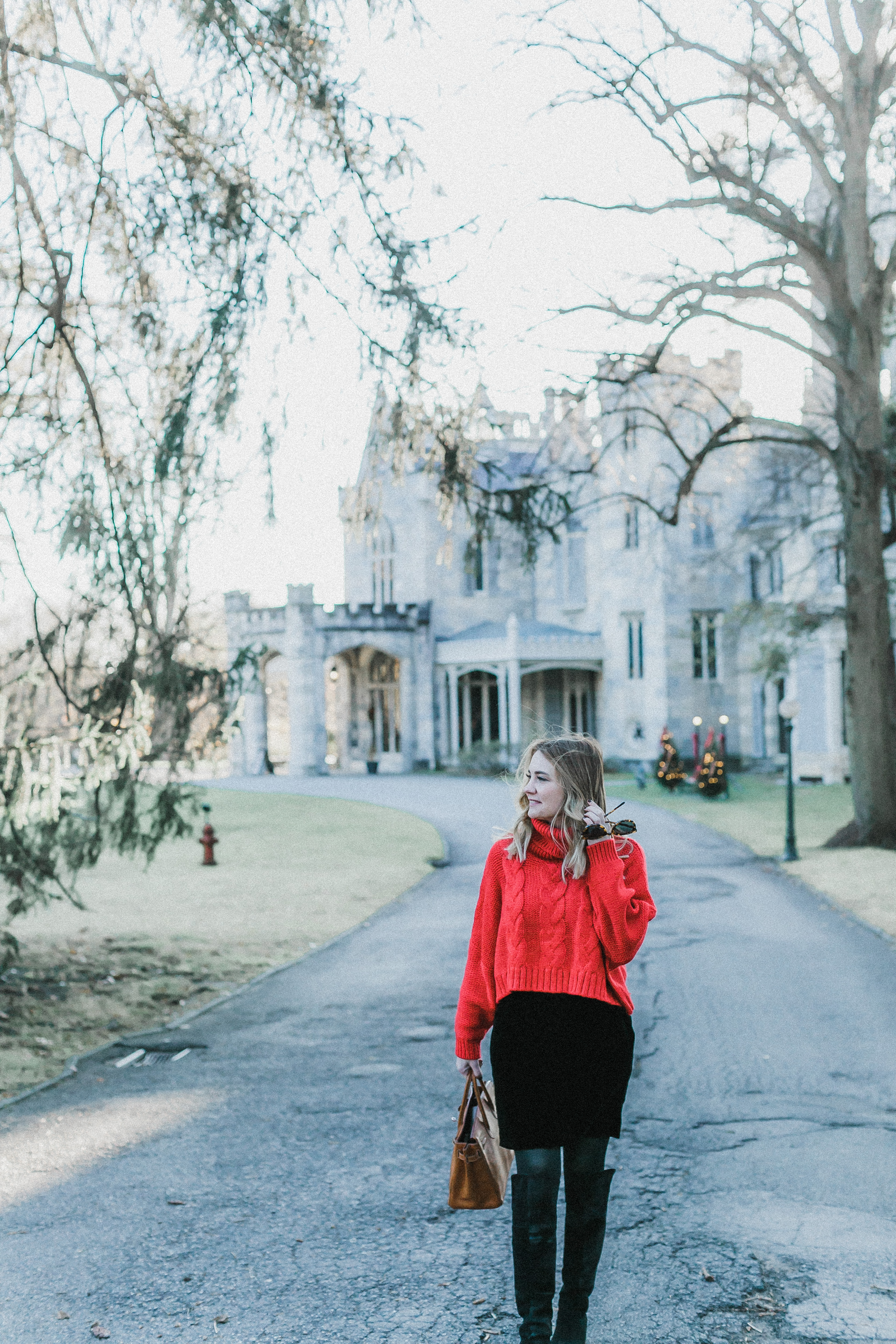 We didn’t actually stay here, but we were lucky enough to get to spend an afternoon at the Buttermilk Falls Inn & Farm to see the animals, get a tour, and have dinner at their lovely restaurant, Henry’s at the Farm.  This was one of my favorite places we went because, obviously, I love animals … and we got to tour their entire farm which included goats, llamas, donkeys, chickens, alpacas, and a bee farm.  We learned how to make honey, how to approach a llama and how not to approach a llama, and we ended the day with a delicious meal at their very own restaurant. 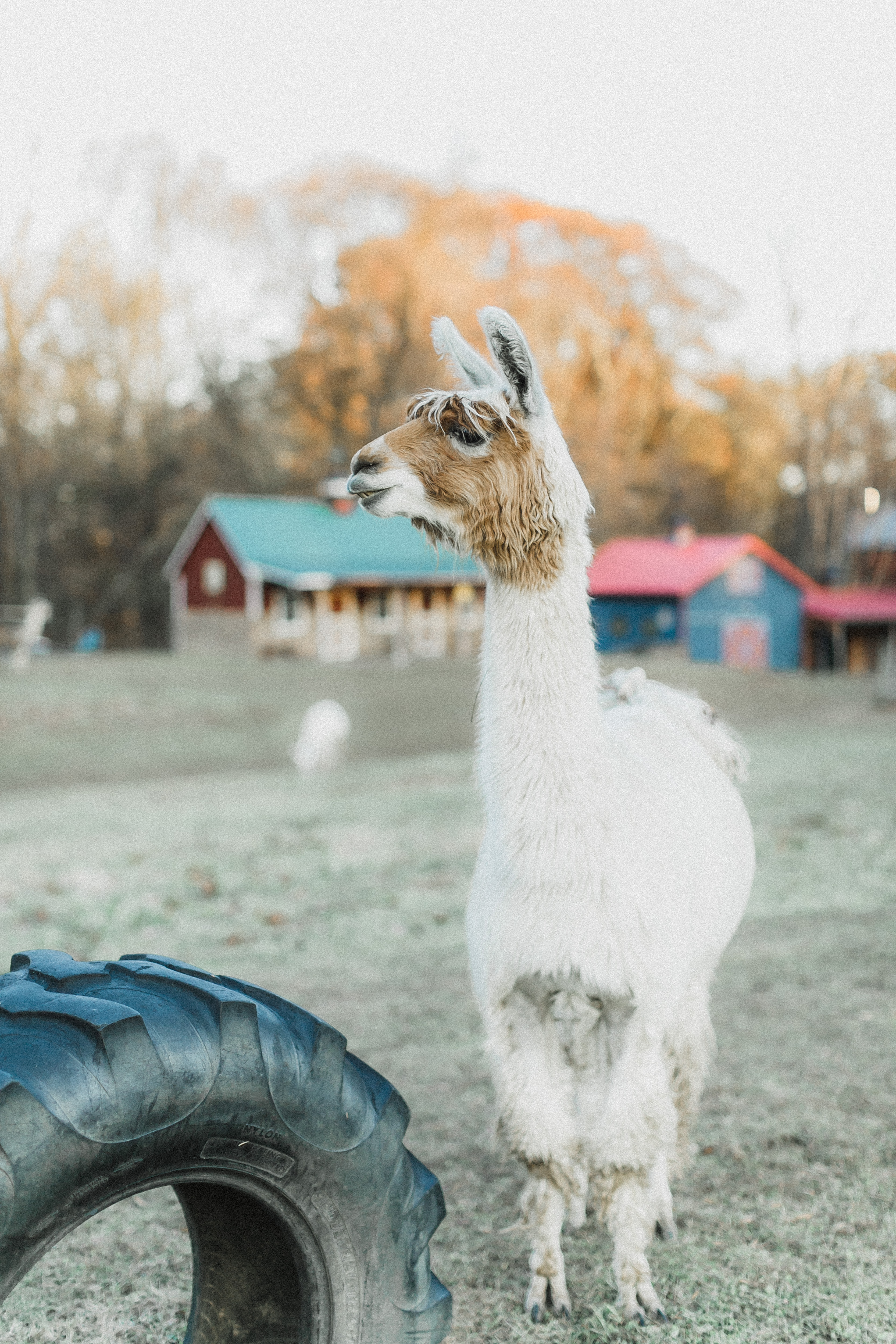 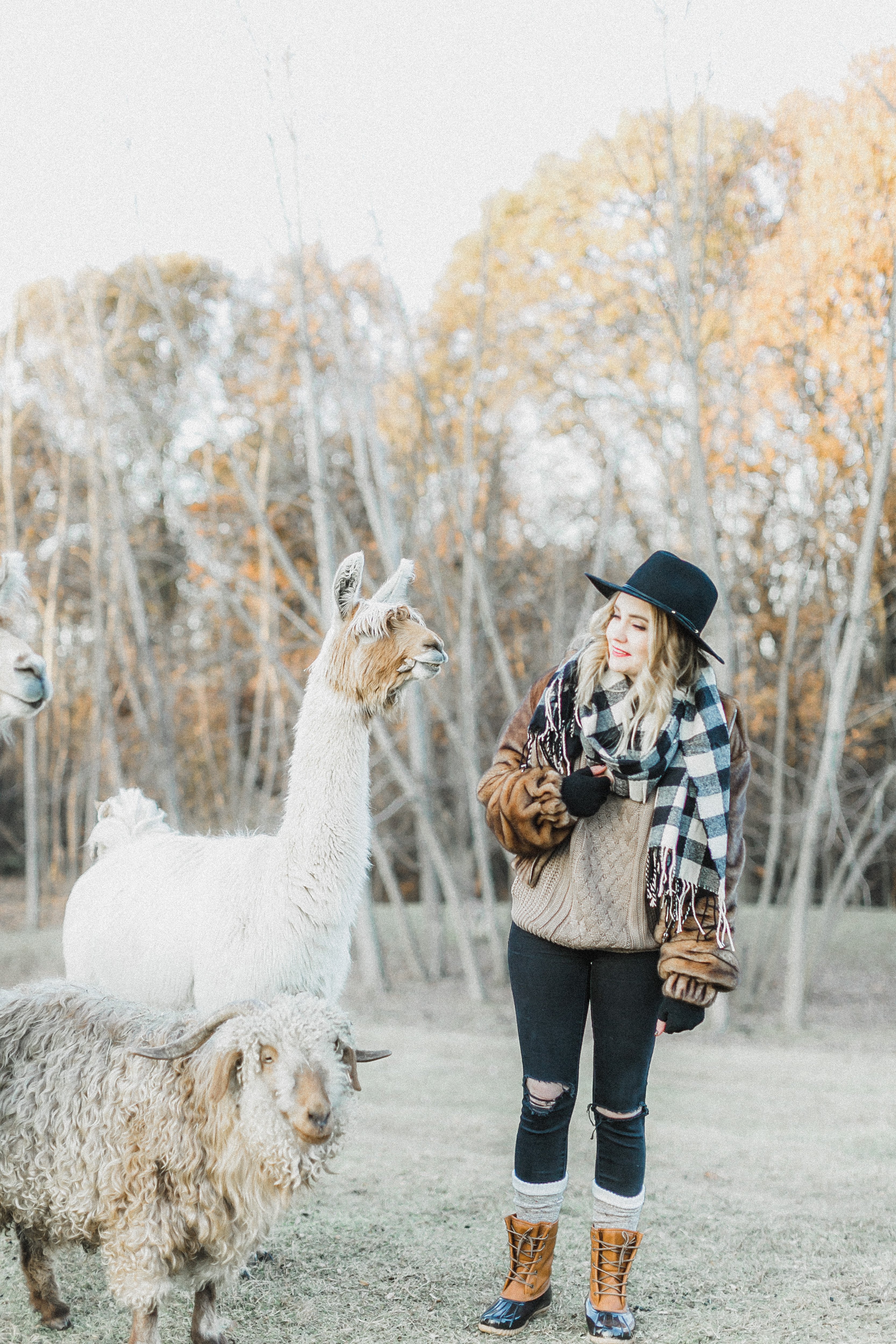 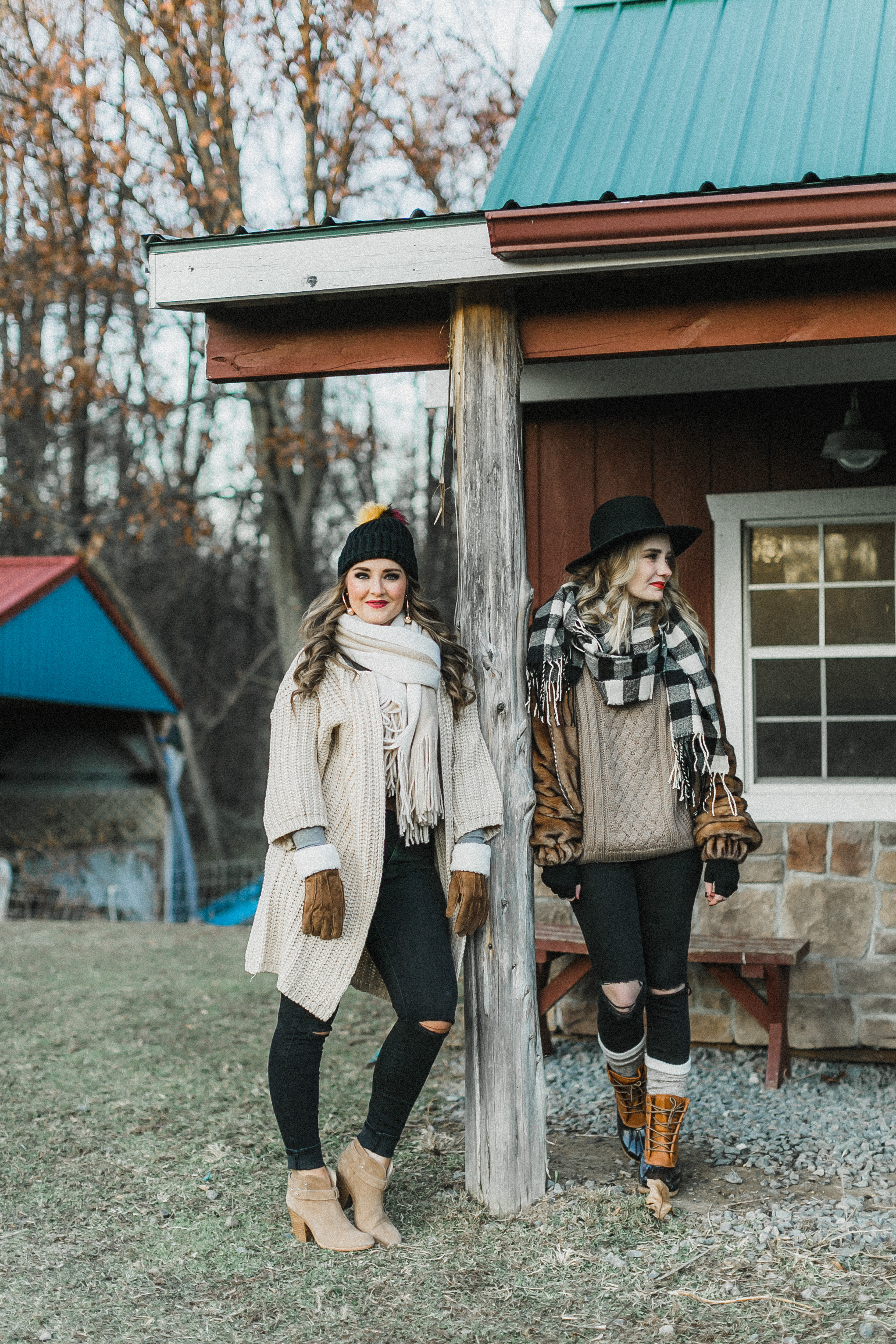 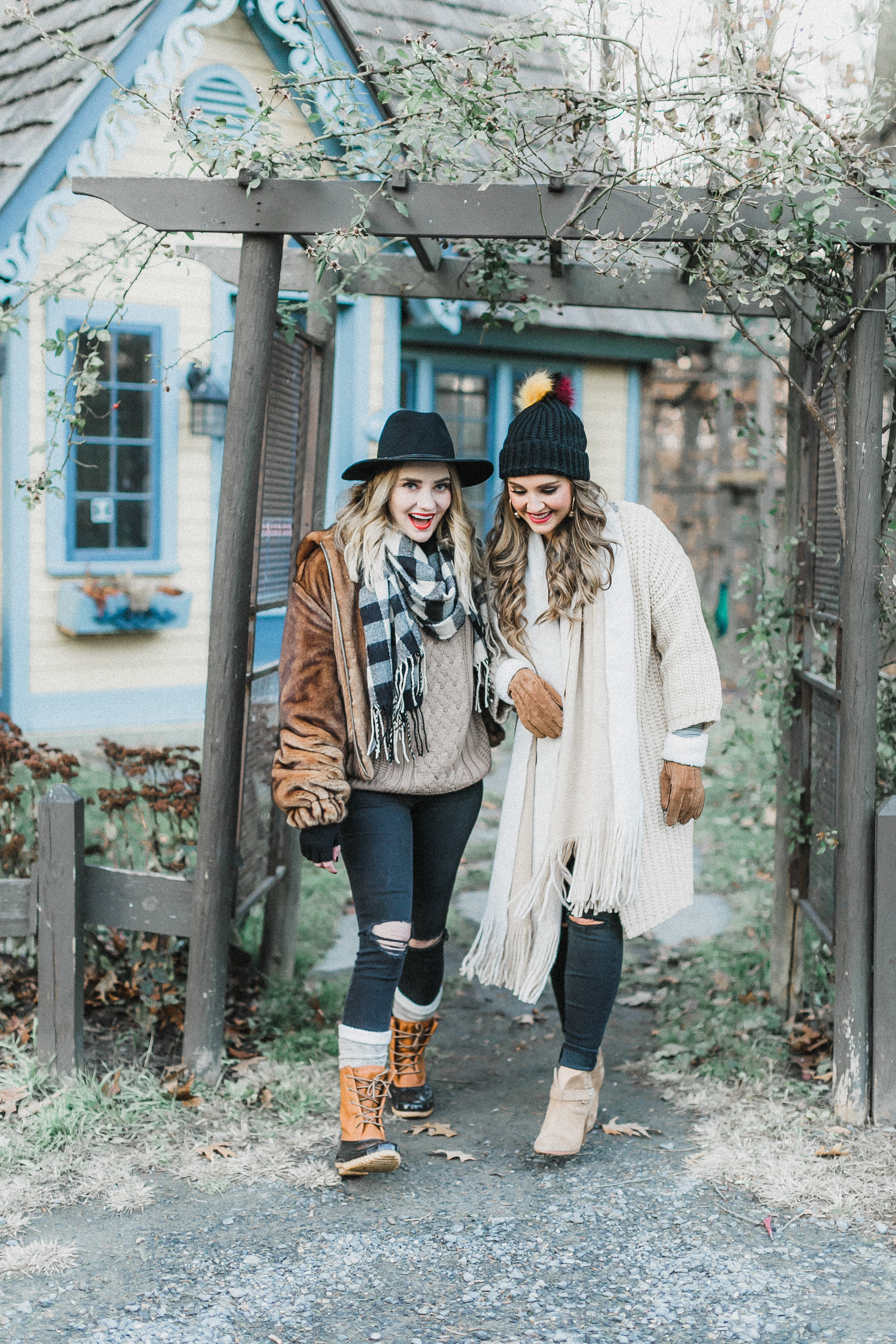 I have always wanted to visit one of the other many Vanderbilt Estates, Biltmore (in Asheville, NC), so I was excited to get to visit their “less flashy” estate in Hyde Park, NY that they called their country home.  I say “less flashy” in quotation marks because it was certainly flashy and extravagant to me, but what I learned on my tour is that they actually wanted this house to be not as garish as their huge Biltmore Estate in North Carolina.  I still hope to get to tour the Biltmore Estate one day! 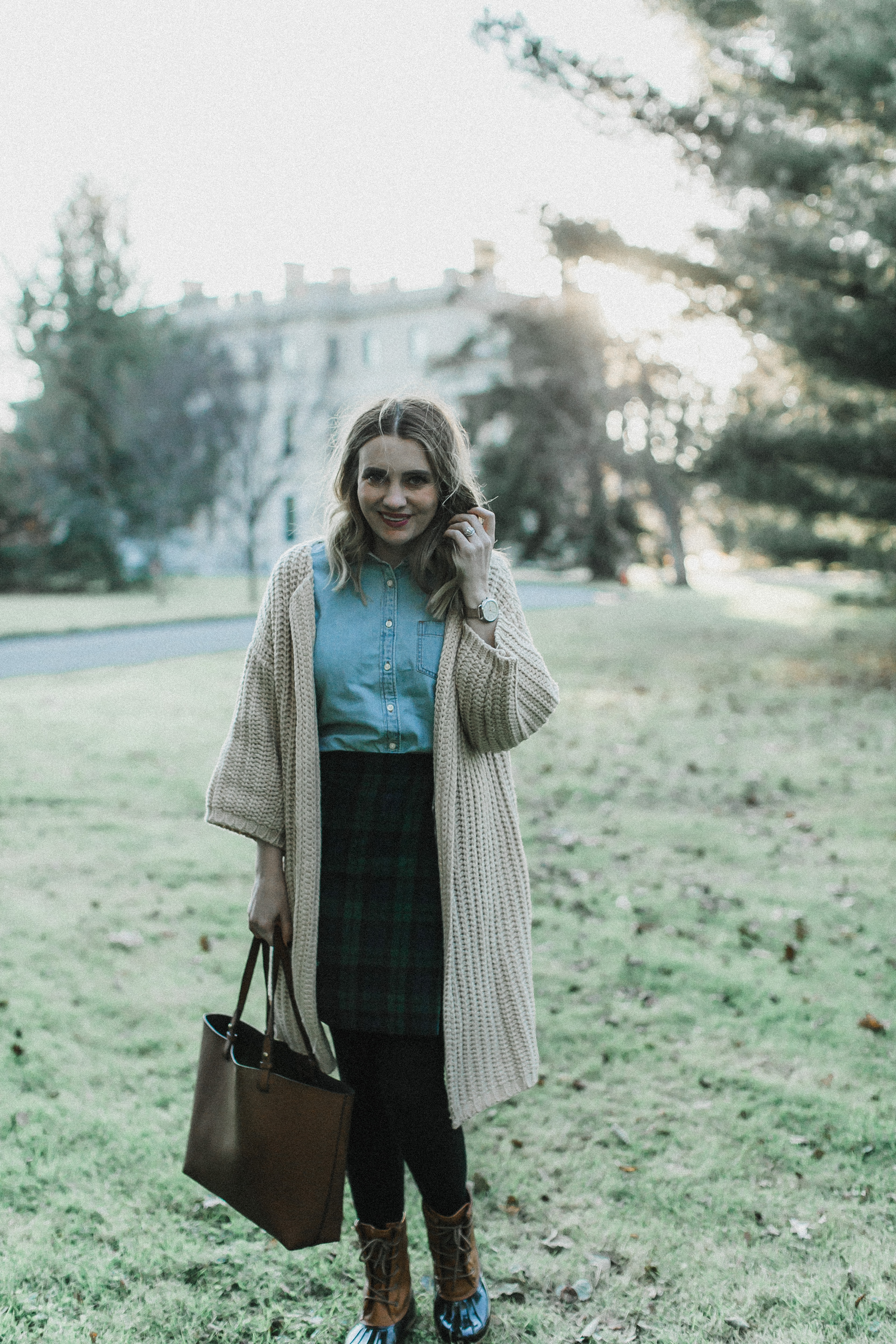 This was one of the smaller mansions and was a little off the beaten path, but it was still beautiful nonetheless.  Montgomery Place is actually on a college campus and overlooks the Hudson River and Catskill Mountains. 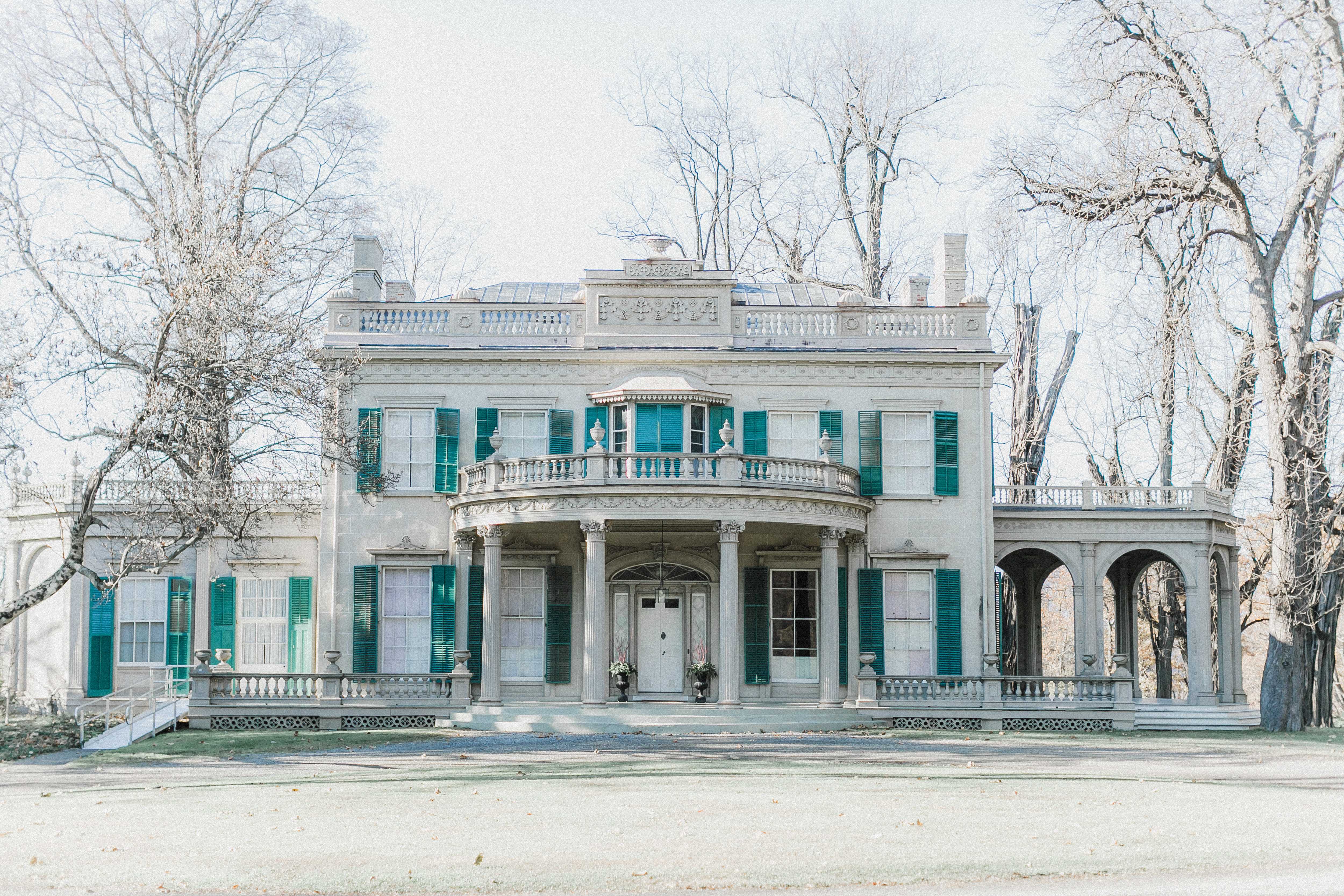 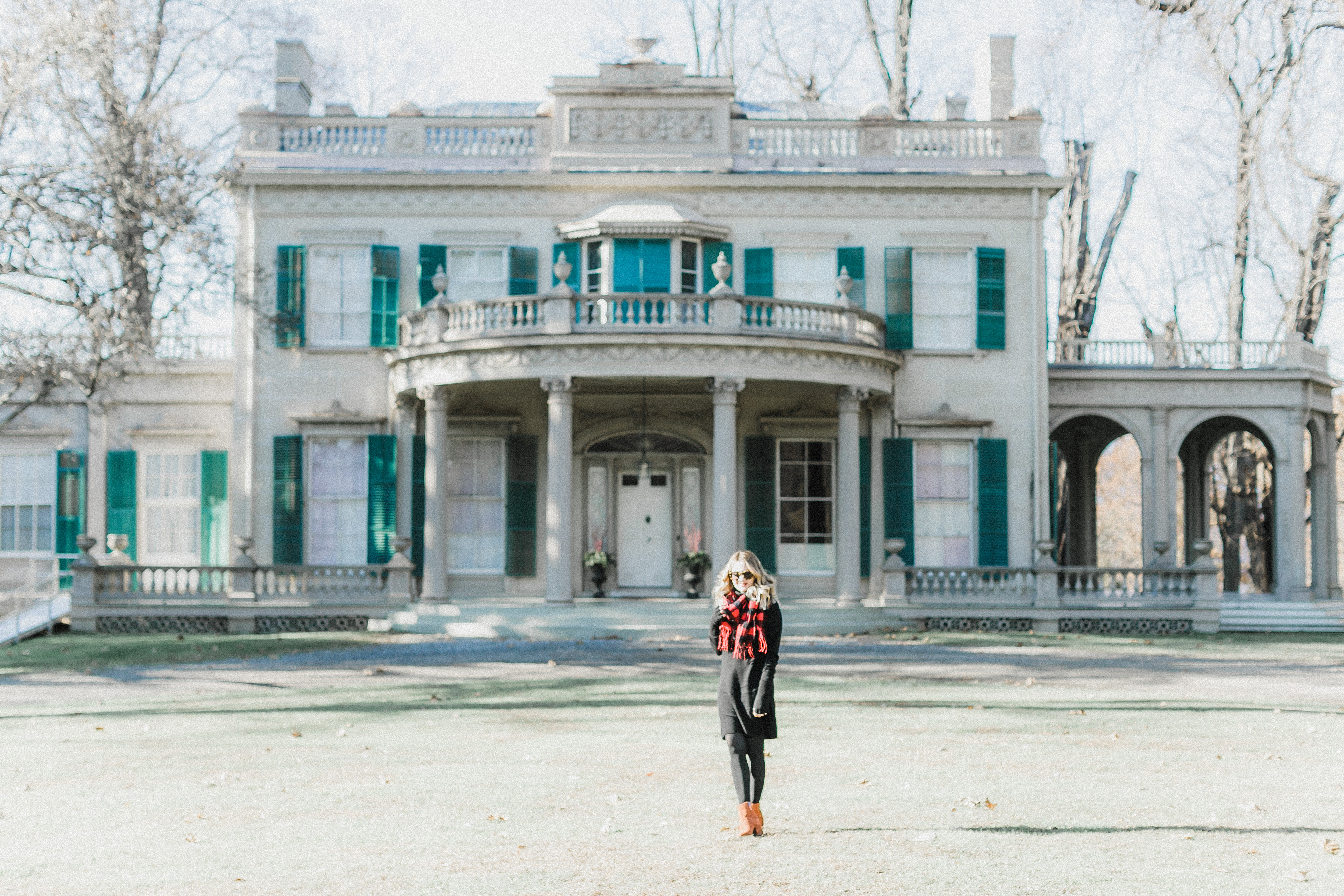 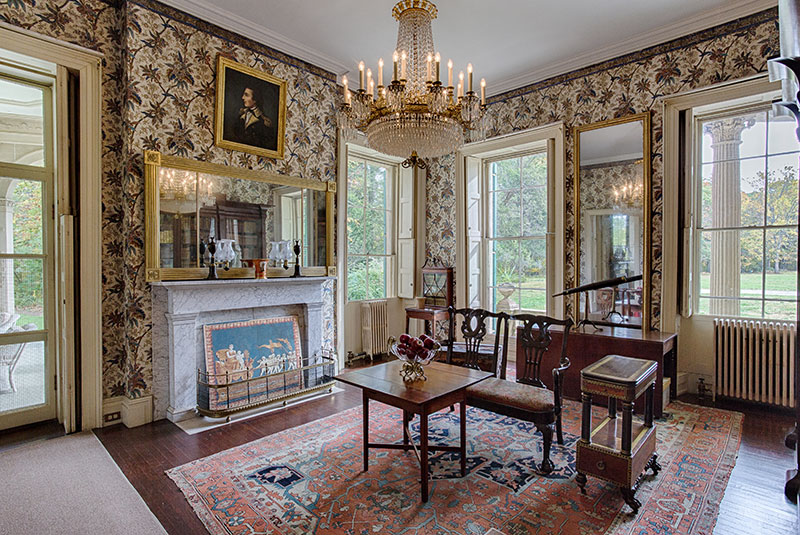 Alright, so what I learned on this trip is that if you want to see ALL of the historic estates and mansions (we missed the Rockafeller and Roosevelt mansions), you need at least a whole week to tour around.  Also, this is not the trip for you if you don’t like tours or history.  We were literally the youngest people by a solid 20 years on all of our tours, but I find this kind of stuff fascinating! Please let me know if you have any questions at all 🙂