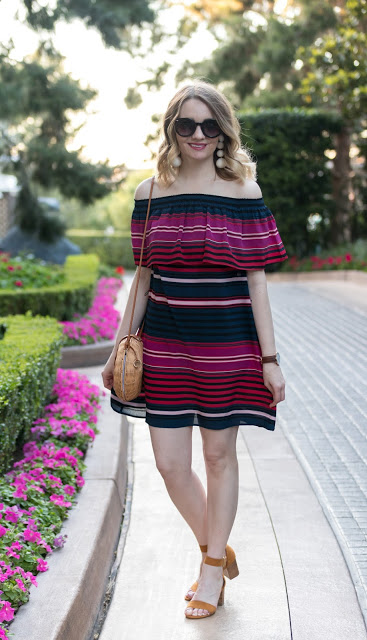 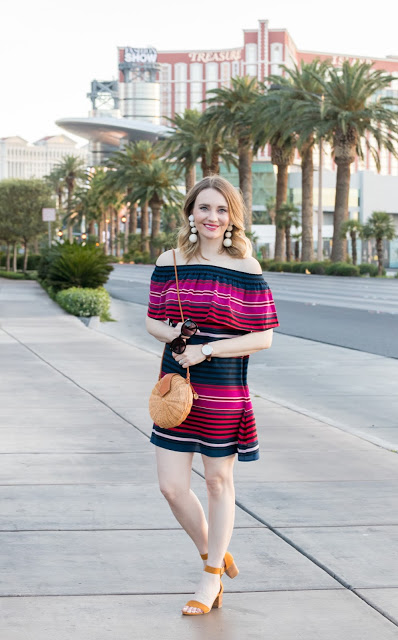 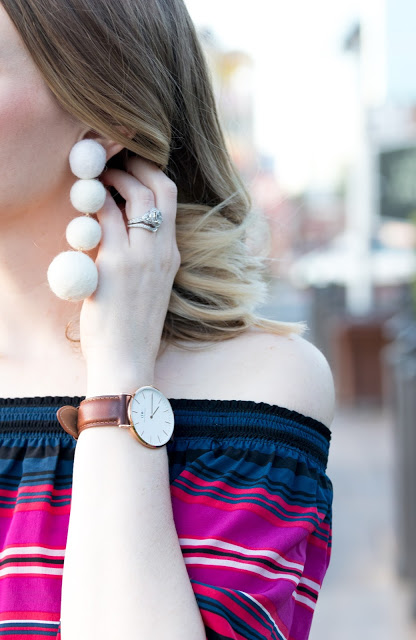 People always ask me what to wear to dinner in Las Vegas and this outfit is a prime example of what I usually wear when we are there.  I try to keep it somewhat classy by Vegas standards with a cute dress and low heels (because walking everywhere will hurt your feet).  I think if you are young and fit then by all means go for the typical scandalous Vegas look, but when you are over a certain age it’s time to lock it up!  I saw way too many people this past time trying to pull off something that was so age inappropriate that it made me feel uncomfortable! You can look fun but still look cute and classy (to which Rob replied, “Megan, some people just like to let loose” 🙂 ).
!function(d,s,id){var e, p = /^http:/.test(d.location) ? ‘http’ : ‘https’;if(!d.getElementById(id)) {e = d.createElement(s);e.id = id;e.src = p + ‘://’ + ‘widgets.rewardstyle.com’ + ‘/js/shopthepost.js’;d.body.appendChild(e);}if(typeof window.__stp === ‘object’) if(d.readyState === ‘complete’) {window.__stp.init();}}(document, ‘script’, ‘shopthepost-script’);