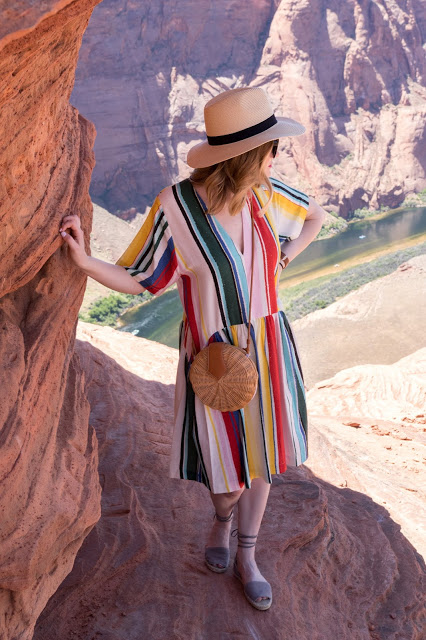 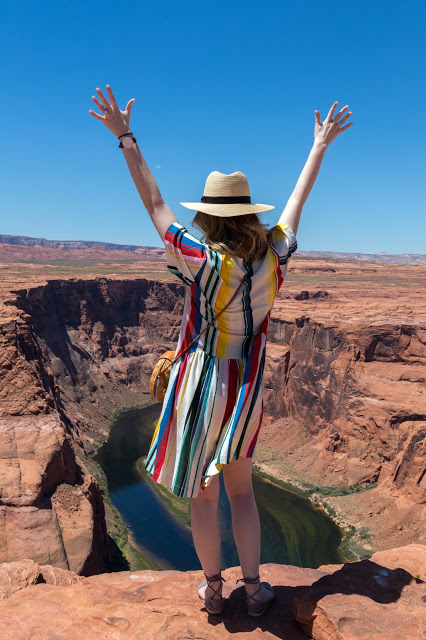 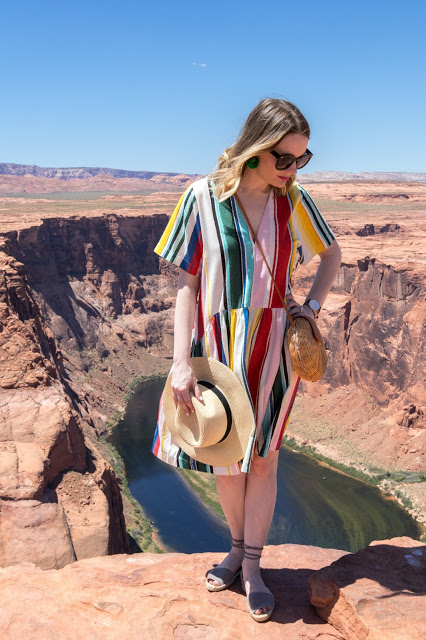 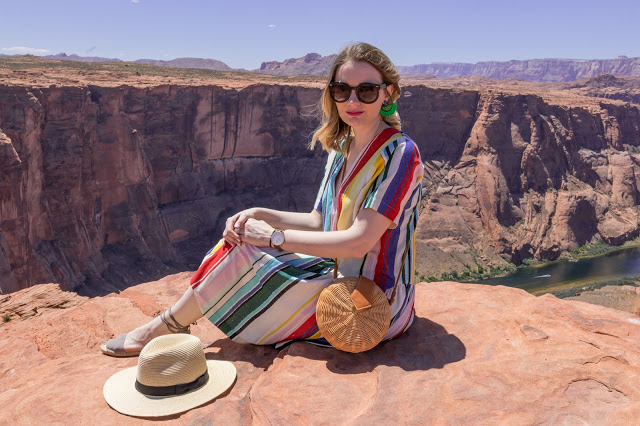 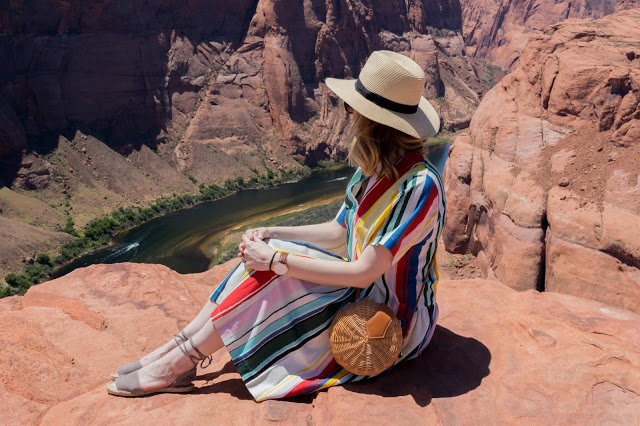 One of my favorite parts of traveling is getting a rental car and just exploring! We always get a rental car when we go to Las Vegas and this time we decided to trek down to Horseshoe Bend which is about a 4 hour drive from Las Vegas.  We have already done the Grand Canyon in years past so this was a nice getaway for the day.
To get to Horseshoe Bend we got to take some pretty scenic roads.  You are on the interstate for about 2 hours and then you take backroads the rest of the way down into Northern Arizona.  I knew that Horseshoe Bend was popular but I did not expect there to be so many people!  We pulled up to herds of people and the crowds didn’t stop the whole time we were there.
We spent about an hour total at Horseshoe Bend just looking around and taking in the views.  There are several different lookout areas where you can take pictures.  Overall I would say that it is definitely worth the drive just to see it!
!function(d,s,id){var e, p = /^http:/.test(d.location) ? ‘http’ : ‘https’;if(!d.getElementById(id)) {e = d.createElement(s);e.id = id;e.src = p + ‘://’ + ‘widgets.rewardstyle.com’ + ‘/js/shopthepost.js’;d.body.appendChild(e);}if(typeof window.__stp === ‘object’) if(d.readyState === ‘complete’) {window.__stp.init();}}(document, ‘script’, ‘shopthepost-script’);