Oddly enough, a lot of you continue to ask me on blog comments and Instagram how I curl my hair when I use a curling iron.
I can’t say that there is some super-secret special way that I use the curling iron.  I probably use it like the majority of you all use a curling iron, however, there is a little trick that I like to do to make the curls last for longer. 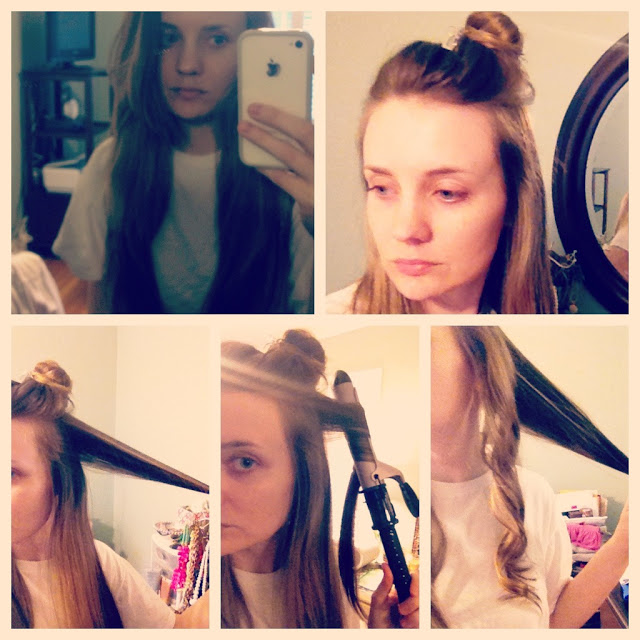 1. Start out with freshly dried hair
2. Take the top section of your hair and roll up into a bun and secure with clip.
3. Start on one side and curl away from your face section by section.

4. This is where I like to do a little trick- I take the freshly curled hair and roll it up into a twisty bun and leave clipped while I do the other side.
5. Go to other side and curl.
6. Twist other side up.
7. Now you are left with the top portion of your hair.  Curl the top including your bangs away from your face. 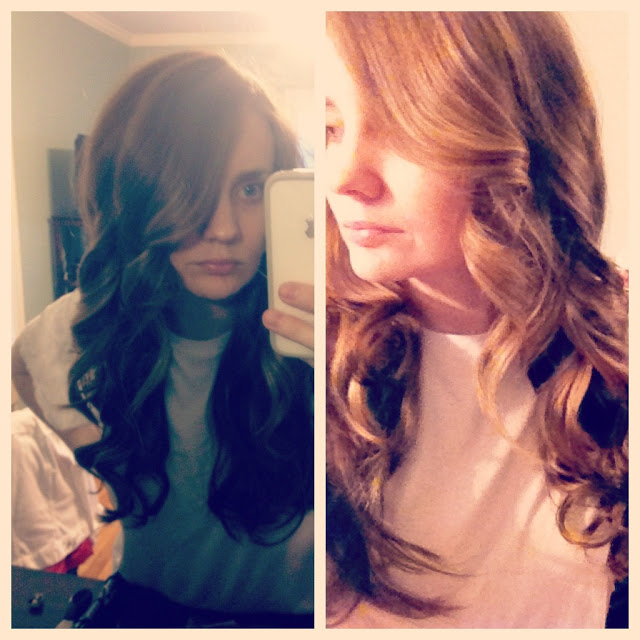 8. Once all of your hair is curled, run your hands through it.
9.  Done
Now, if you’re doing this at night, which is what I do a lot, here comes the fun part.
Twist your hair into sections and secure with clips.  You can leave them in as long as you want, but with your hair freshly curled this will REALLY make sure your curls stay for a long time.  I sometimes even sleep with my hair like this and the curls are insane the next morning; they last for days. 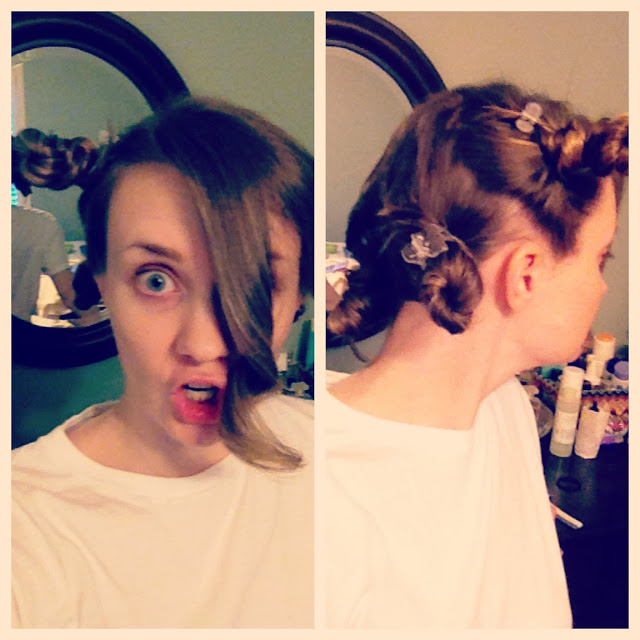 Make sure you don’t go in public like this.  Or do.  Just do what you feel.