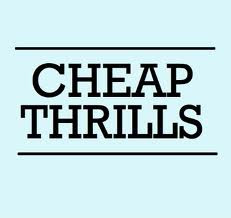 Recently I received this question from a reader and I thought this would make a great post!

I love your blog & your fashion style! I was wondering if you had any clothing brand/store suggestions for people who are on a Forever21ish budget that want cute/stylish clothing? I have purchased many things from Forever21 and I’m sure like all cheaper brands I have been disappointed with 80% of the items and sent them back (I’ve only ordered online, never actually been in their stores). I am just kinda burnt out on Forever21 and wondered if you had any favorite cheap clothing brands/stores. Thanks so much!

This really is a great question because I totally agree. I think all of you all can tell that lately I have been a big fan of cheaper clothing items. Do I still get Tibi and other designer stuff? Yes. But I definitely don’t get it as often as I used to. The reason for this is simple– I had a realization that I just don’t go enough places to warrant spending tons of money on clothes. I had expensive dresses that were just sitting in my closet that had never even been worn. I really had to have a “come to Jesus” with myself and realize that I was just wasting money. I’d rather spend that money on expensive shoes or purses and get clothing items on the cheap. Not to say that I don’t still indulge in expensive clothes, I just don’t do it as often.
Most of the time things I order off of the F21 website get delivered and either get returned to the store or sent back. But really, that is just the risk you take when ordering from f21. I have learned to just deal with it as going in the store gives me extreme anxiety, but every once and a while I will suck it up and head over to f21!
I have found that the best time to shop at a f21 store is when there is NO ONE ELSE in there! The best times for this are early mornings as soon as they open. Also, you have to go in with a plan. The stores are so cramped and poorly organized that you have to be willing to comb through every rack to see if there is something that you like. I have recently really gotten into H&M! We do not have one in Memphis, however, when I am out of town for work I will stalk the H&M and stock up for seasons at a time! H&M has some VERY affordable items and they are super-cute and well made for the most part. I find that H&M quality definitely trumps f21. H&M doesn’t currently have an ecommerce site for the US, but apparently one is in the works to be finished by the end of the year. TJ Maxx is also great for trendy items that are less expensive. TJ might even be more unorganized than f21, but there are some hidden gems nonetheless!
Also, might I suggest eBay! I will occasionally browse eBay for expensive items for a lower price. I have found that eBay has sucked a lot recently, but it never hurts to look!